The project is based on research into reusing typologies from urban figures around Manchester, including John Ryland’s Library which uses the type of service and served space. Design ideas came from theories such as; under determination and poche, to create a pocket within the city of Manchester as a common ground between the populations. It removes boundaries amongst the old and the new fabric of the city, increasing the density and diversity of Manchester, ultimately creating a livelier city. To achieve this the market hall is surrounded by four concrete cores that serve an internal courtyard area, which is lit by natural light from a central driven void space. 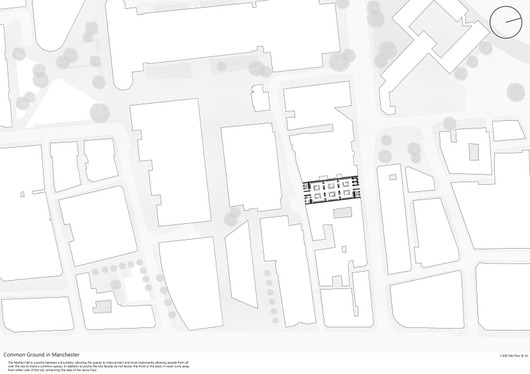 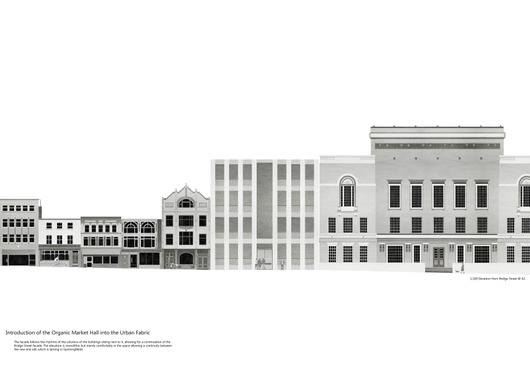 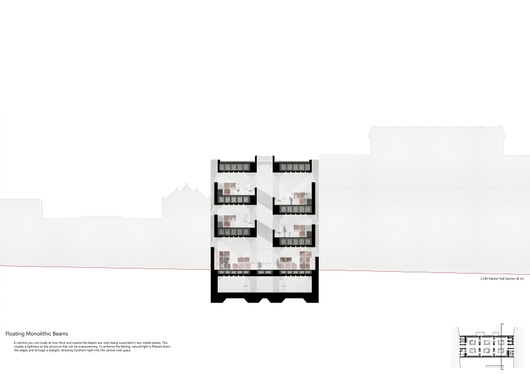 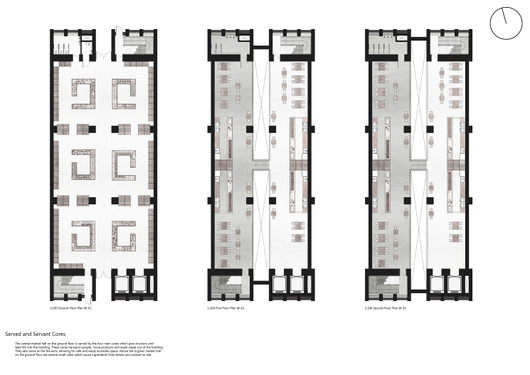 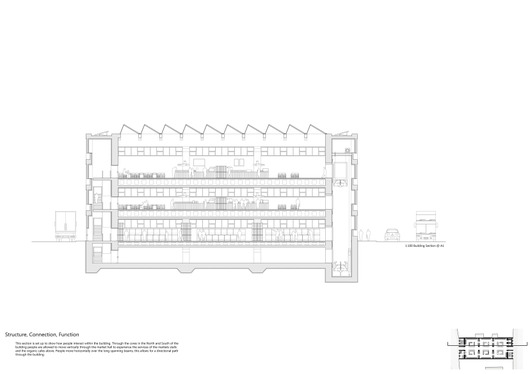 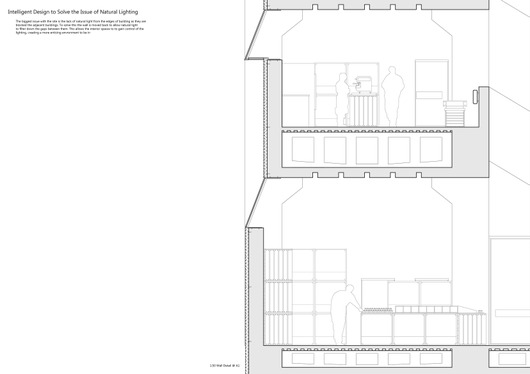