The space of food is all around us. The presence of food often generates a feeling of intimacy, sometimes for just a short time, and even before we eat. Such a thesis feeds into the thinking behind this project; Empire Gastronomy. The narrative of the building was derived from an awareness of how the rituals of eating played out on the plane of the dining table, similar to the rituals of the urban life as depicted in the city grain. The manner in which the guests sitting round a table interact during the course of a meal can be compared to the way in which people interact in the space of the building. Everyone around a table obeys social rules, just as we do in life; and the movement of props during dinner all describe particular relationships and events in time. So it is with the space of architecture. 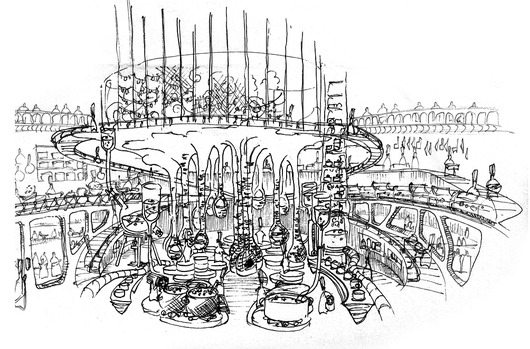 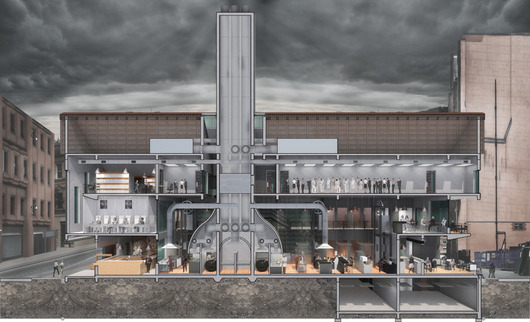 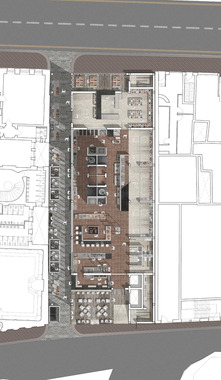 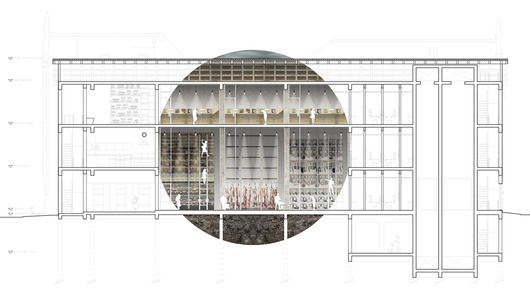 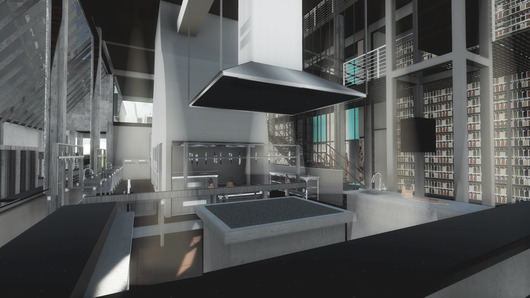 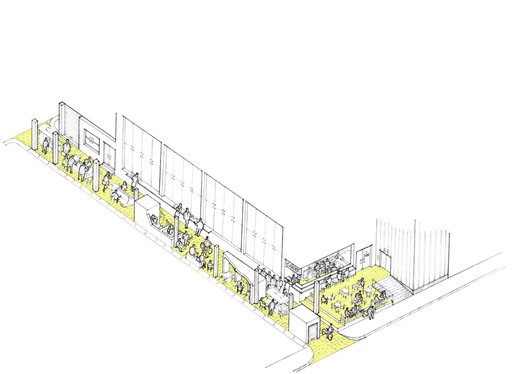