The experience of taking film stills from a laptop screen directly in front of you is intimate in comparison to the immersive atmosphere of a movie theatre. In a cinema the moving image comes out towards you, giving the feeling of being encapsulated in the moment. The former however, has more of an object-hood. Something you are looking at rather than being immersed in, similar to the experience of encountering a painting.

John Stezaker talked of the passive process of watching a film due to its sequential nature. The lonely image gets lost in a sequence and is never fully understood as its own entity. I aim to explore this through the mediums of paint and print due to their ability to isolate an image. This slows down the act of looking through my own deconstruction of the original, whilst immersing the viewer. It is also an act of translation between the various mediums, interpretations that are lost through this lack of context take on their own separate meaning. 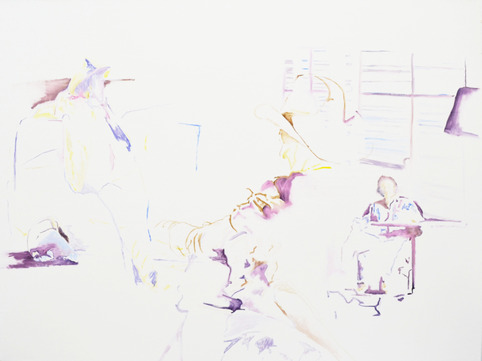 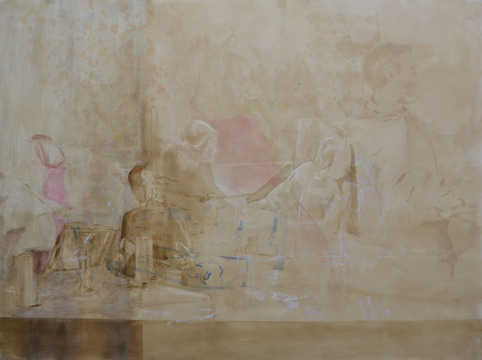 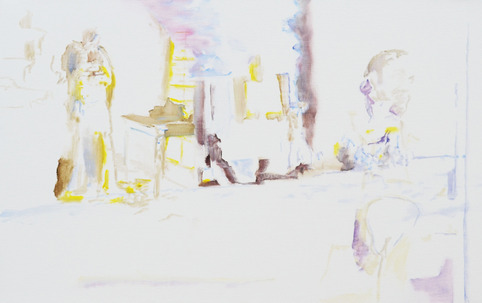 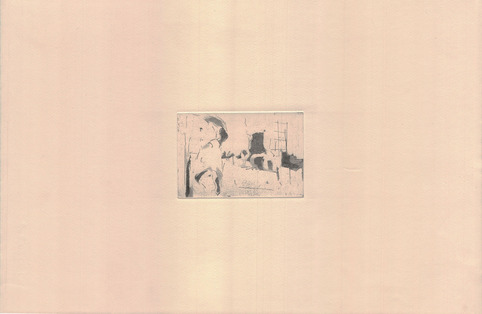 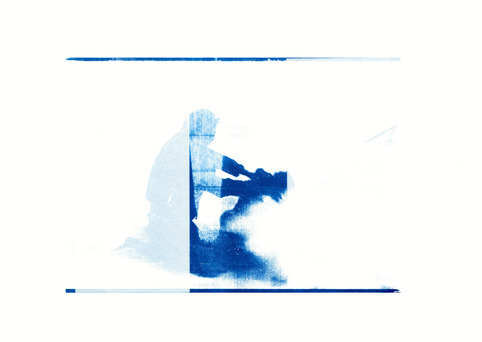 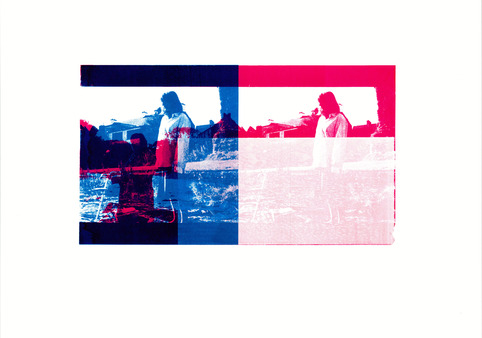