I am a multi-disciplinary artist and I explore a ‘century fluid life’ concept by creating 19th century clothing and positioning myself in historic Welsh locations. I capture this fluid life using satire through clothing, photography, and film. Dreams of my past lives inspire my practice, along with my family history, women’s household labor, and sewing techniques.

Experiencing aspects of life that a Welsh lady from the 19th century would have carried out, means I can combine 21st Century aesthetics and 19th century traditional Welsh dress. This enables me to investigate century fluid life though performance art.

Outside of my practice I volunteer as an event photographer for ReachOut Youth in Manchester as well as Manchester Universities Gilbert and Sullivan Society (MUGSS). During my involvement with MUGSS I have worked on ‘Saucy Jack and the Space Vixens’ as a deputy Stage Manager and ‘Iolanthe’ as a costume manager.

My personal interests include rummaging around charity shops, traveling to small towns/cities around the UK and collecting crystals. I believe in the healing and protection of crystals and the power and energy of earth, air, fire and water. Both practice and personal interests inform each other and allow me to understand my position in the universe and that of past lives. 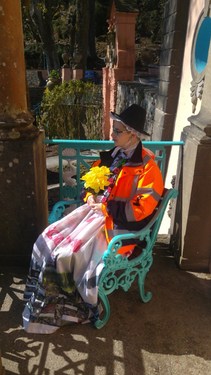 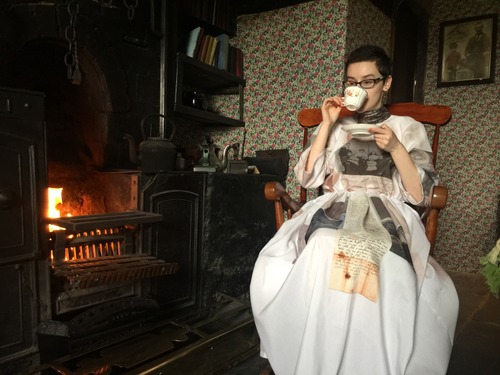 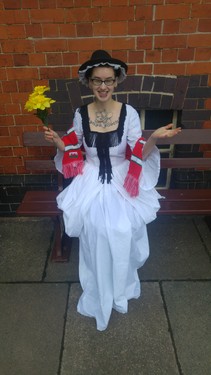 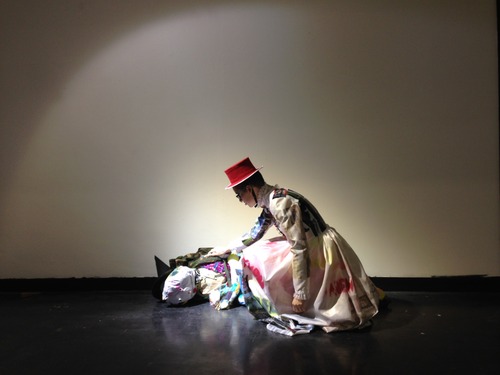