The Construction Guild is a multifaceted prefabricated panel facility, based in Warrington. The Guild operates an open system in which the local surplus urban fabric is harvested for its standardized building components, which in turn are re-appropriated within the Guild. Here, by tapping into the local supply and trade knowledge, a new architectural solution is assembled. One that articulates mass production with craftsmanship and provides a platform for affordable standardised components to transform the current state of the Construction Industry. 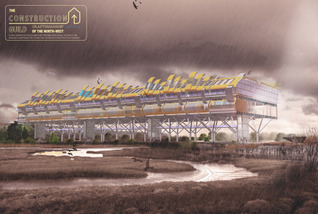 The Construction Guild of the North-West, Warrington. 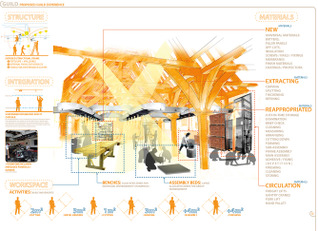 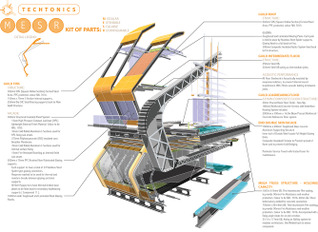