The project was dictated by considerations of fiction and reality intertwined with deep research into activism taking place within the territory of investigation- Castlefield, Manchester, UK. Activists and activist organisations use the territory to claim rights to the city but their message stays often undelivered to the public. The project is a place for activists based in Castlefield, Manchester with the existing film set of Coronation Street at its nucleus.

The site: the former film set of Coronation Street is reconstructed to combine activist rally, media and printing facilities. Activists reconstruct community, identity and reality with shared ideologies through the implementation of discussion spaces, media production and workshops. It is a place for exploring and expressing ideologies via legitimate means.

The project responds to the growing number of people and organisations who fight for the right to protest against certain ideals and reshape the artificial reality we live in. 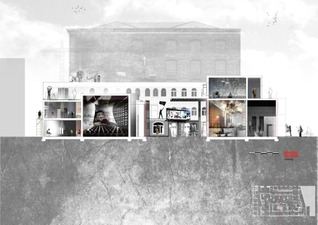 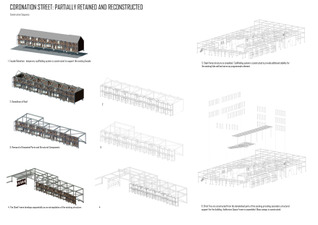 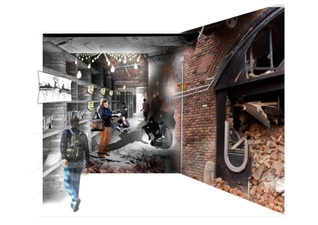 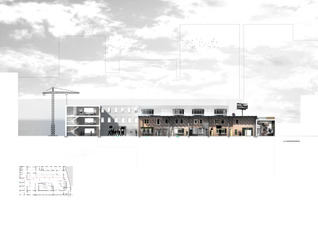 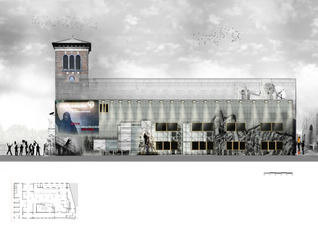 The building as an activist canvas 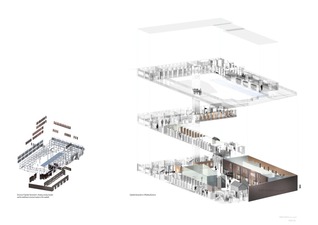