The scheme celebrates processional activity, by revealing the triumvirate of practice, production and performance, and its requisite commingling.

The main occupants are artefacts in production – set pieces, bleachers and temporary street furniture. Portrayed as both active and dormant, these set pieces process through their build stages from workshop to assembly space to the street. The scheme mirrors this thinning out until it dematerialises and hands itself over to the street. The street is the stage.

After the social performance has ended, set pieces are returned and compacted into the flytower for storage, display and reuse: the processional realm may be temporal, but the ritual essence forever holds an everlasting memory.

The multi-sensory built environment becomes activated during these street events, and the city transubstantiates from the ordinary everyday realm to the extraordinary processional city.

Processes of transformation are made visible. The device has been bared. 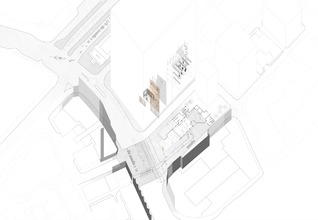 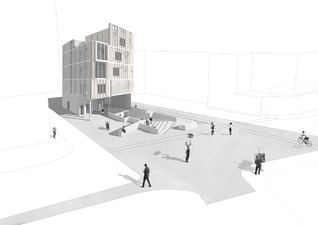 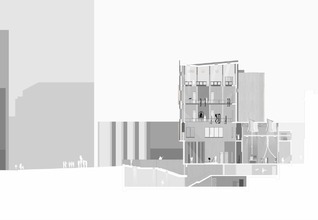 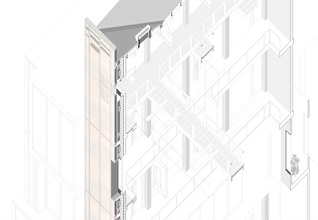 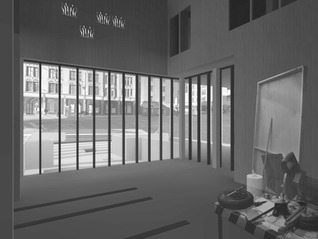 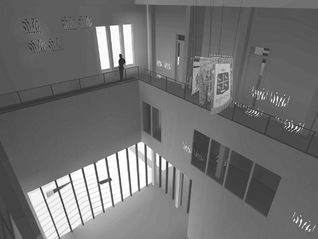 Interior visual: ascending up the flytower