As part of the ‘Continuity in Architecture’ atelier, I particularly value design that responds sensitively to context but does so through original and creative means. By providing a haven for writers in Lisbon, the building responds, through programme, to the city’s rich cultural history, its successful tourism industry and popularity as a backdrop to works of literature. The programme of spaces and their characteristics have been designed through the application of findings of research into the habits and preferred habitats of writers. Bairro Alto, in which the project is situated, is a densely-packed neighbourhood home to a mixture of immigrants, elderly, young professionals and creatives. As a consequence of its two distinct phases of construction and the ad hoc nature of the area’s recent development, Bairro Alto exhibits an architectural eclecticism that reflects the diversity of its culture. The proposed building responds to this eclecticism: its façades, for example, embody both the regimentation of Pombaline façades and the seemingly chaotic asymmetry of those from the neighbourhood’s earlier phase of development. By interpreting local architectural themes and responding to the specific site constraints, the building has been designed to be very much of its location: not to replicate what already exists but to instead respond to the context in a sensitive way, while remaining unique and of its time. 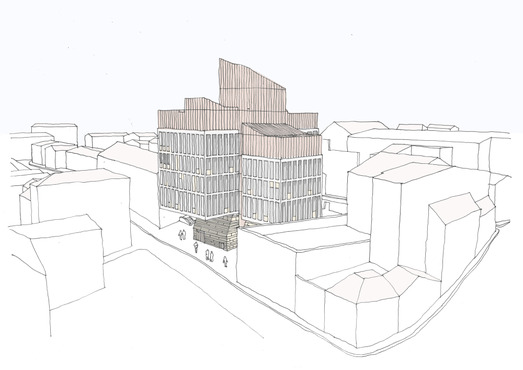 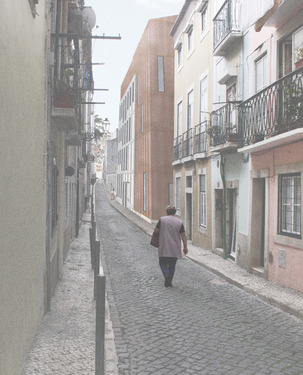 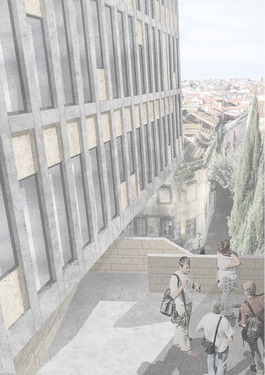 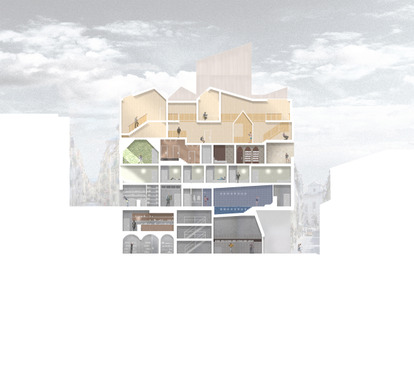 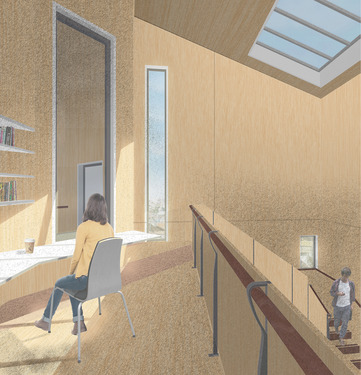