On the 24th of June 2016 the UK voted to leave the EU, this vote has left divides in our communities which need to be re-patched. Through this I have realised the need for me as an artist to engage with communities through art in order to give those who feel left behind by mainstream politics a voice in post-Brexit Britain a voice.

I chose specifically to work with my own community of Armley in Leeds, a typically deprived working class northern suburb. I engaged with the people of Armley through workshops, getting people to respond visually to issue based words in order for me to gather the source materials for my plates.

I have identified a need not to be partisan in my making, working with people not just for people.

I have chosen the form of traditional ceramics to depict the community voice as ultimately a comment on Englishness. 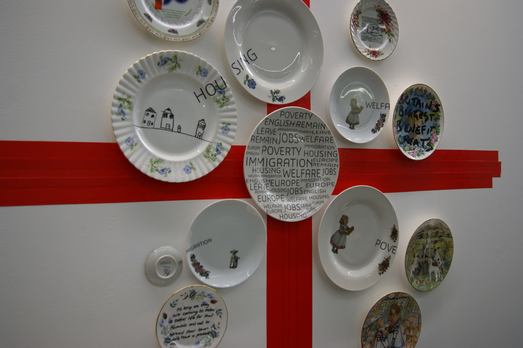 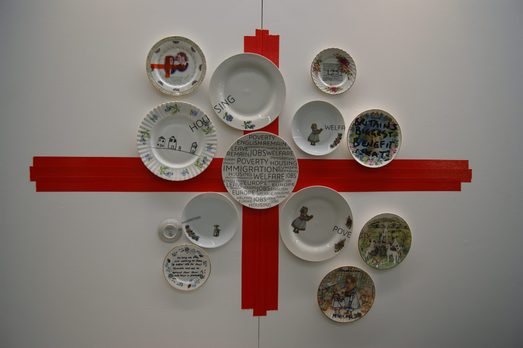 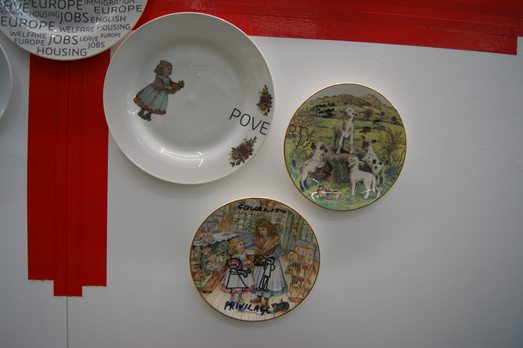 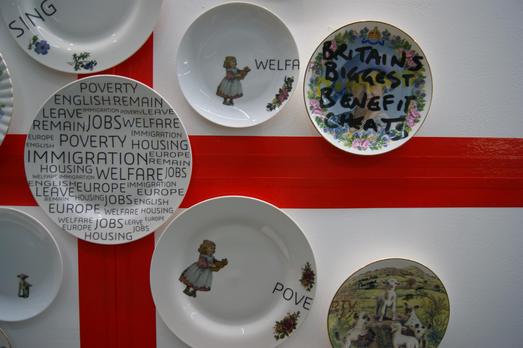 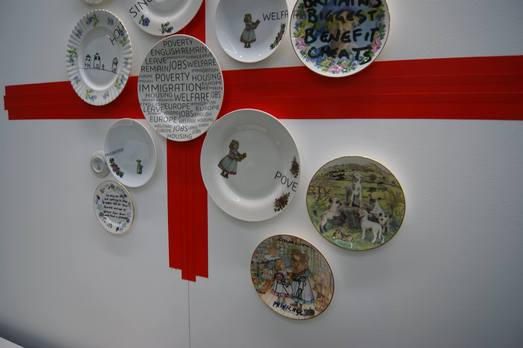