My recent paintings revolve around the idea of exploring a paradoxical love and hate relationship between realism and cartoon aesthetics, and the possible absurdist methods of going back and forth between them.

The Webster’s New Collegiate Dictionary describes ‘absurd’ as a state, where man exists within an irrational and meaningless universe and in which man’s life has no meaning outside of his own existence. In such a world, searching for meaning, the “truth”, pushes the curious man into an unwanted conflict with his universe; perhaps that’s the space where my paintings happen - a constant struggle for finding reason. A good example of such behaviour is The Myth of Sisyphus. Sisyphus protests absurdity by continuing it, not by resigning. I find painting an act of co-operating with life without actually being able to come to terms with it. It’s almost as ridiculous as putting Teletubbies in charge of BBC news. 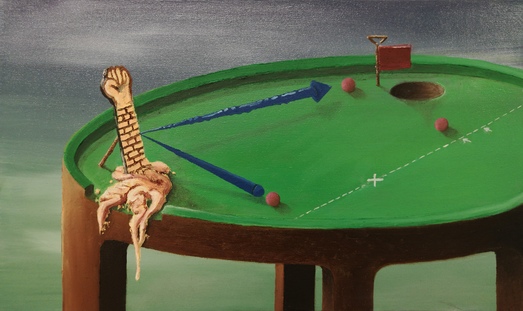 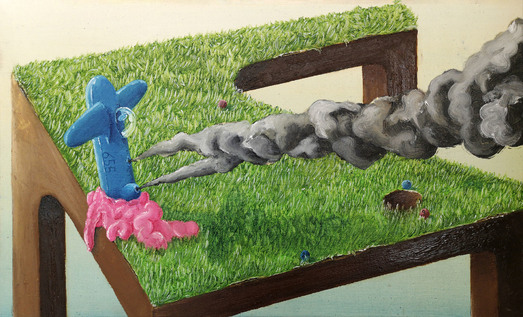 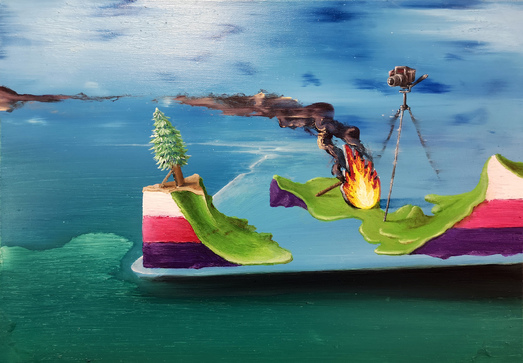 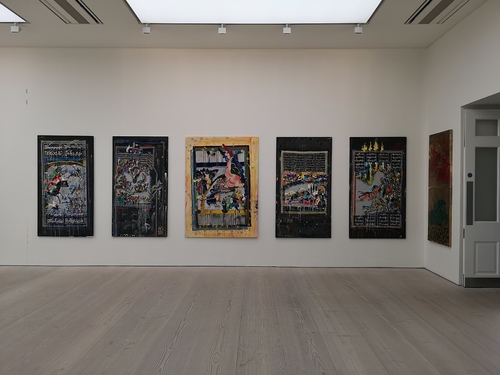 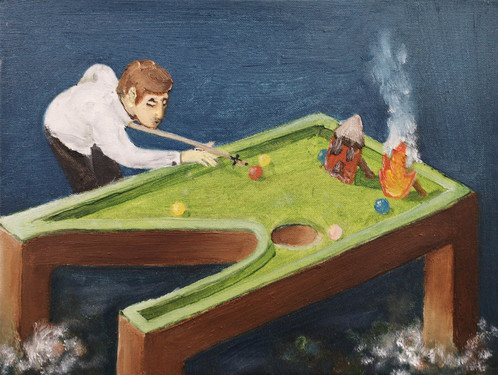