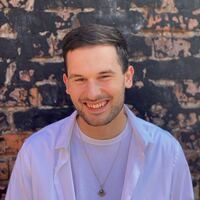 Award: Commended for Research and Context

Neurodiversity is a topic which has a varied amount of stigma attached to it, which is one of the primary reasons I chose it as my topic for my final year of university.

Head Space is a communal centre for neurodivergent individuals that aims to educate and assist those in a holistic manner, through the use of creative and therapeutically influenced spaces. Situated within 27 Swan Street, it was designed in response to the rising number of these individuals in the United Kingdom. The result of which was a carefully considered design process to ensure maximum success and preventing potential offence, through development negative connotations with mental illness were taken and utilised to assist in defining the spatial arrangement of the space, by using various antonyms to create a positive space with the protagonists in mind.

This was then followed up with the companion project FOCI, a communal workspace and store based around the concept of hyper-fixation commonly experienced by neurodivergent individuals. With a trading aspect in place, consumers can not only de-clutter their homes but de-clutter their minds. Situated within 55-61 Oldham Street, FOCI was designed in companionship with Head Space as a centre for focusing. Hence the name. Head Space acts as the parent building with numerous uses incorporated throughout, from co-working elements to art therapy. Whereas FOCI as a sister location primarily focusing on individuals who experience some form of hyper-fixation. When a consumer has a new fixation, they are able to go to FOCI, rent out the paraphernalia and either take it away with them or use one of the many workstations throughout the space.

This was a thorough research-led project that has given me a new understanding on how the built environment can be designed with mental health in mind. 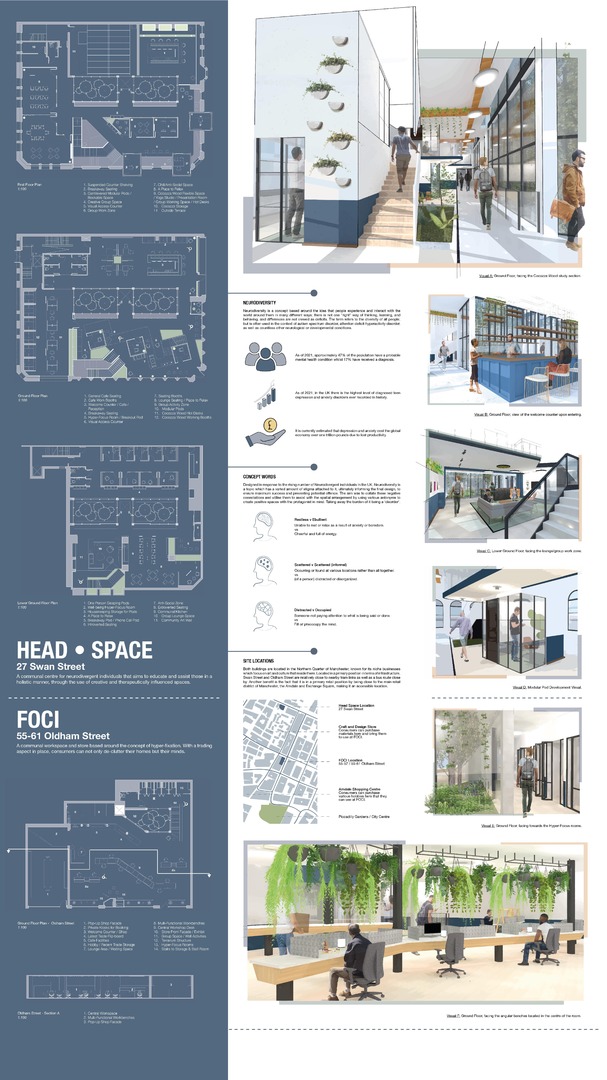 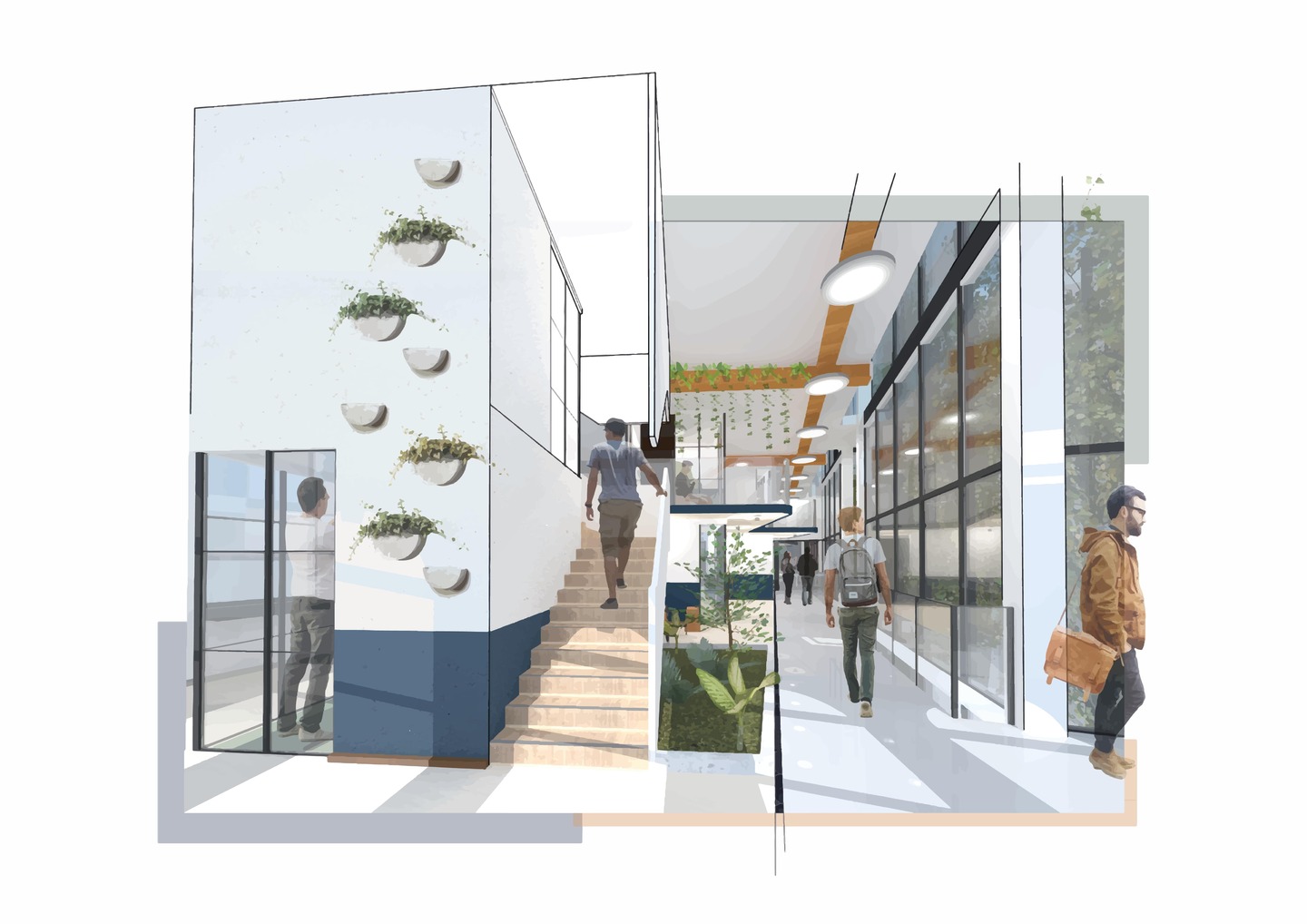 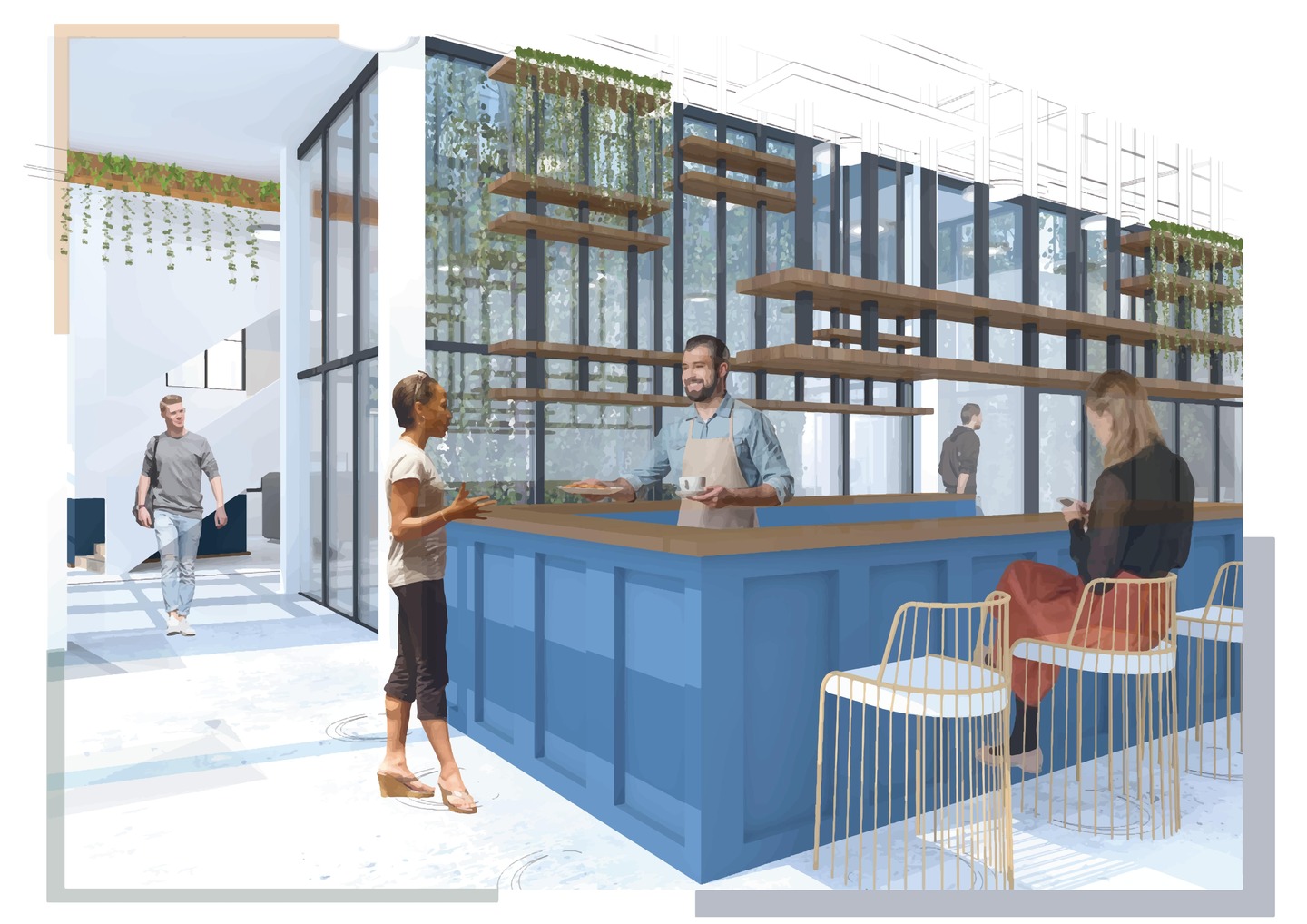 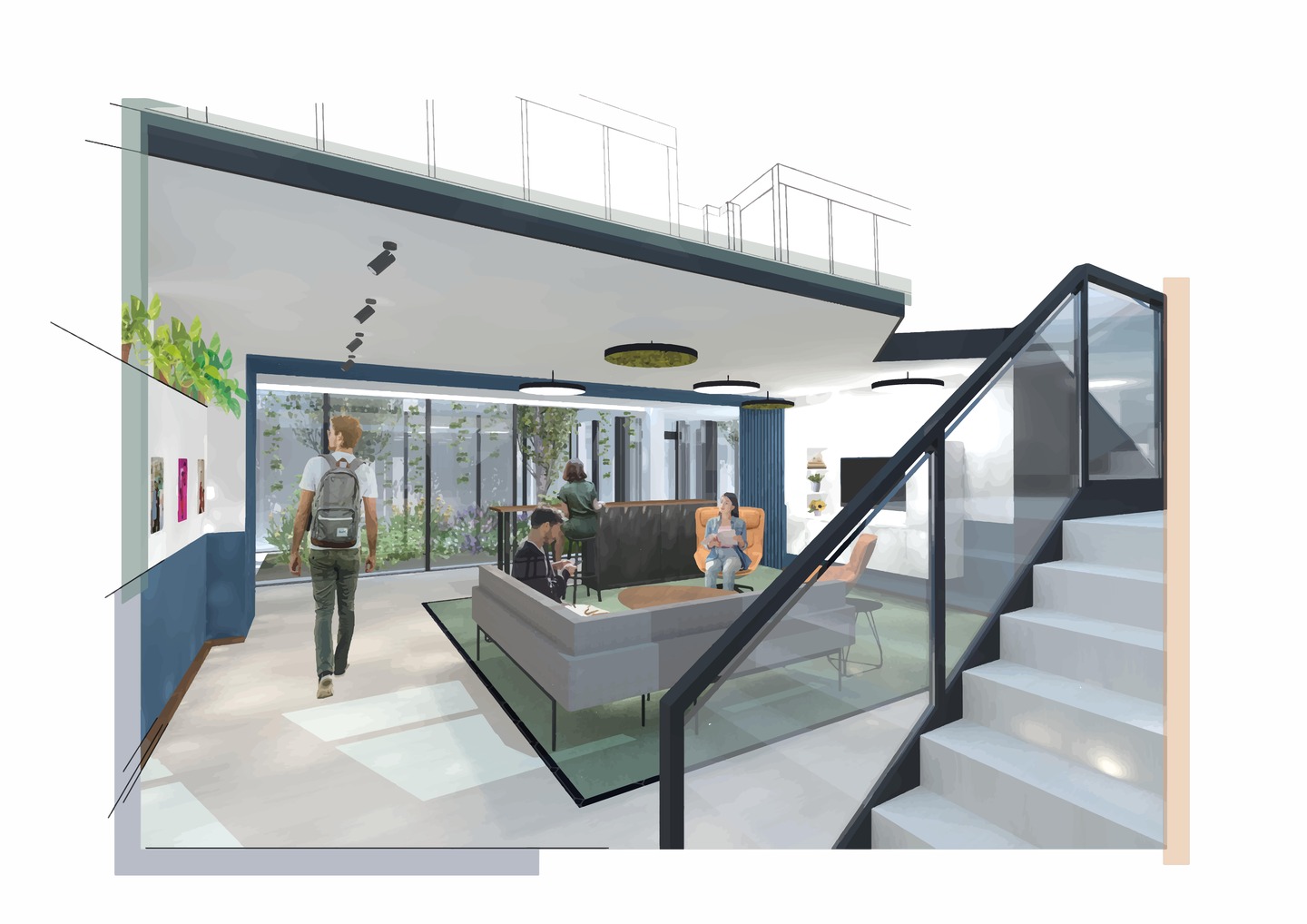 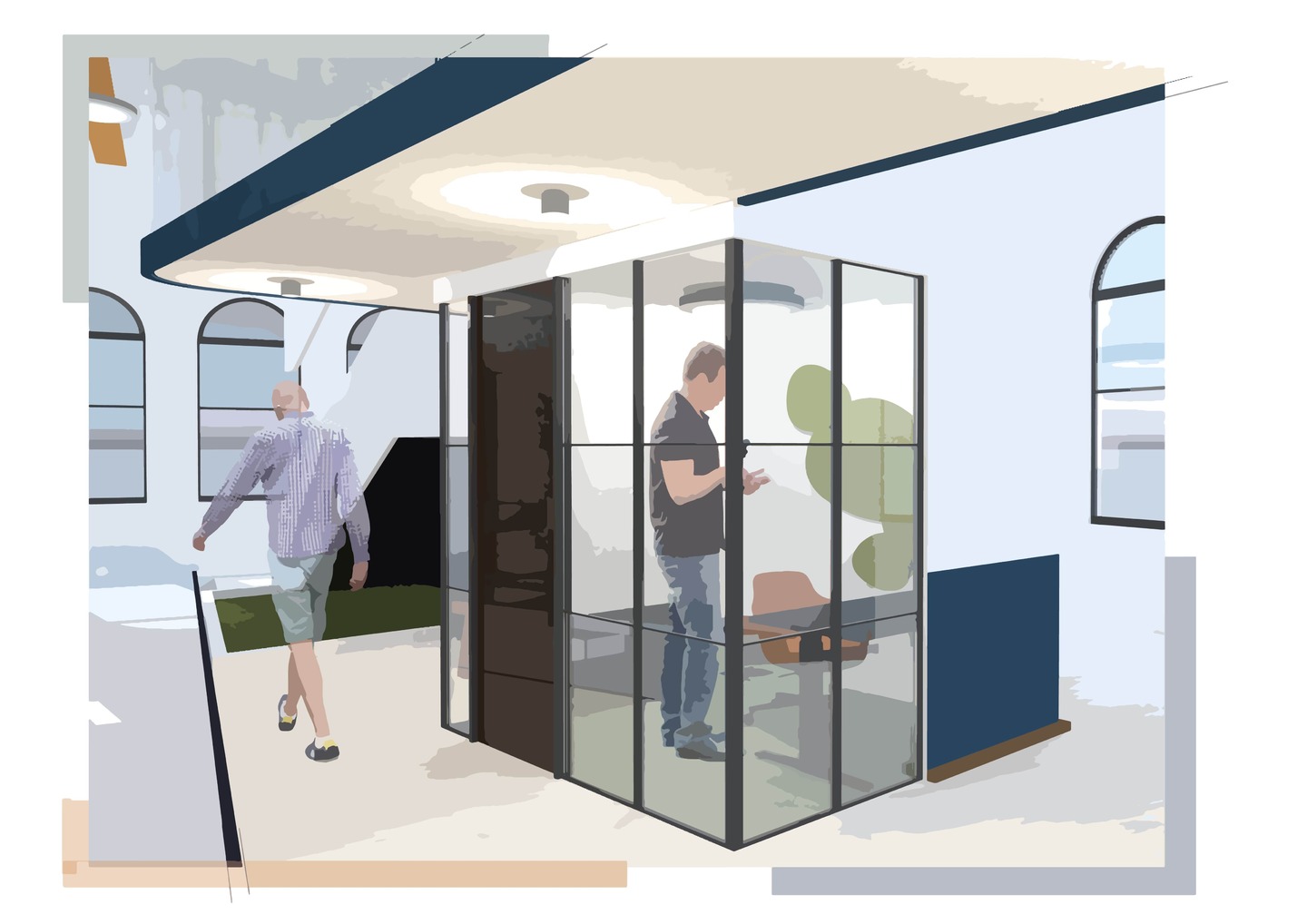 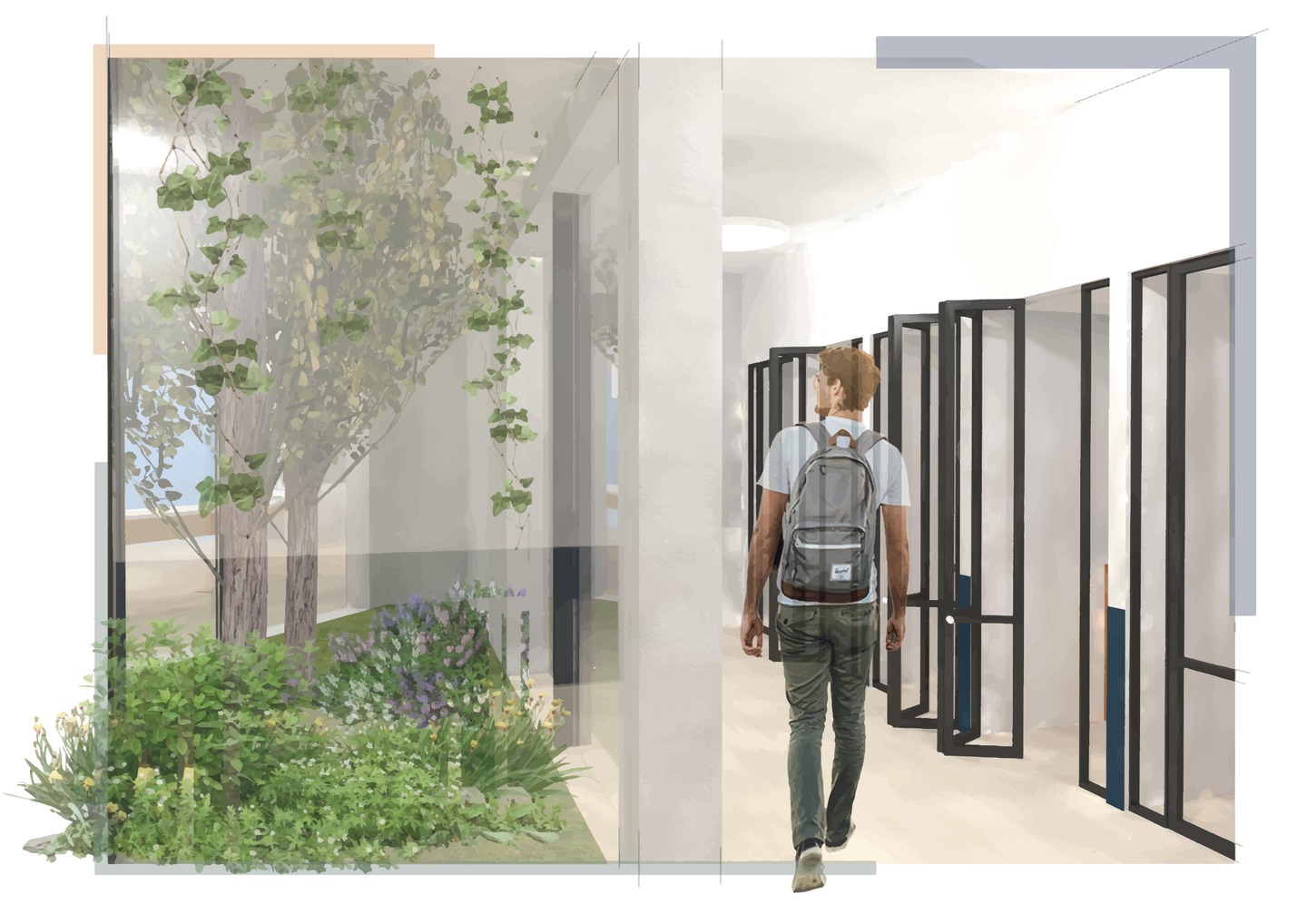 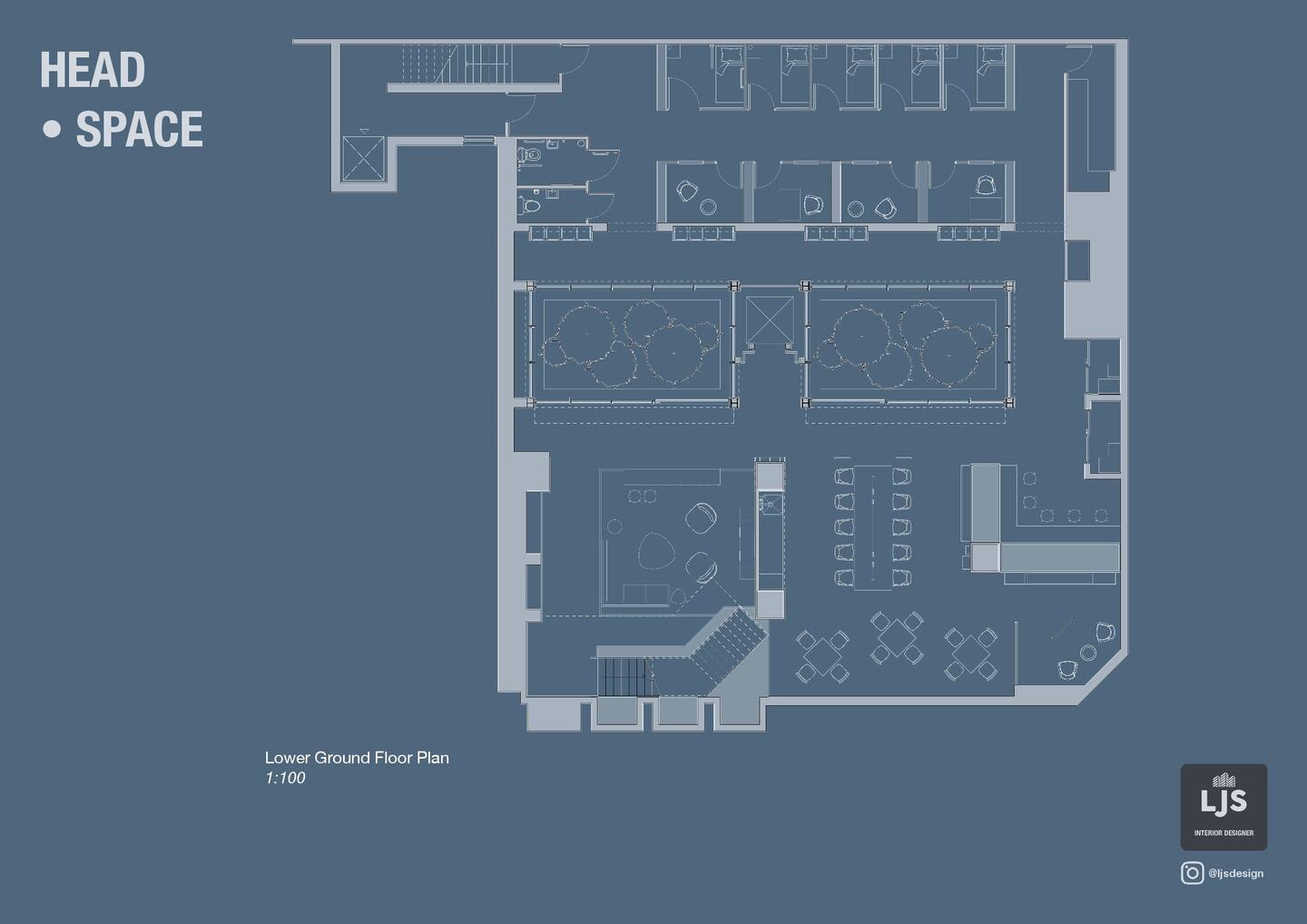 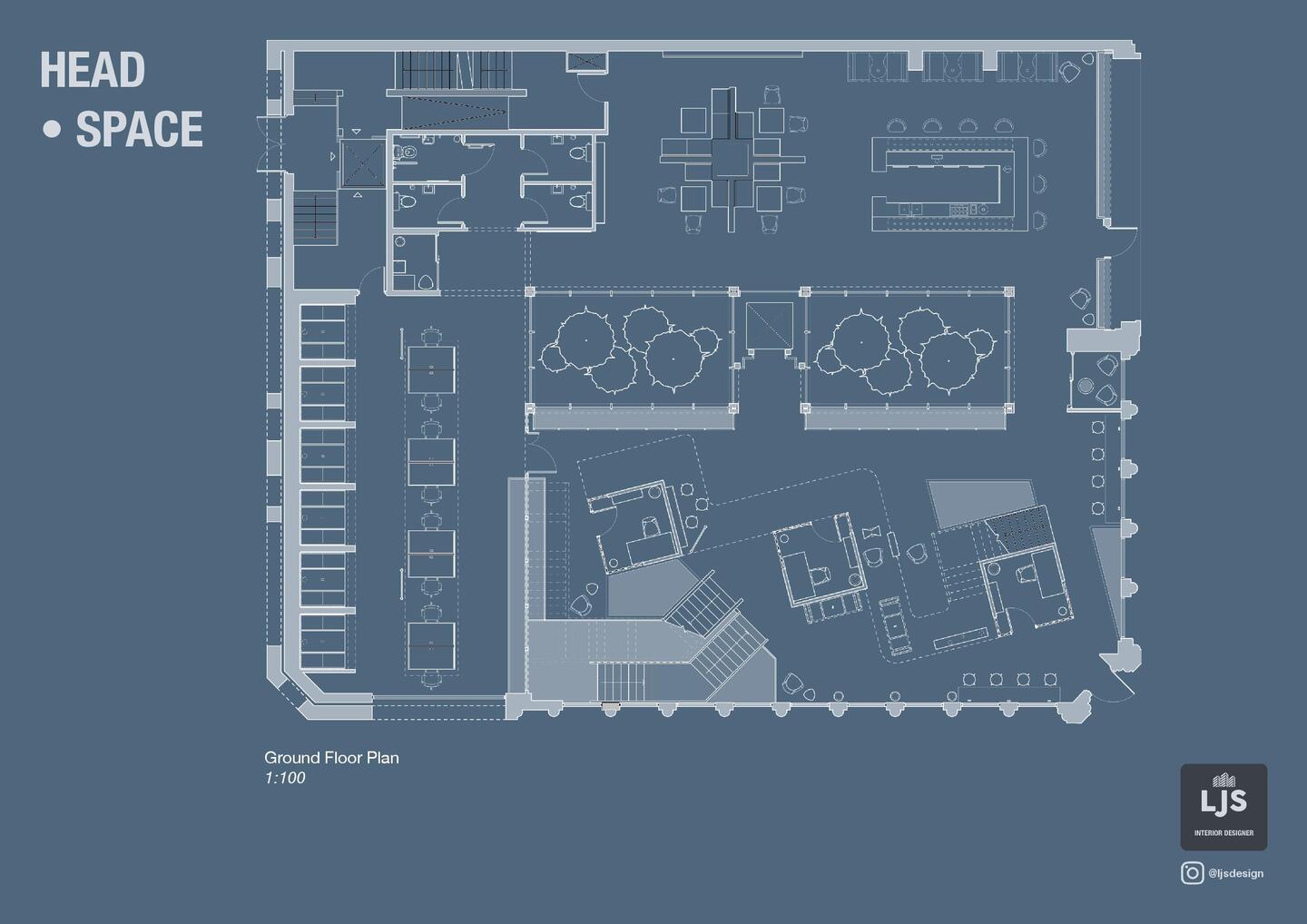 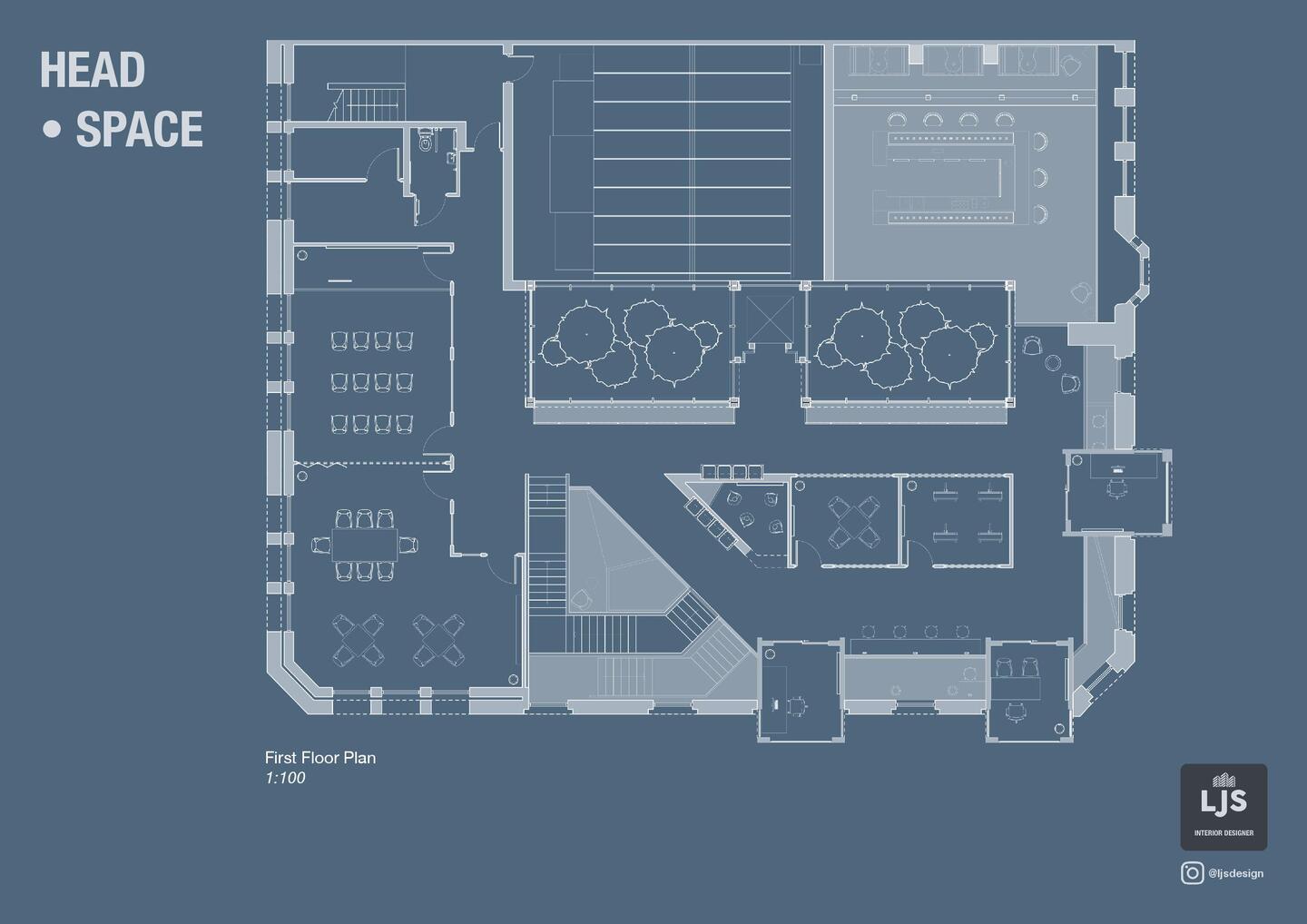