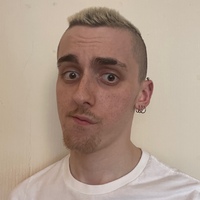 Taking the p*ss. That’s essentially what my practice entails. By deconstructing and dismantling normality and familiarity then reconstructing and composing, I seek to remove society’s socially constructed ideology of how we should look and act and, to make a mockery out of hyper-masculinity and the stereotypes I face daily as a neurodivergent lad, who doesn’t wish to follow the normalities of society.

Following from the inspirations of the Dadaists (namely Hannah Hoch and Kurt Schwitters), I create collage which primarily doesn’t, on the surface, particularly make much sense… Images are sourced from locations such as gyms and barbers - never purchased or found online - and are then roughly cut up and played with until something just works. Fast cars, gym bodies and social grooming are all examples of modern interpretations of the stereotypical man, that I incorporate throughout my collages.

By restricting myself to only using found imagery from places stereotypically associated with the male body, I create a challenge within my practice to manufacture with only traditional methods, and these restrictions frequent with no digital manipulation too.

With a fascination in history, I use poses in collage traditionally associated with Greek/Roman mythology and busts which were all about power and domination. The colour I use, takes strong inspirations from Soviet and Nazi propaganda, with the latter also known for its obsession with hyper-inflated and ‘perfect’ male bodies. I too take inspiration from this era with the use of cheap and readily available industrial material used to display my work as if it were a factory setting. 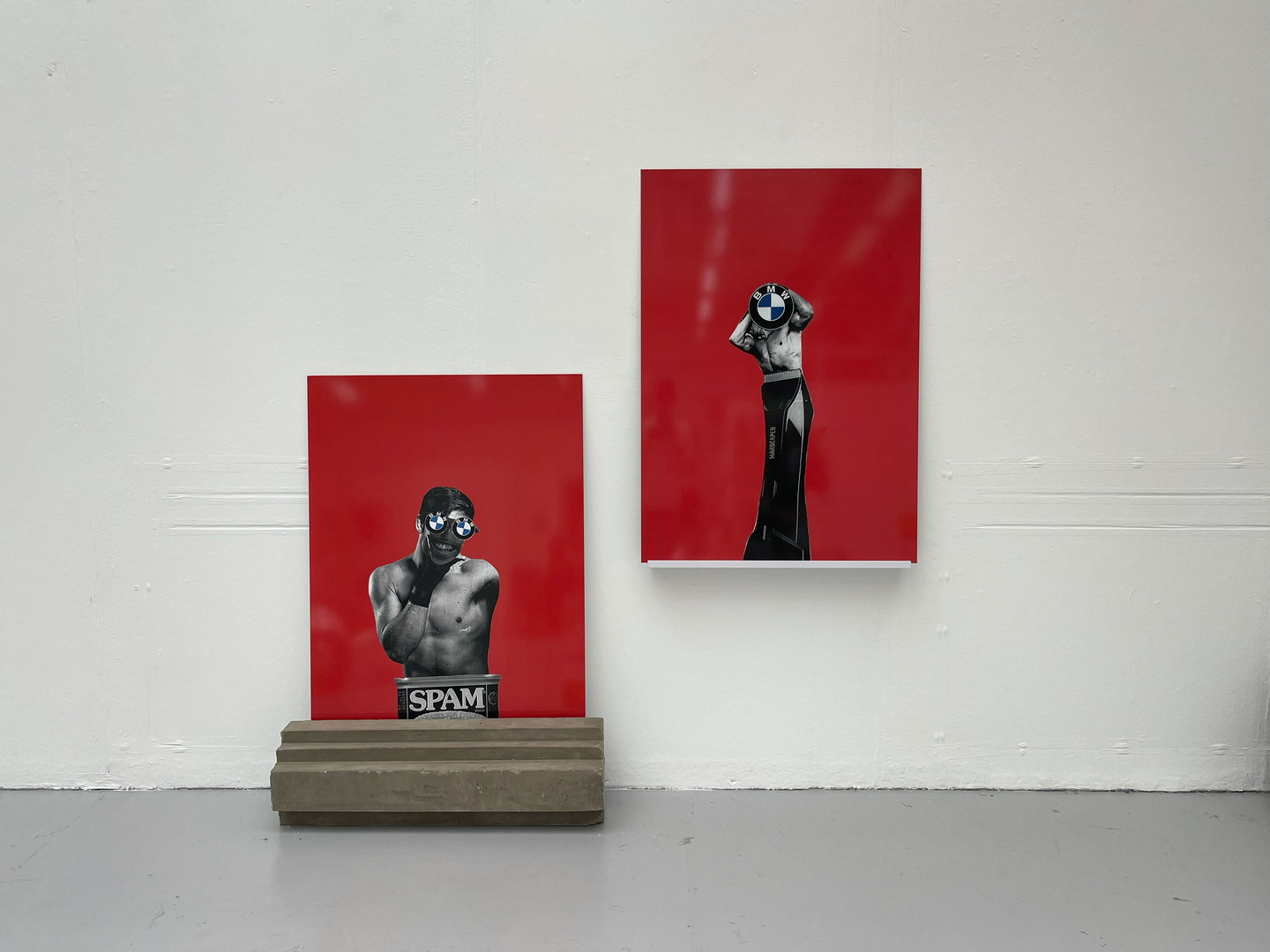 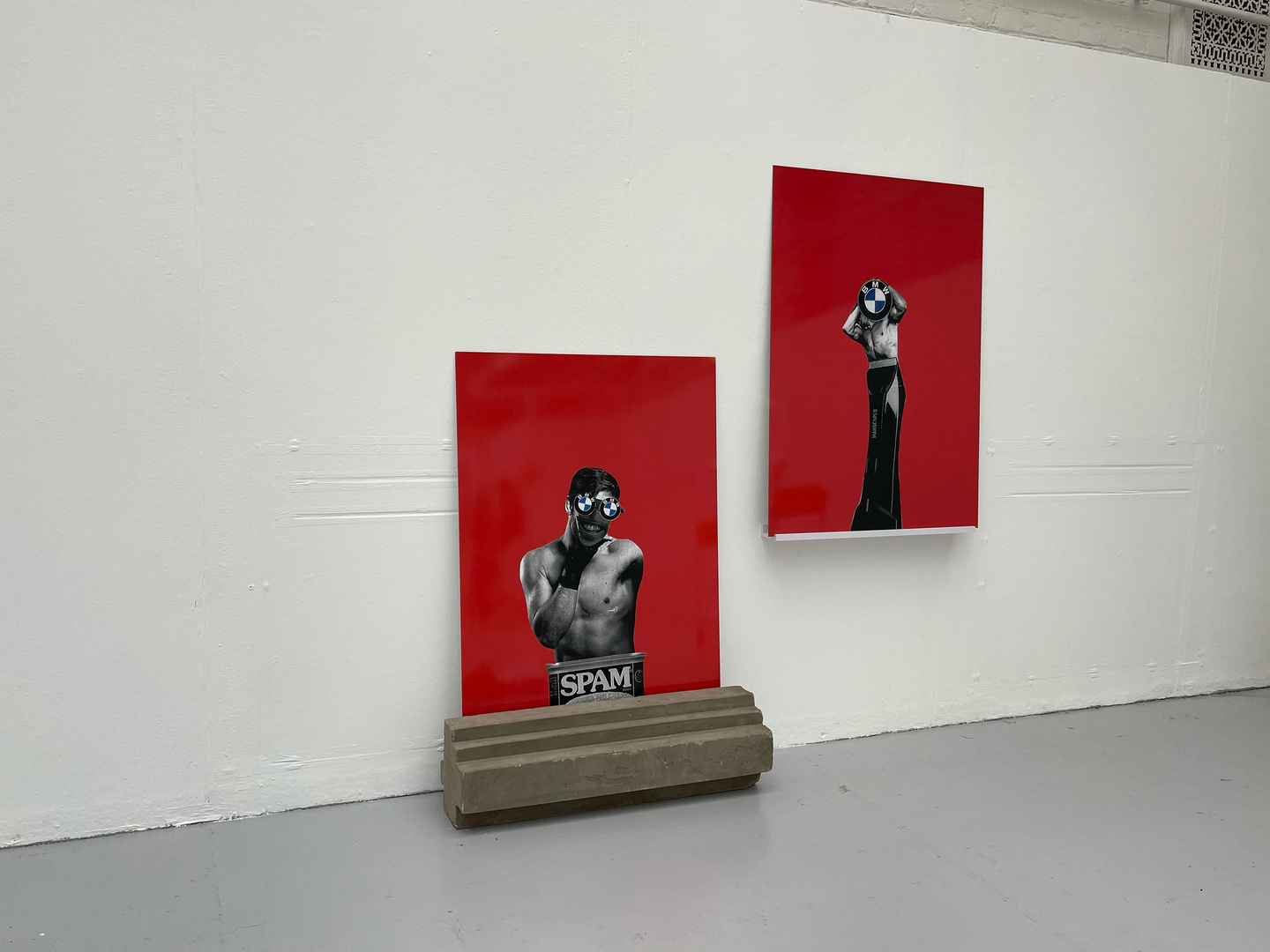 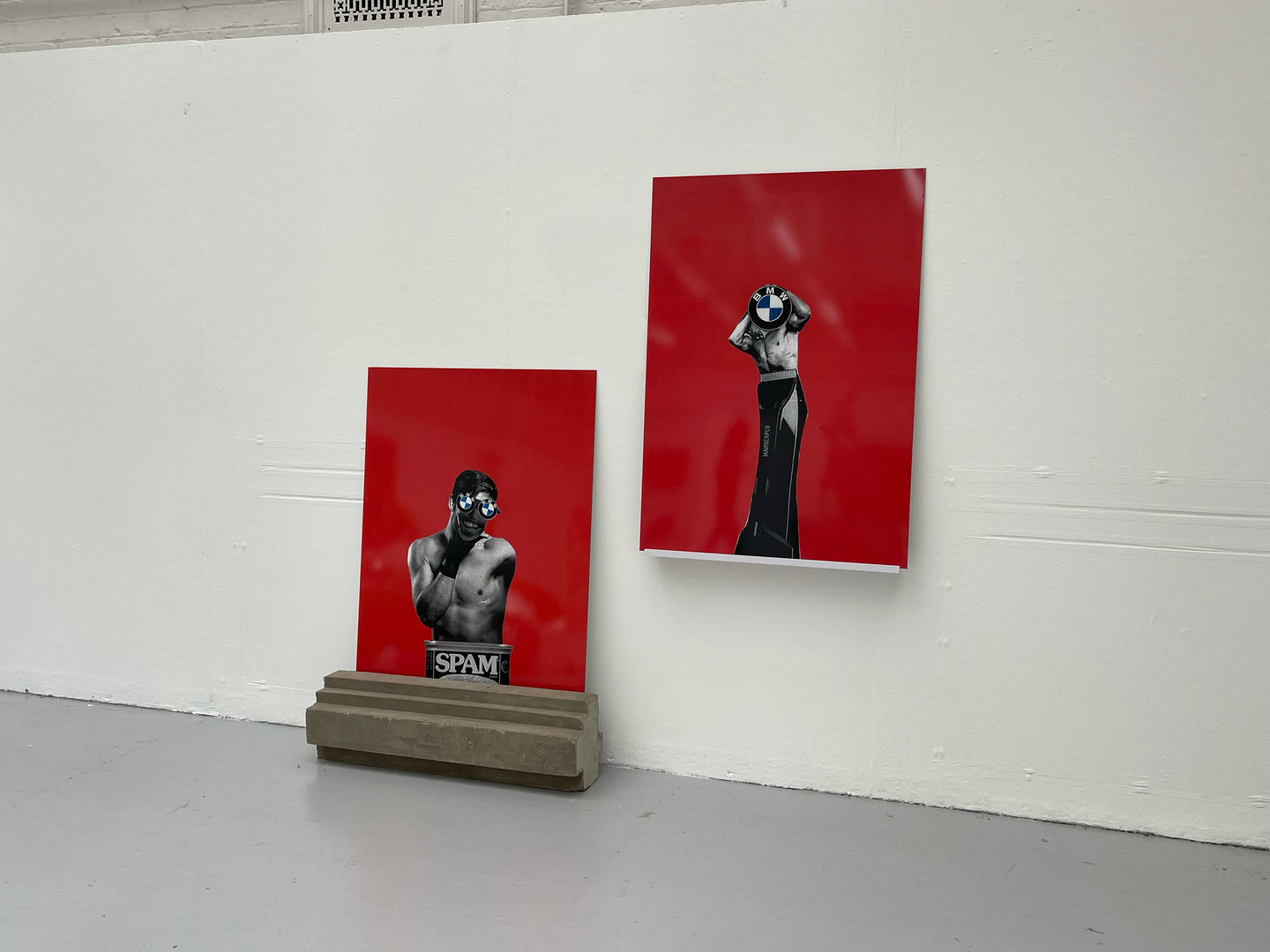