Through a combination of 2D and 3D works I have created an environment that constantly evolves through arrangement, addition and subtraction . Uncertainty is a key element. The unfolding space is transient, and through the objects’ movement one becomes aware of their shifting significance. The objects have connotations of containment and excess, acting as repositories of thoughts and fantasies, as human bodies do.

Thoughts of existence permeate my practice. I have been trying to capture the fleeting nature of experience whilst avoiding a false sense of verisimilitude. The inevitability of suffering, and the possibility of momentary, often illusory, relief from it. The process of creating art works brings its own consolation through the play of thoughts within the making process.

My work points at the domestic but retains a wild appearance. I have experimented with site specific works located in nature where the objects are exposed to the elements, and also more stable interiors. Fixed and uncontrollable aspects of the environment are key to the way I produce work. Pieces in the interior spaces confronts the outside visitor with feelings and ideas coming from within. The exterior is ever-changing and I  must live with the removal of control.

I use primarily natural sustainable materials, often unfired, that will disintegrate over time. Materials with a previous life,  evoking something archaeological, as if found or discovered. Tactile in appearance, as seen in the finger prints on their surface, through touch the material shifts into something a person can hold.

I use installation as a way of playing with the way we look at things. The audience is invited to see my work in a similar intuitive way to that used to make and curate it. I aim to draw out subtle relations between painting and sculpture. The making of an individual sculpture is more often the starting point and through integrating, assembling and incorporating, the initial work is transformed through juxtaposition,

My work invites the viewer to walk around and explore, as with the pieces on Wormwood Scrubs, following a sculptural breadcrumb trail of ideas, all of which are clues to what I  have been thinking about. An invitation to step into a space and a mind

The cumulative aspect of my practice can be seen in the final installation, which I see not as a concrete piece but instead a moment, frozen visual information capturing a juncture in my thinking. Linking seemingly unrelated mediums such as print, postcards, mud sculptures and wood stumps , the viewer is guided through a space that transforms a corner into a meandering expression of my ruminations that is at once part sculpture and part architecture. The viewer is surrounded by and becomes part of the work itself. 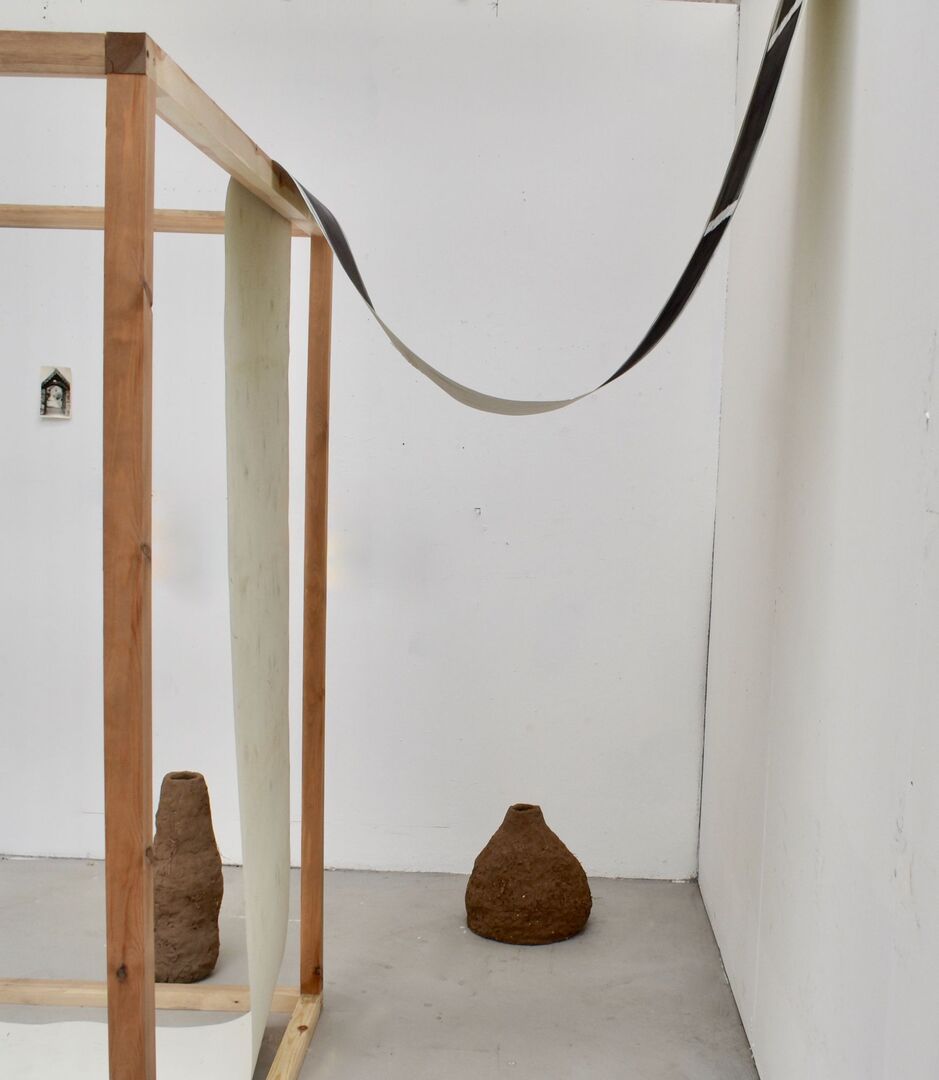 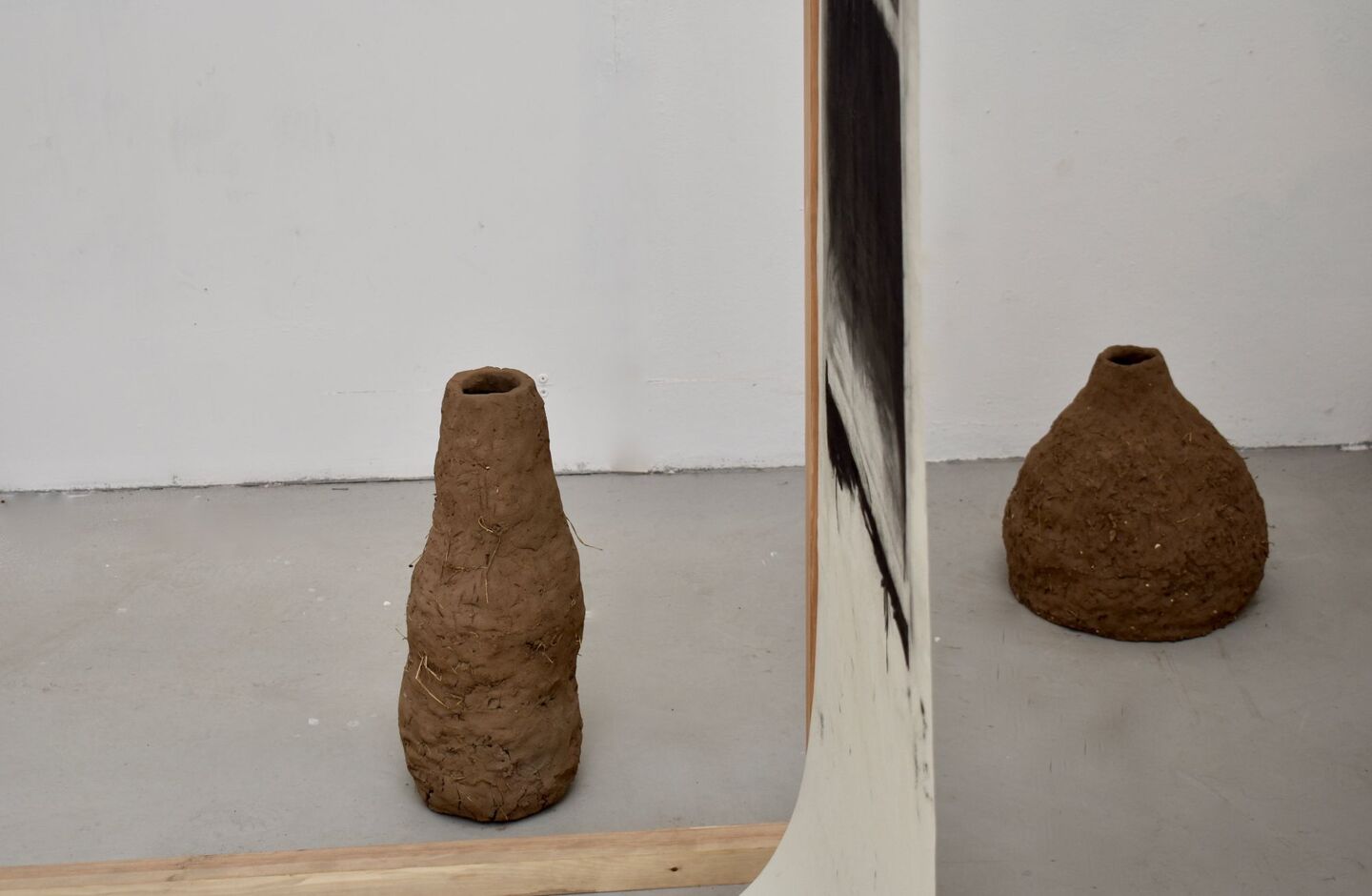 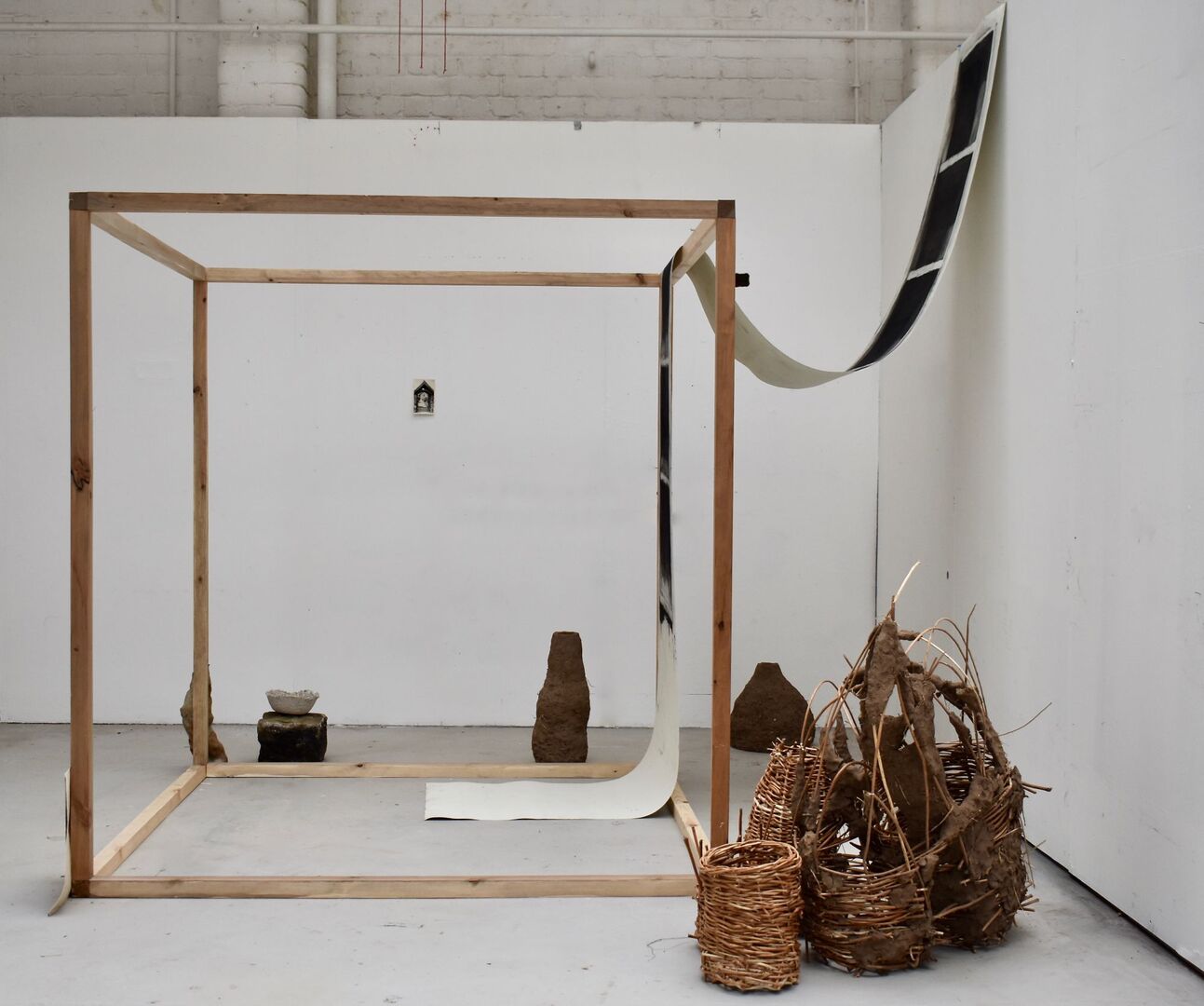 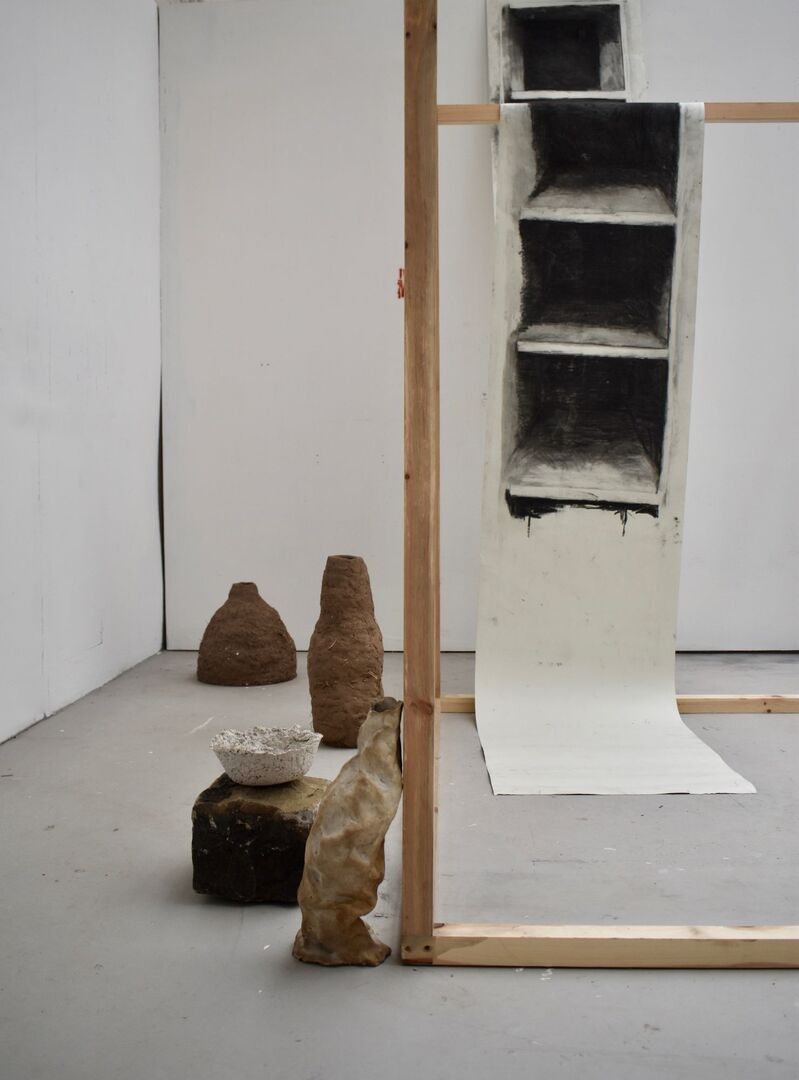 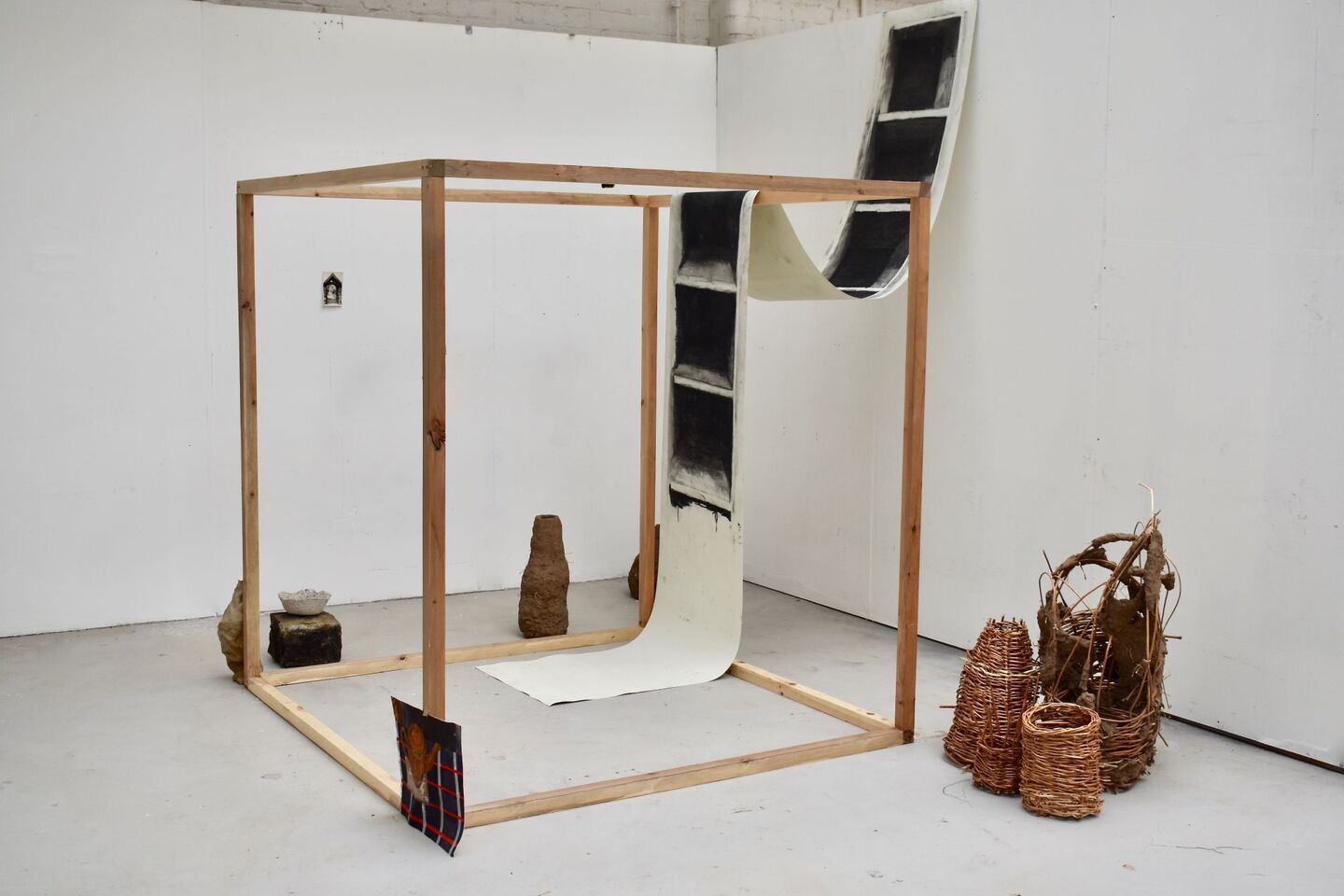 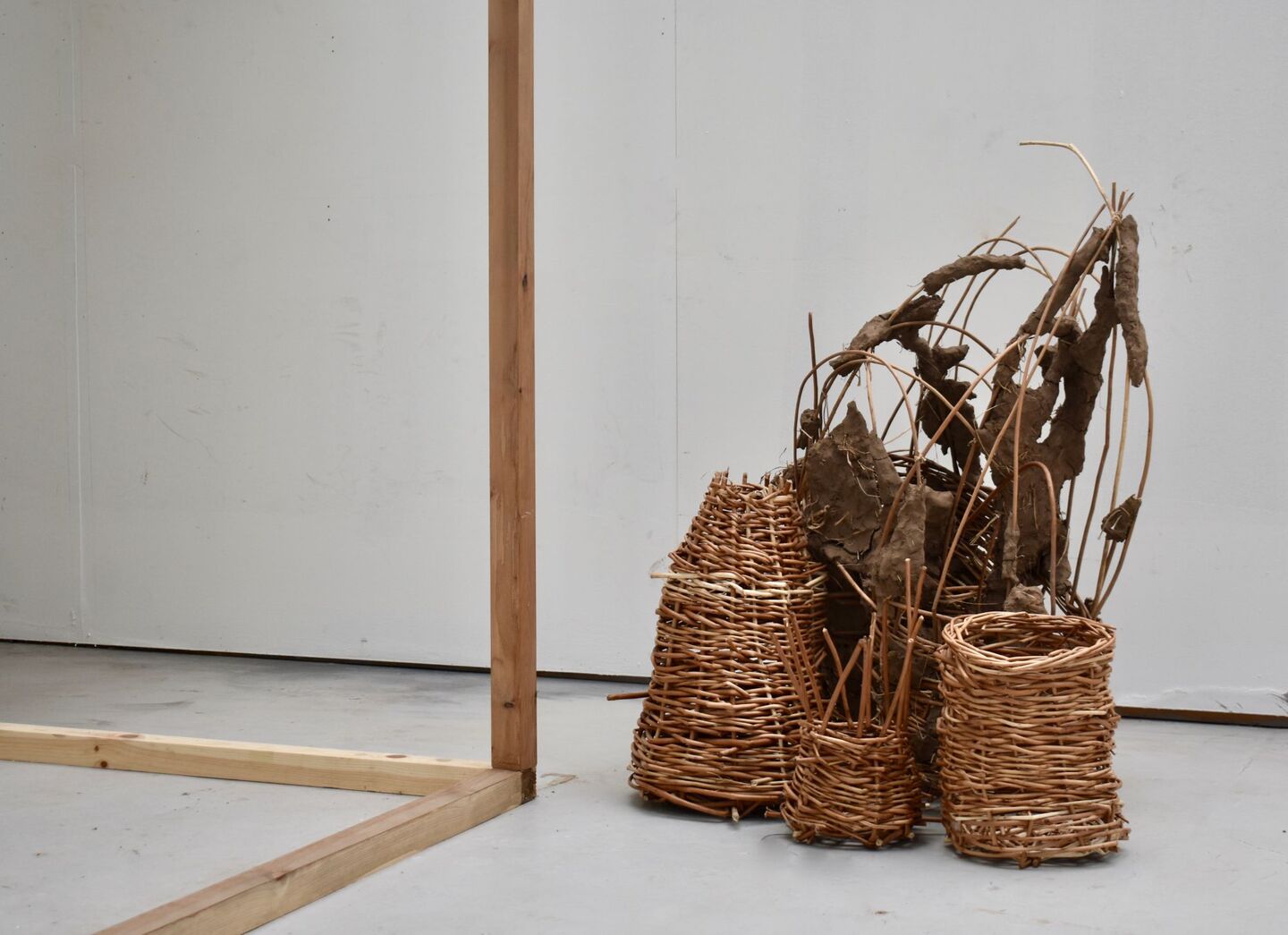 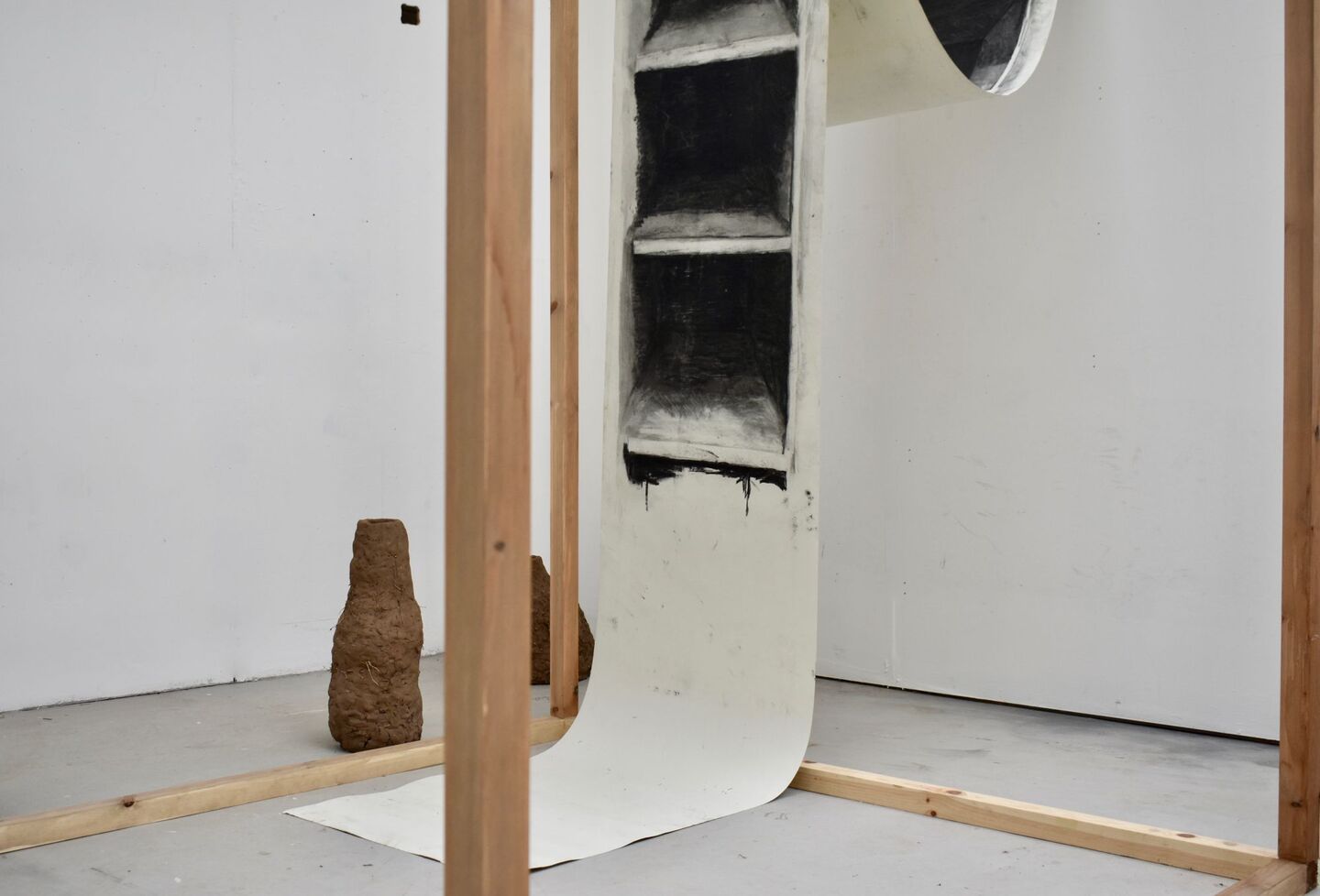 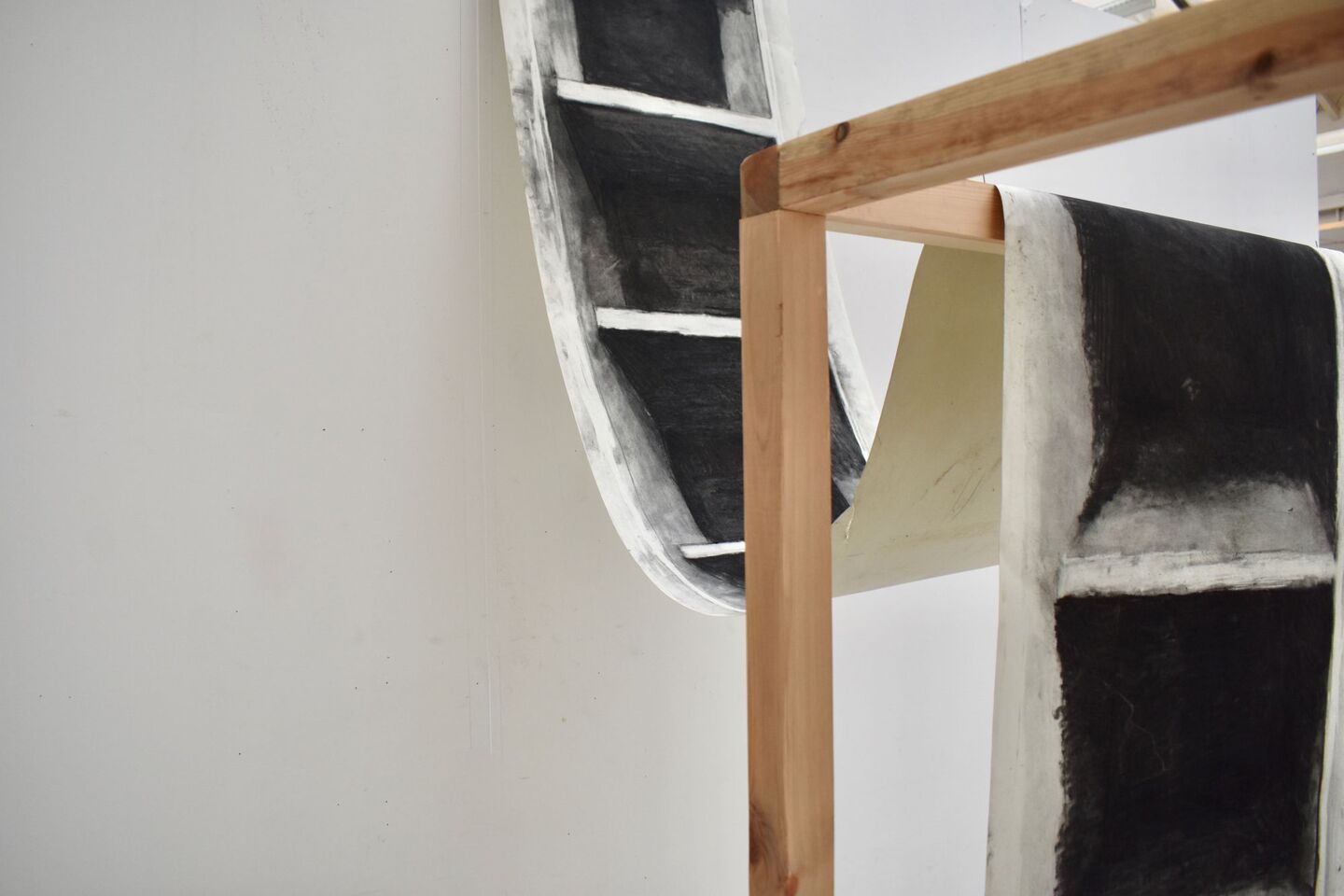