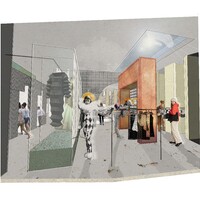 I am interested in design that has a positive impact within society and the exploration of how visual language compliments academic texts. I value being sensitive to culture, history, and environment. Alongside University I have consistently tried to gain experience in all fields of design to discover and cherish what drives my progression in design. Now I would refer to myself as a Design Communicator, rather than just an Interior Designer.

‘Aporia’ is a rebirth of Ancoats history of trade and represents the area’s current ideologies, an honour to the revival of folk craft. Aporia is a place to exhibit artisan’s handicraft creations with a theatrical approach. Undertones of surrealism elevate the objects on display, merging the fine line between all creative arts. Performance surrounds the objects, allowing a narrative to be told. A resurgence of history where people interacted through making, performance and collaboration. Modern day Ancoats thrives to fill their streets with independent business and support for the local community. A suburb that has tried their best to abandon large corporations. Aporia is the epitome of this.

The sequel to Aporia, Sanssouci – which translates to ‘free of care’ – is a boutique hotel for the performers of Aporia. An idyllic place to retreat and find solitude, to sleep and practice, alongside the River Irwell. Sanssouci has a bespoke bar with sculptural elements that is partially protected for use in bad weather conditions. The ‘Spaces of Solitude’ [guest rooms] are private but can open up to allow performers to interact and socialise. The crow-stepped gabble inspired roofs take inspiration from steps leading up to a stage. The aura of Aporia in maintained throughout Sanssouci, with emphasis on raw interior and facades. The existing entrance is embraced, simply adding to its secretiveness. The reception greets performers and displays Aporia’s folkcraft. 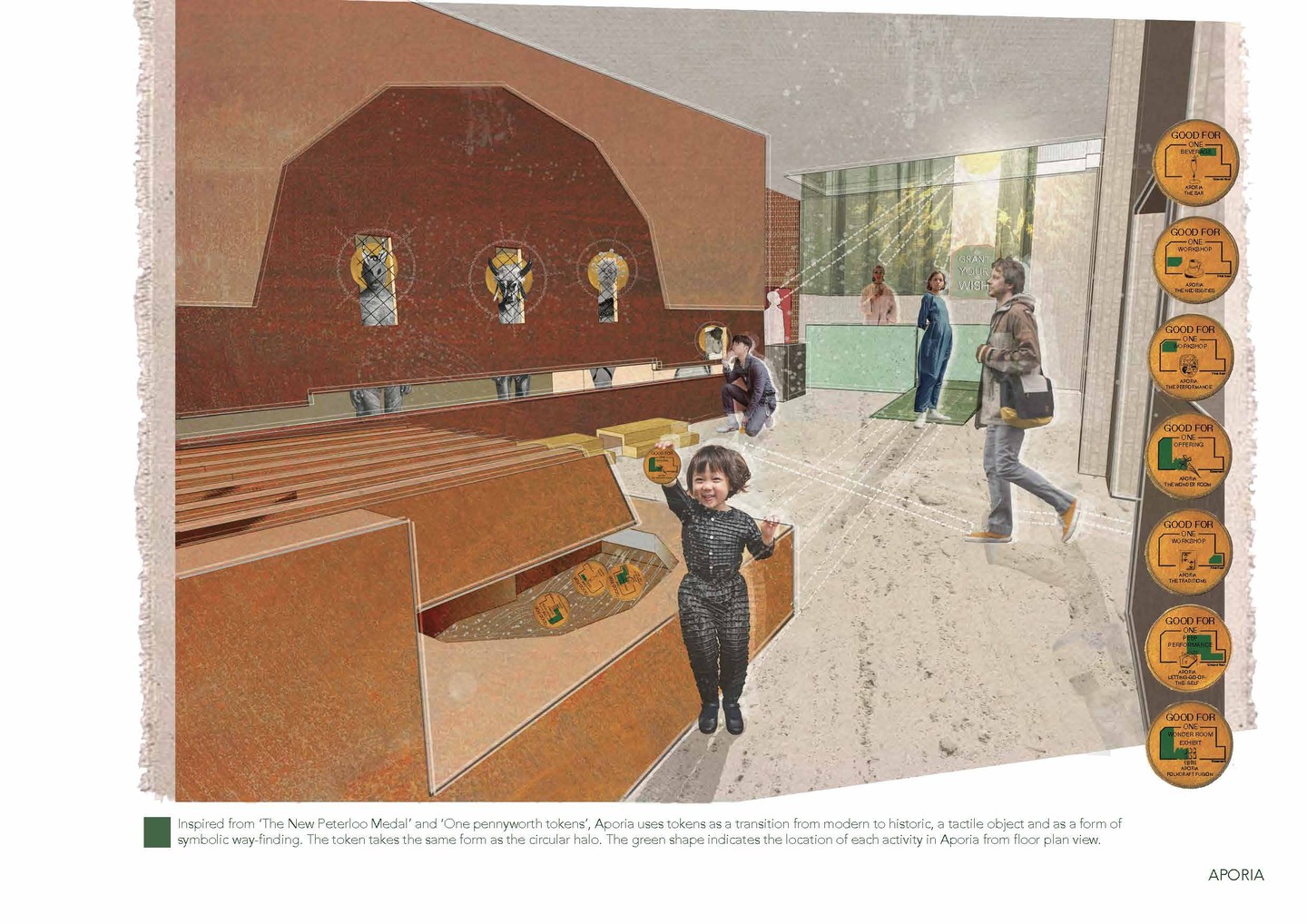 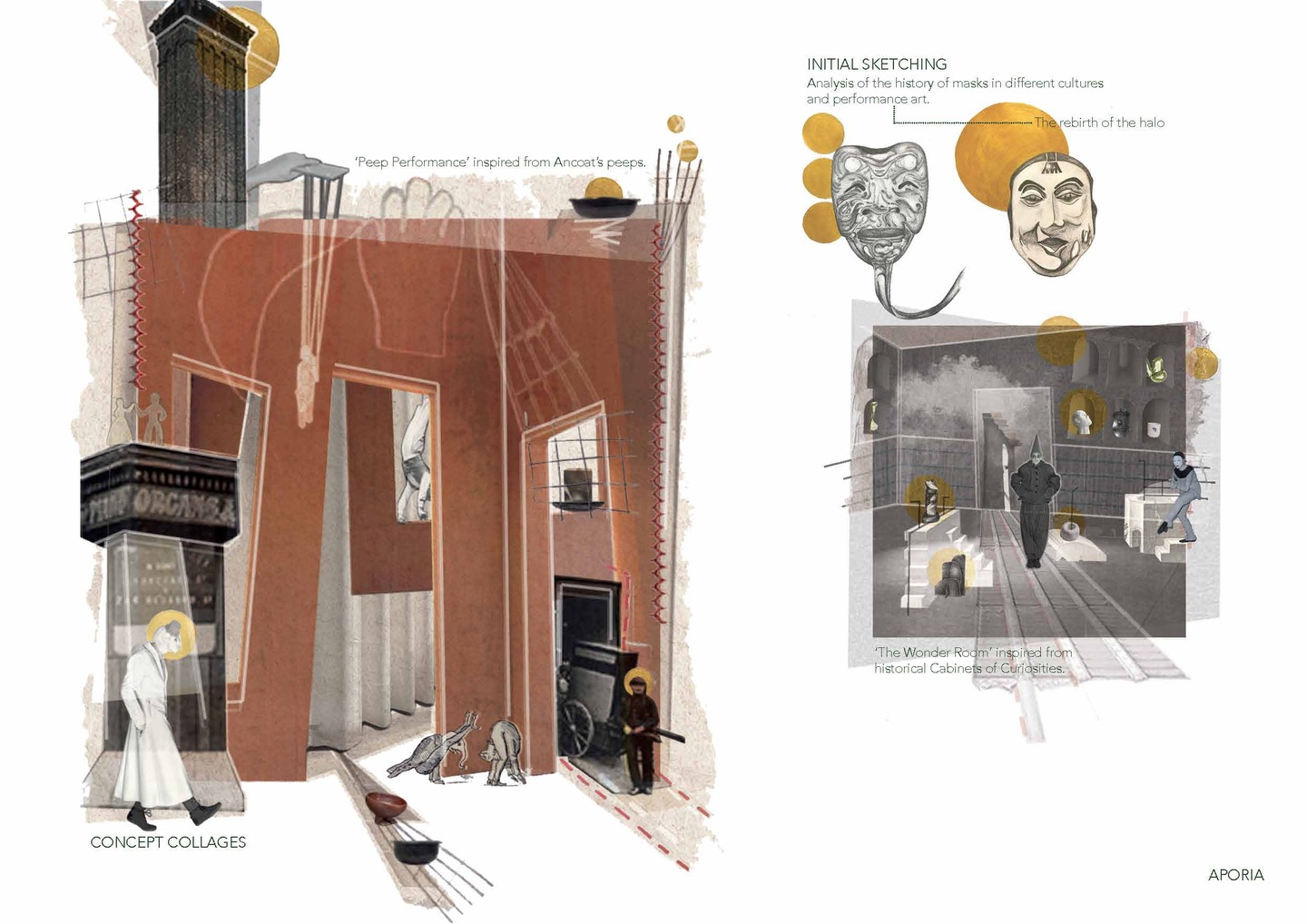 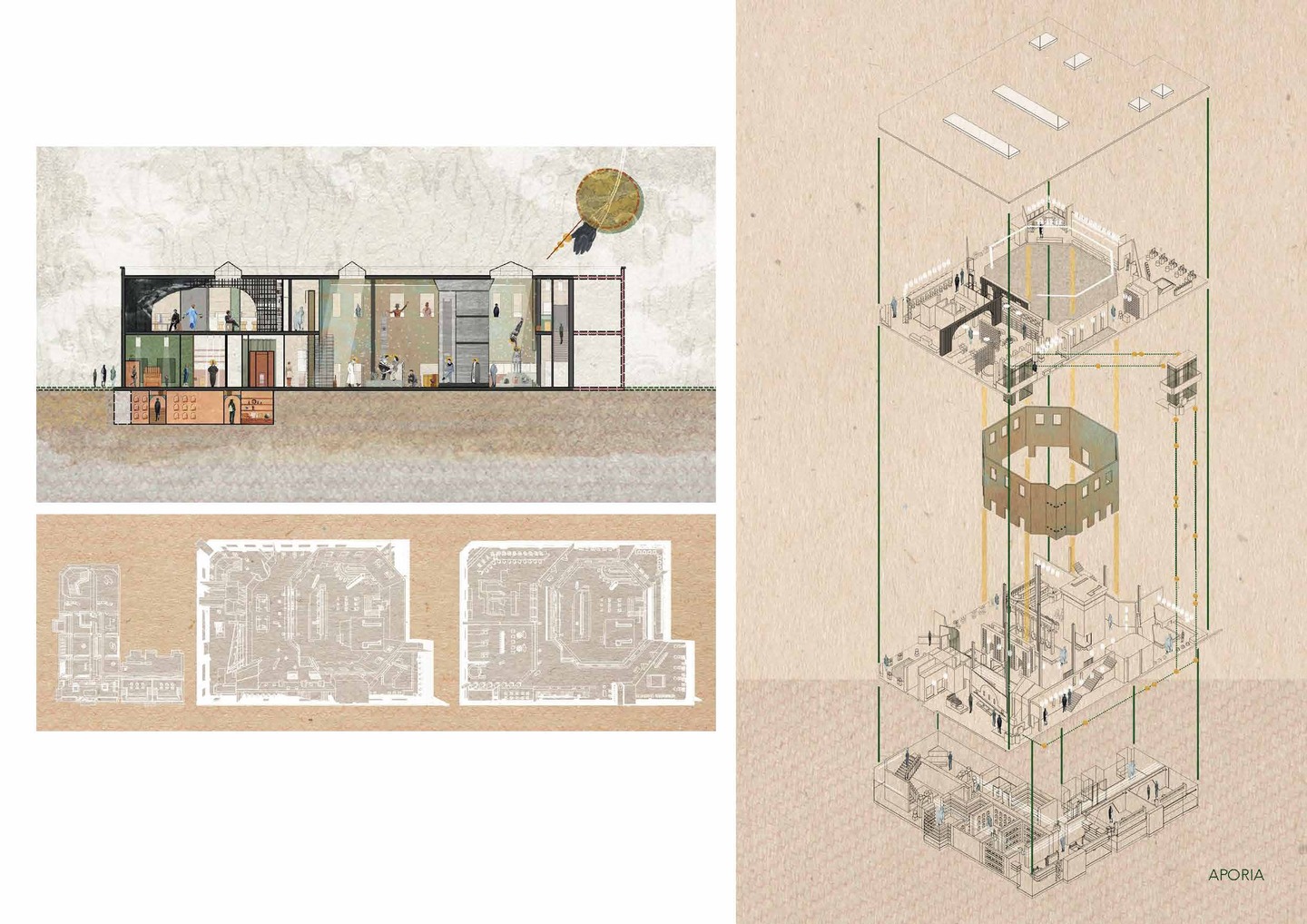 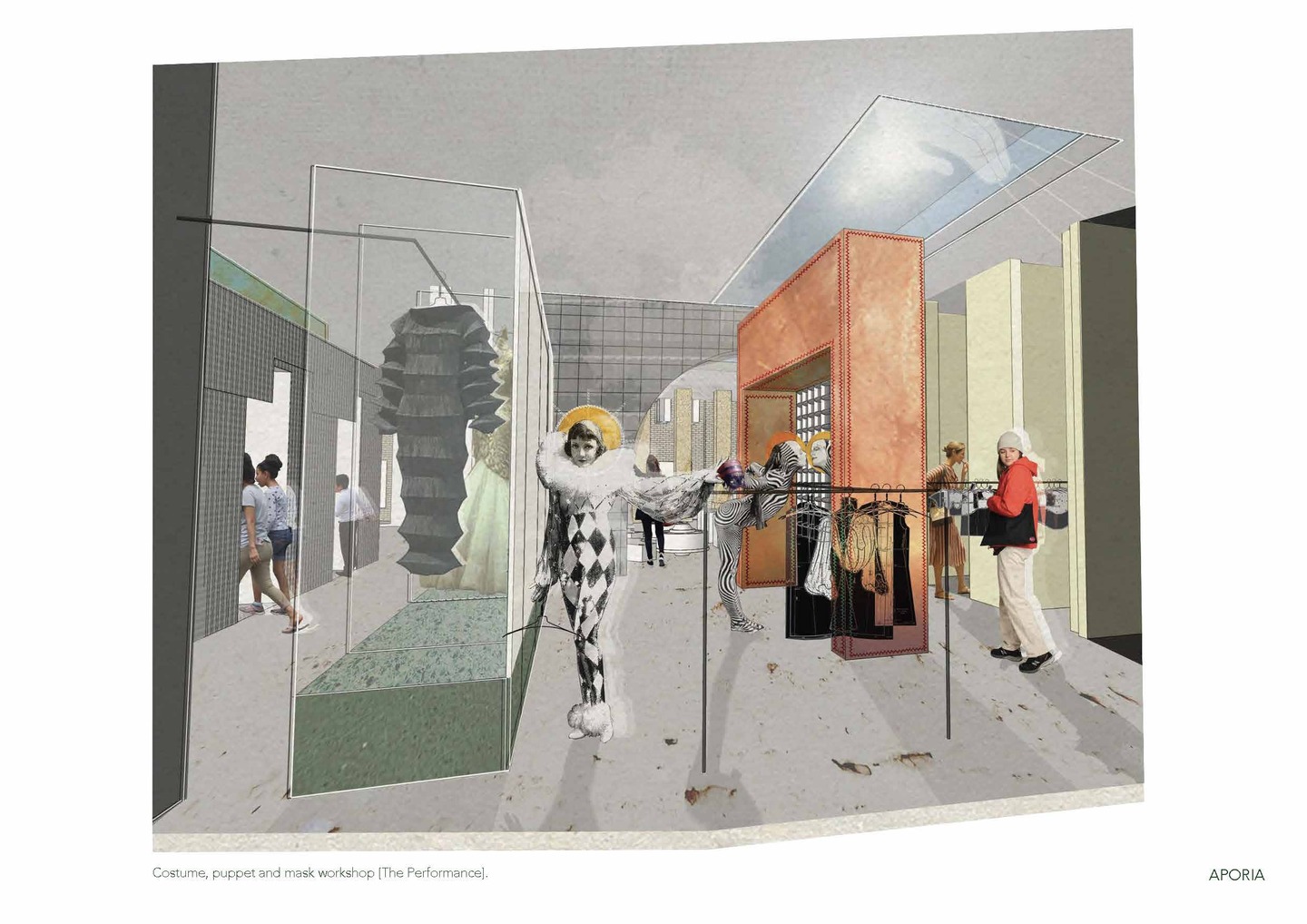 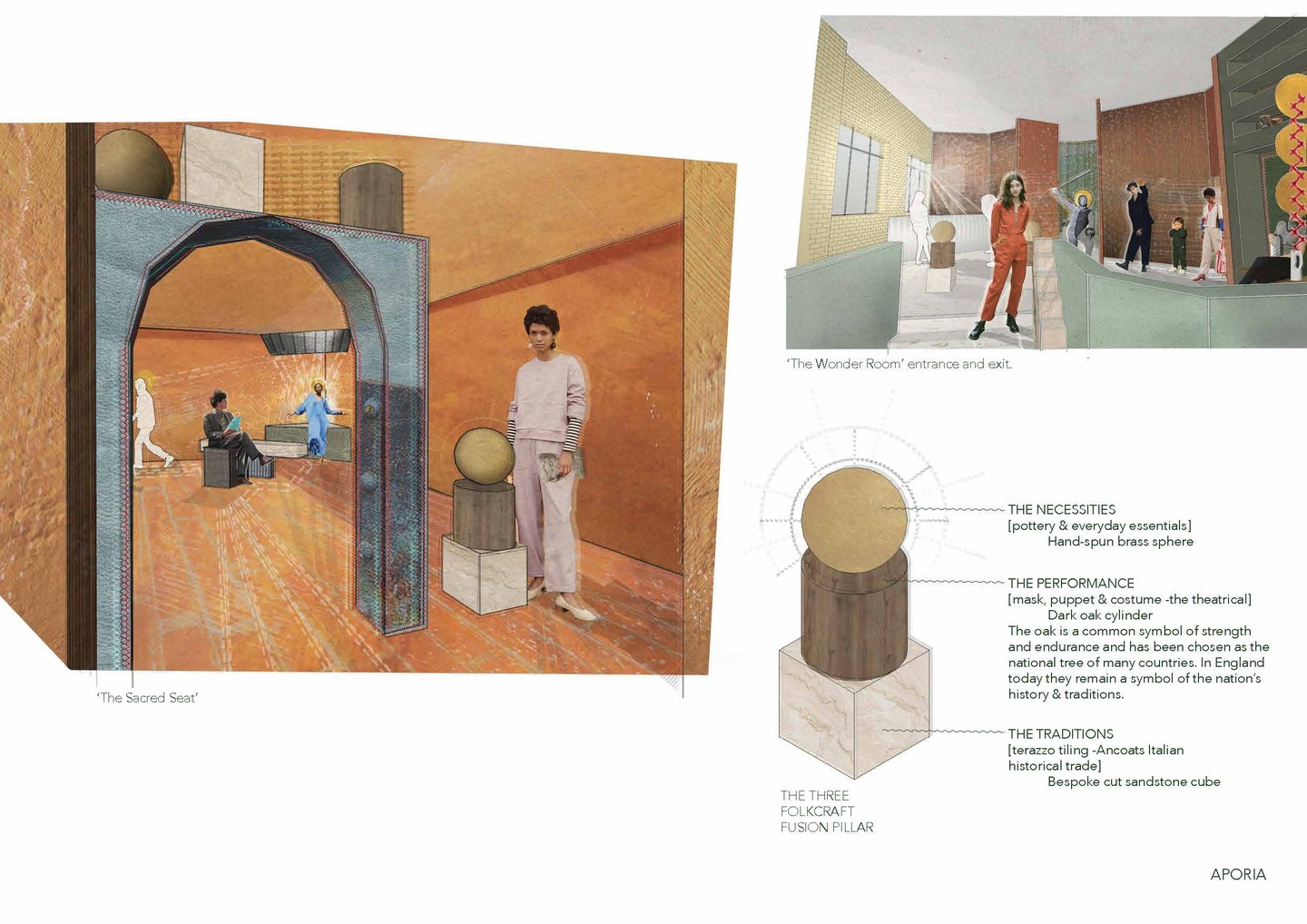 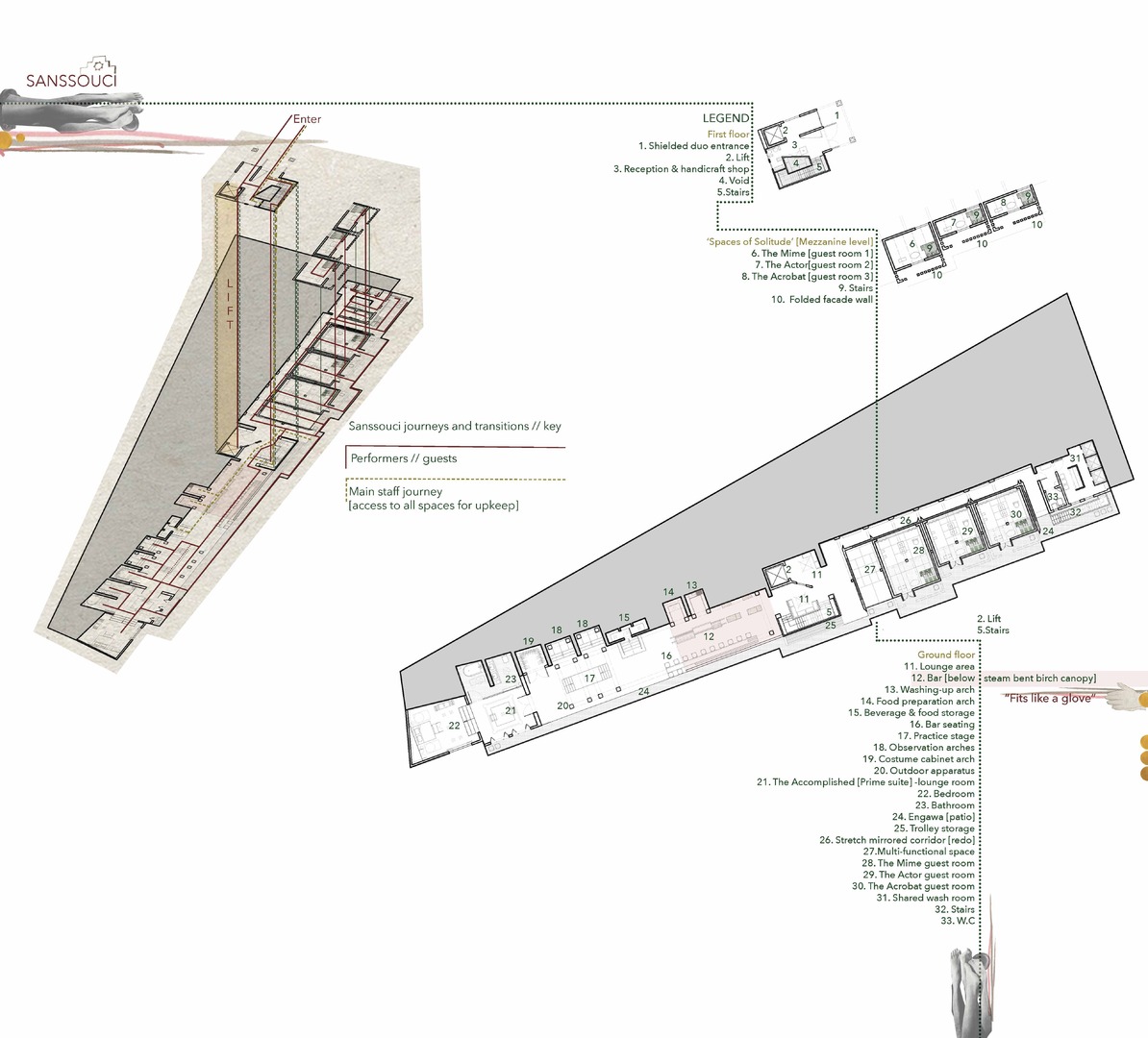 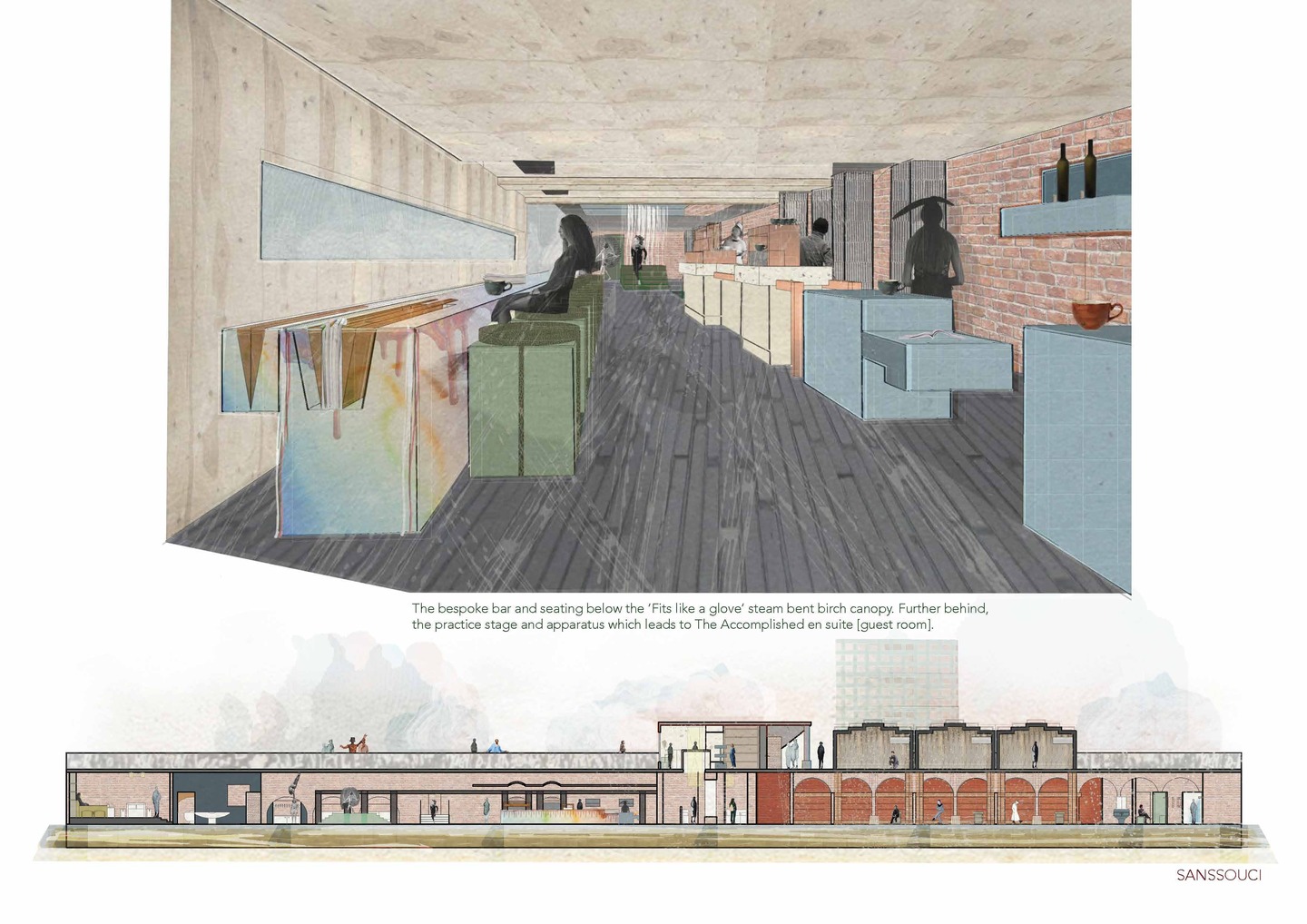 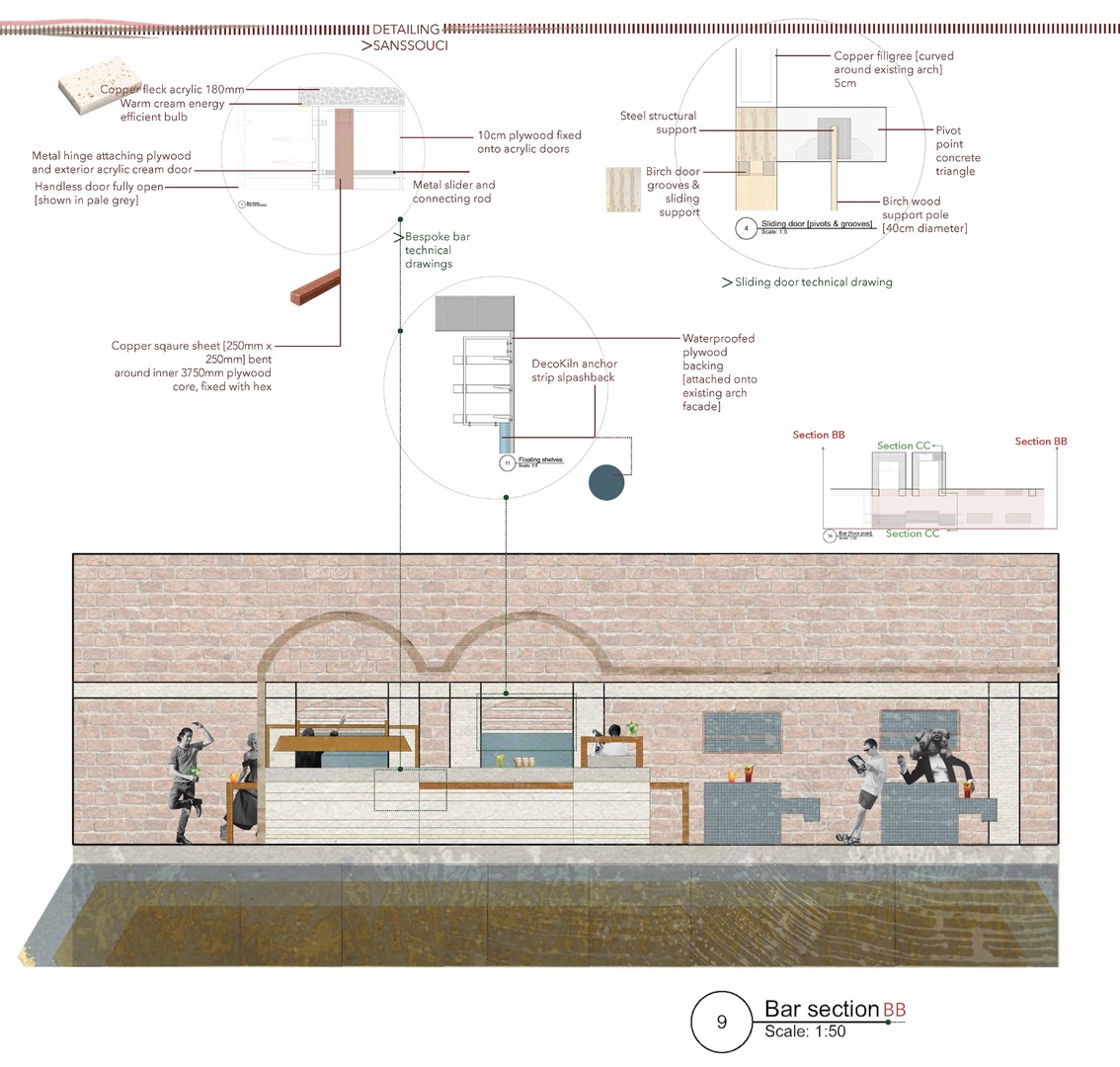 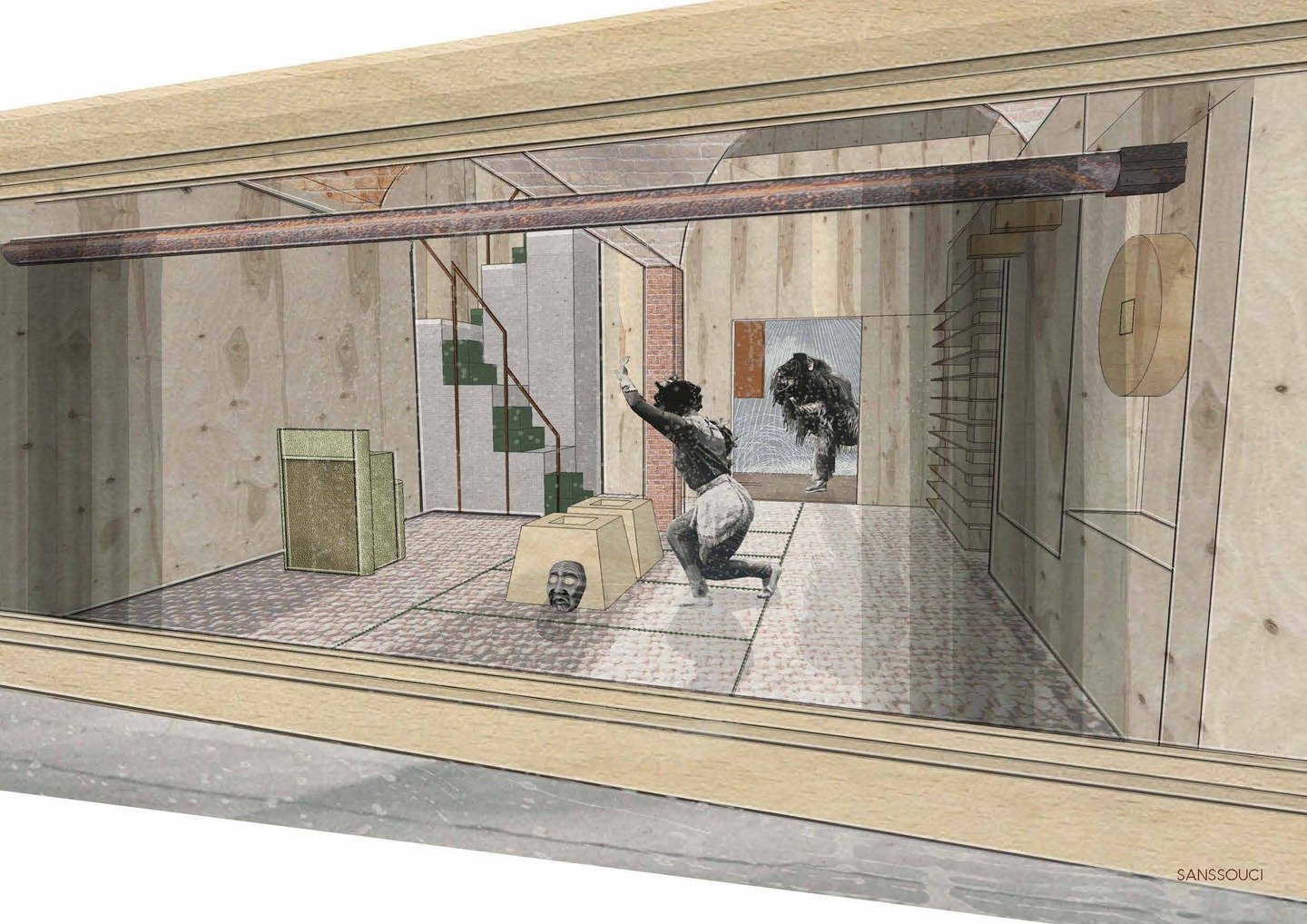