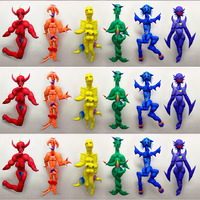 In a society in which straight, white and cisgender men hold primary power and authority, queer identfying subjects challenge the heteronative understandings of what is considered to be “normal”. Heavily inspired by the theories produced by Julia Kristeva and Simone De Beauvoir, the work featured in the exhibit ‘Queer Monstrosty’, by artist Kyle Wynne, redefines what it means to be ‘othered’ by society. Personified through a series of monster-like textile dolls, the work celebrates differences and embraces being queer.

Wynne collaborated with queer identifying close friends and artists by playing the drawing game, ‘Exquisite Corpse’. The drawings created from the fun and care-free game inspired the creation of the various monster-like figures, each representing LGBTQ+ people and their position as abject. By doing this, it attempts to overturn the subject matter the work (rejection, mistreatment and discrimination of queer people) and makes into into something positive and joyful.

Inspired by Sarah Lucas and Louise Bourgeois, the sculptures are hand sewn from materials (such as tights) that are traditionally viewed as soft or “feminine”. This contrasts with the physical appearance of the monsters which could be described as grotesque, disjointed and actively threatening archaic notions of propriety by defying binarised categorisation (male/female, whole/fragmented, finished/in process). The pieces appear to be somewhat animal or demon-like, which reflects the dehuminasation of queer people, specifically during the 1980s AIDs epidemic, when gay men were made to be the enemy by society.

The concept of the ‘Queer Monstrosity’ is to celebrate queerness in all its forms by redefining the term abject and turning its usual negative connotations into something positive and uplifting. Through its use of pride colours and eccentric looking figures, the exhibit draws attention to problems with how society treats those considered to be ‘others’, whilst maintaining a celebratory and playful theme. 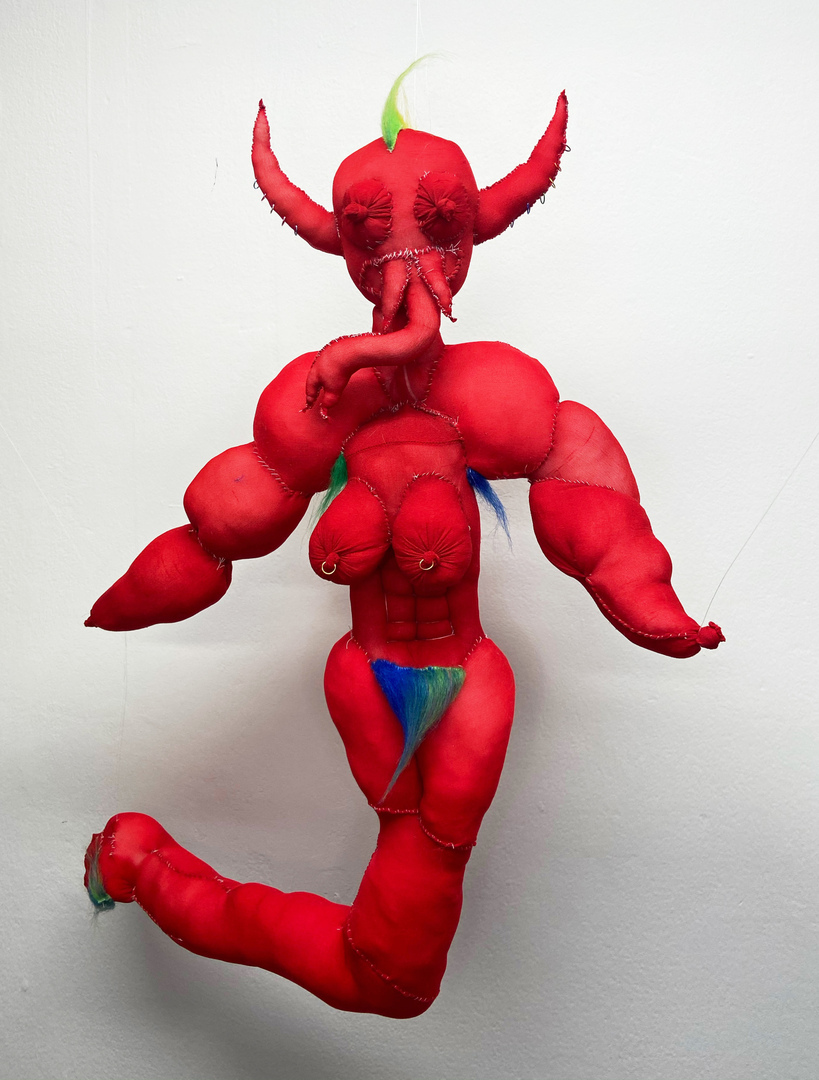 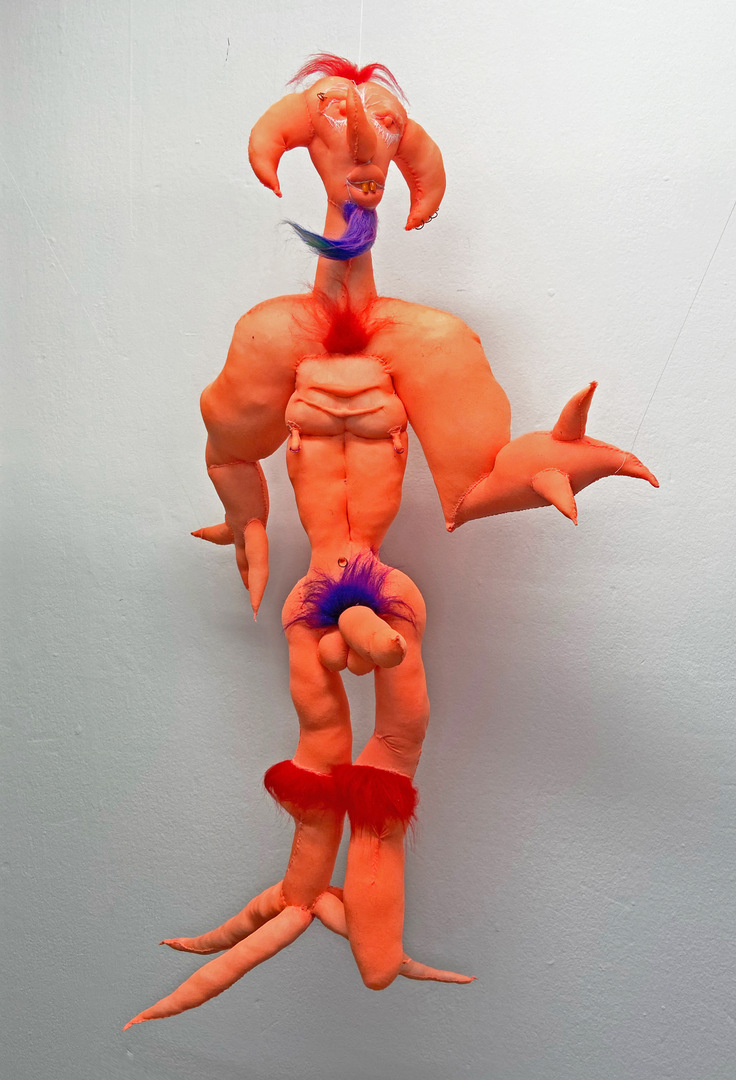 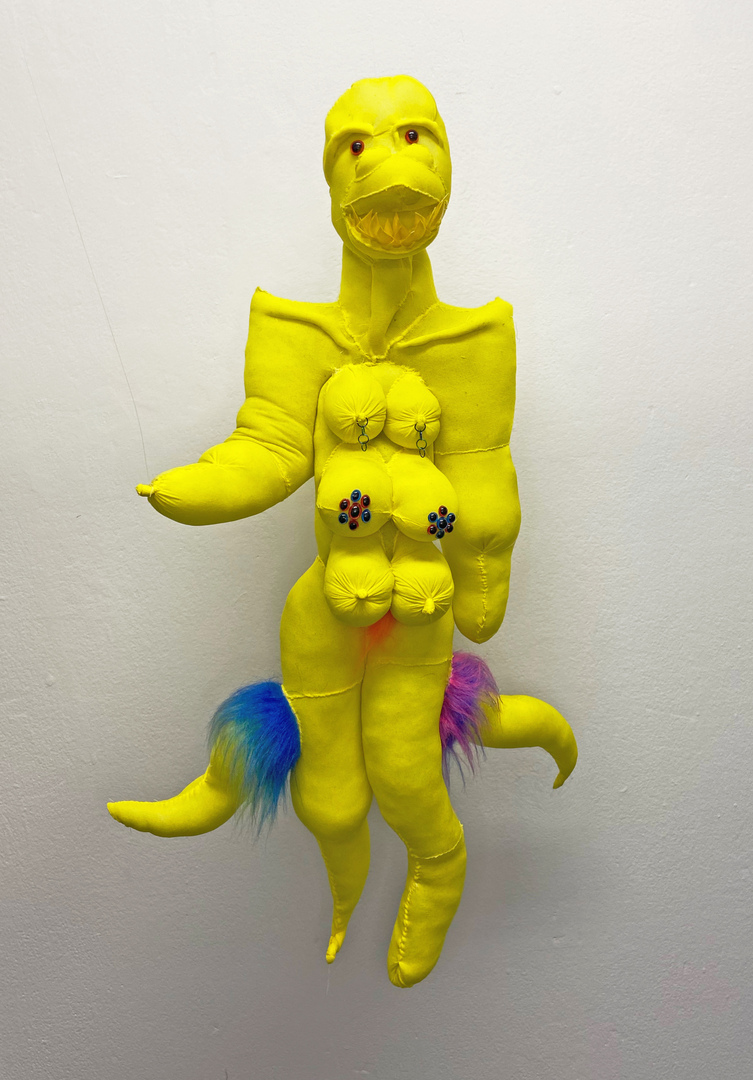 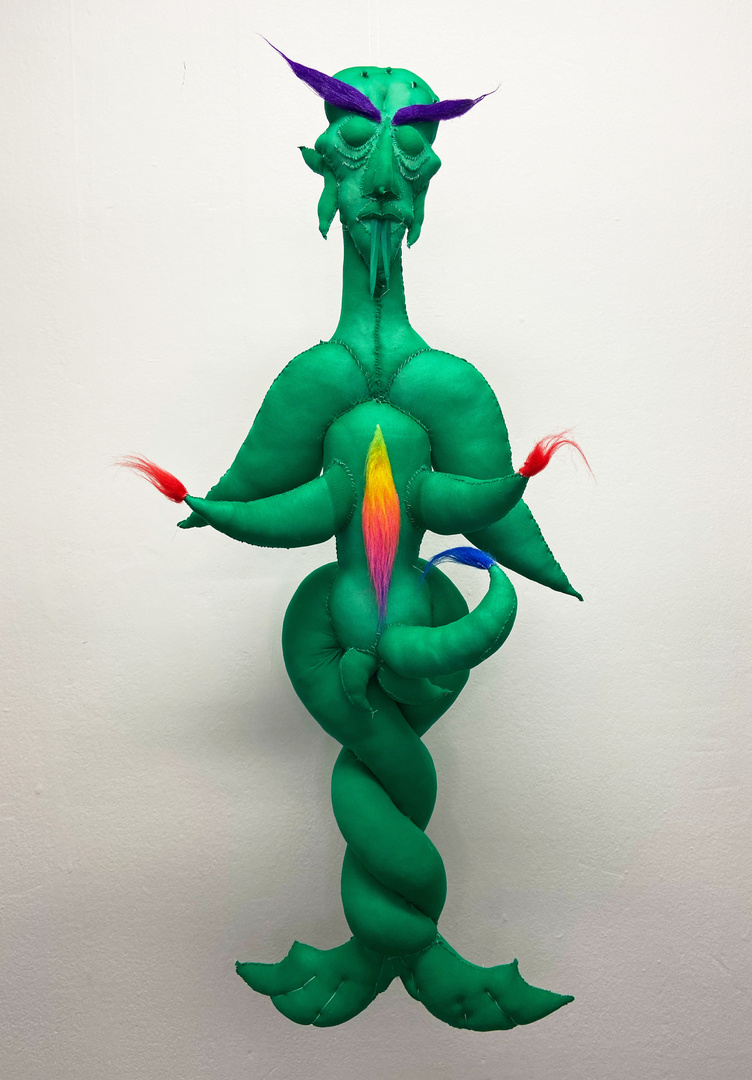 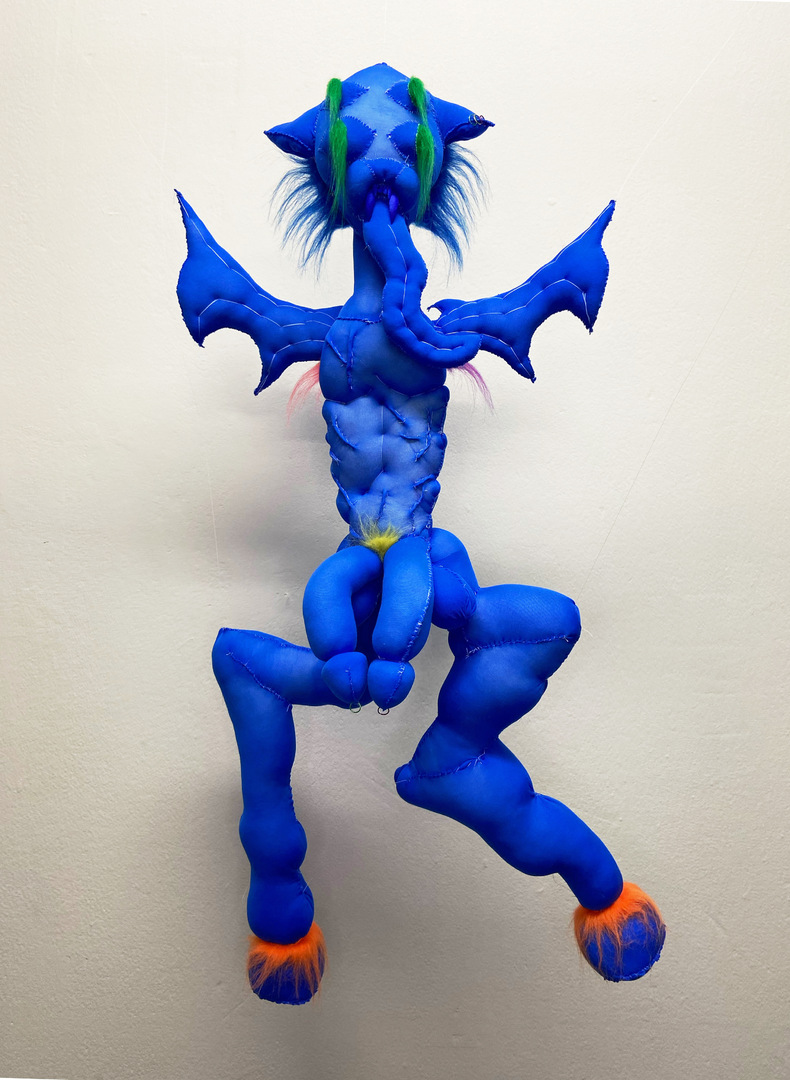 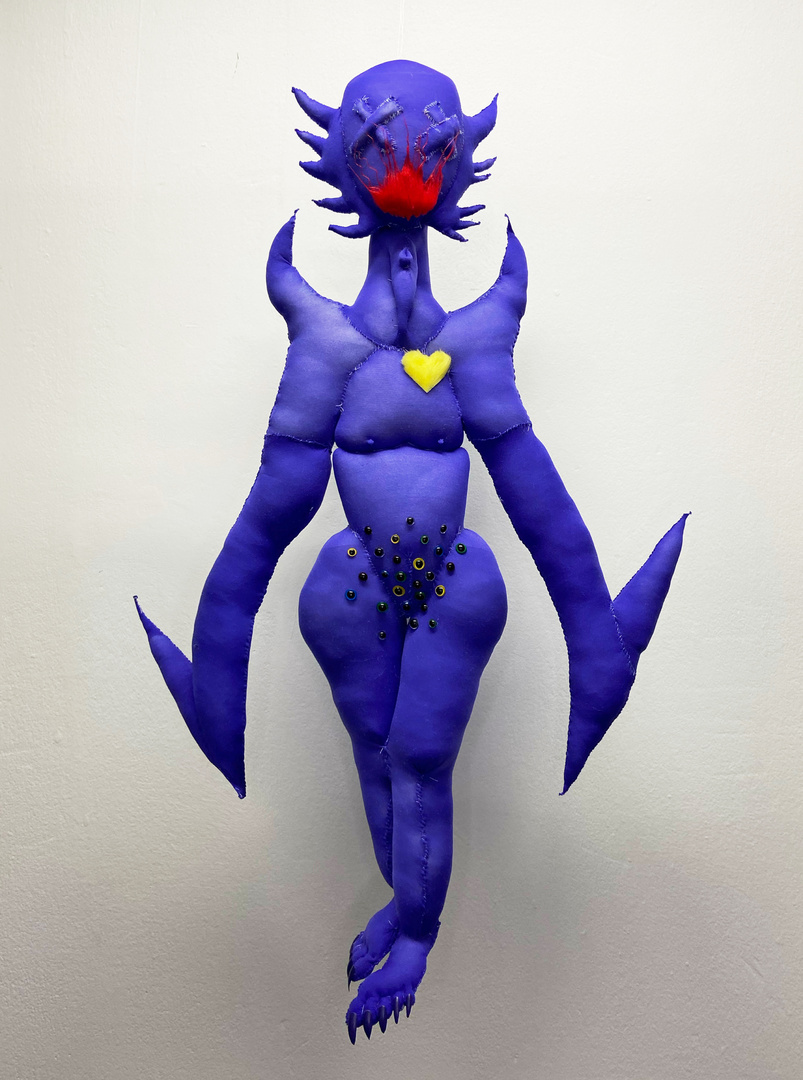 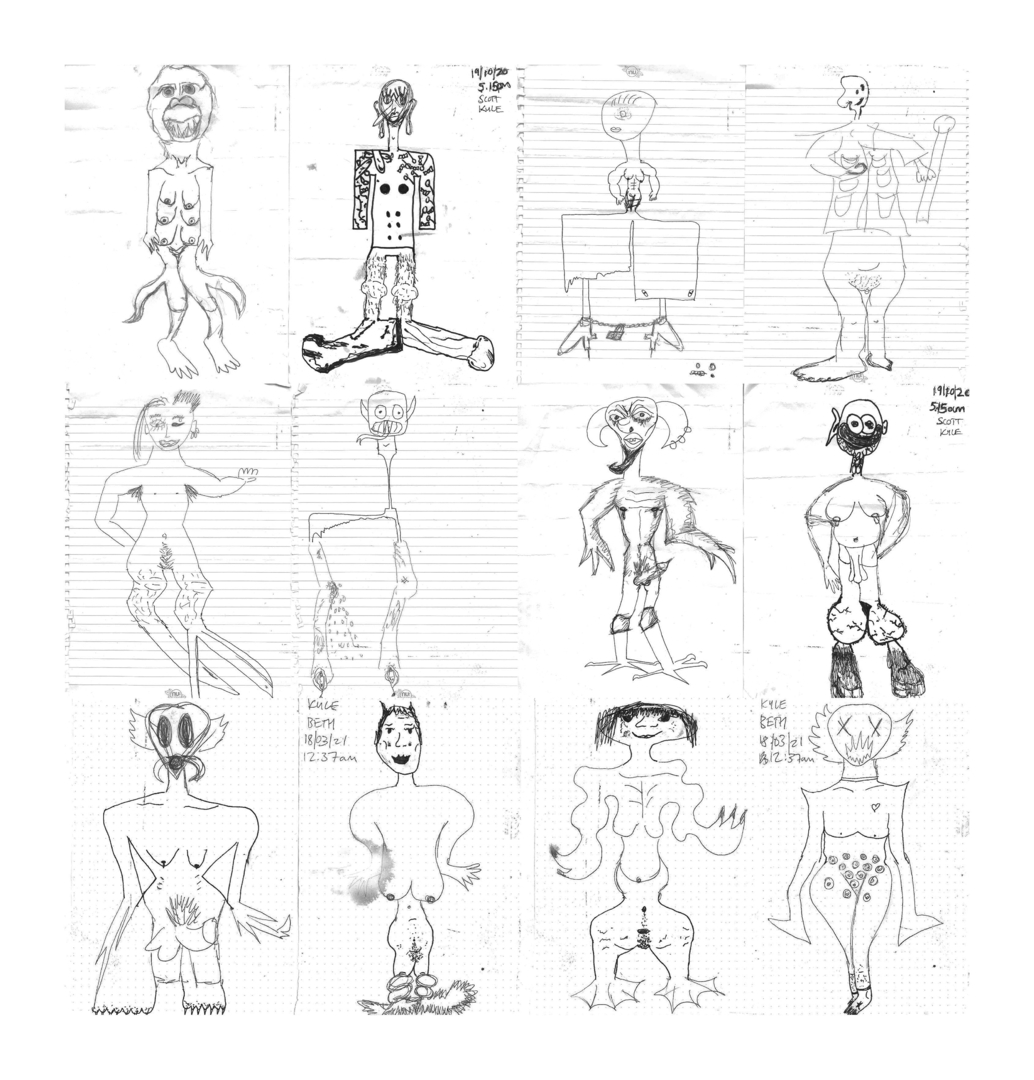 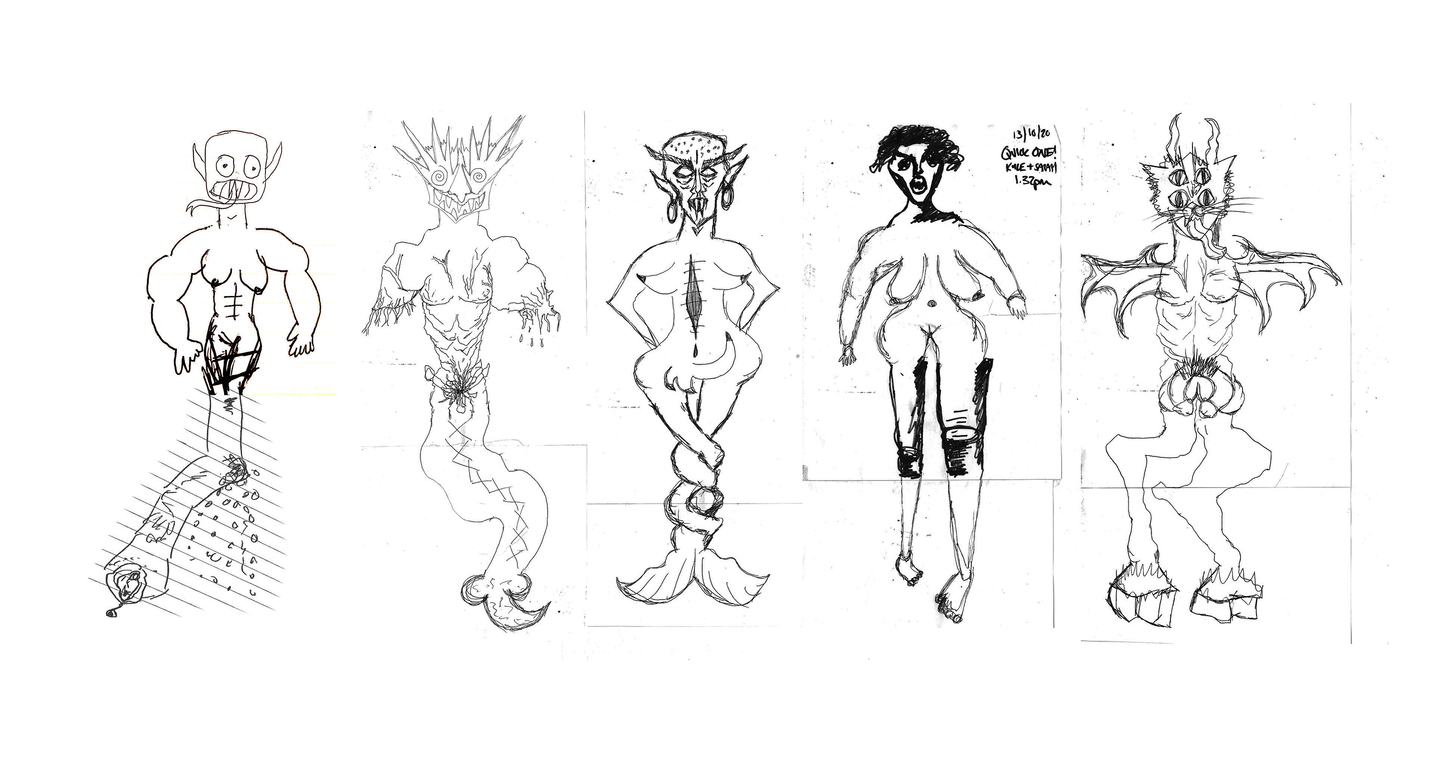 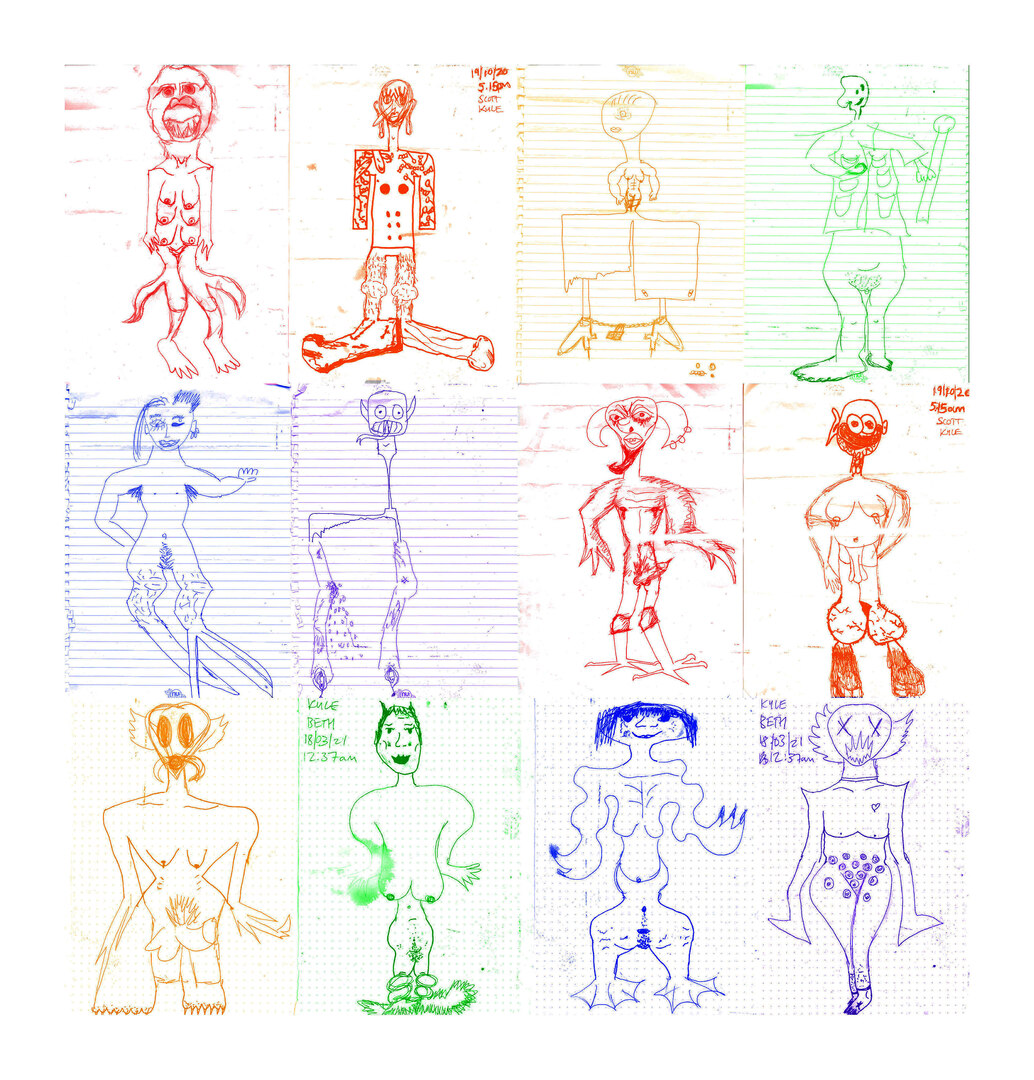