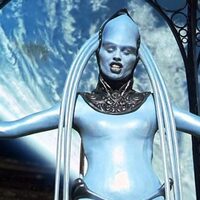 My practice explores the relatively new, fertile ground of reality television, with a particular focus on the intense interactions which it captures and records, and its direct impact on modern political discourse. My work has always been people centric, and my love of audacious personalities’, whether it be in the classics or on Celebrity Big Brother, feeds into the theory behind much of my set design work. My father is a garden designer, and I feel I’ve been raised with an inherent understanding of spaces and how an environment can tell a story.

The influence of Derek Jarman’s directorial approach has pushed my work in a more collaborative direction. My portraiture is informed by the bold, camp storytelling of artists such as David LaChappelle and Grayson Perry, who tinge historical source materials with an unapologetically queer dye.  I feel the themes of my work are comprised of various conflicting parallels, influenced by Alexander McQueen’s blend of deconstruction and antiquity. Adam Kotsko’s writings examine how sociopaths are prevalent within every aspect of contemporary television, which has inspired my practice to examine what constitutes as “good” and “bad” morality in the 2020’s and ask who wields the power to assign those labels in the media?

My ADHD often manifests itself within my work with a distinct maximalism. I take joy in the occasionally naïve aesthetic of my object making, and how it can undermine the subterranean research, references and narratives at play. The ethos behind Monster Chetwynd’s performances has encouraged me considerably this year, and I want people who see my work to realise that pantomime and splendour can be conjured from materials which are in fact very low economy. 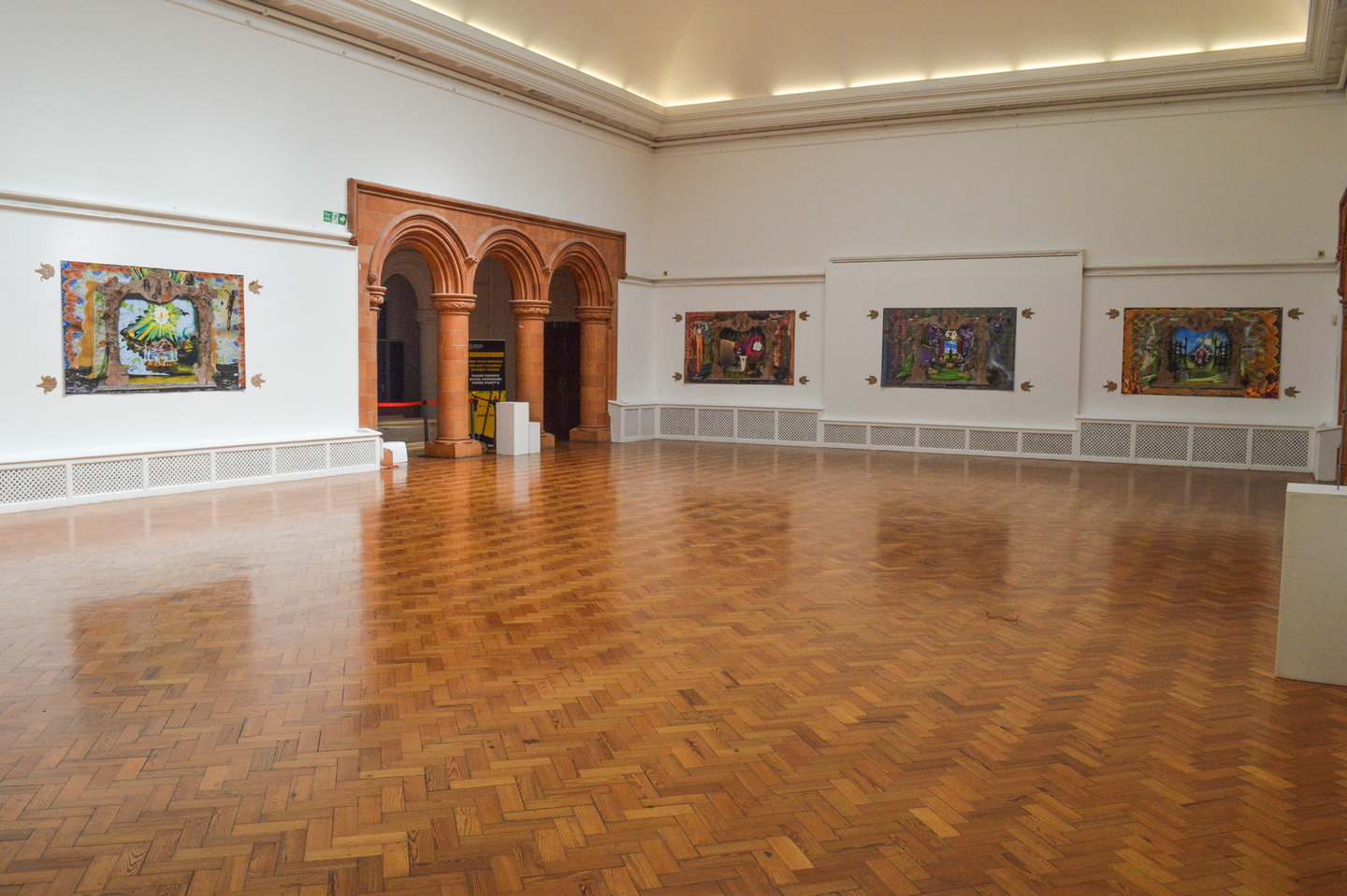 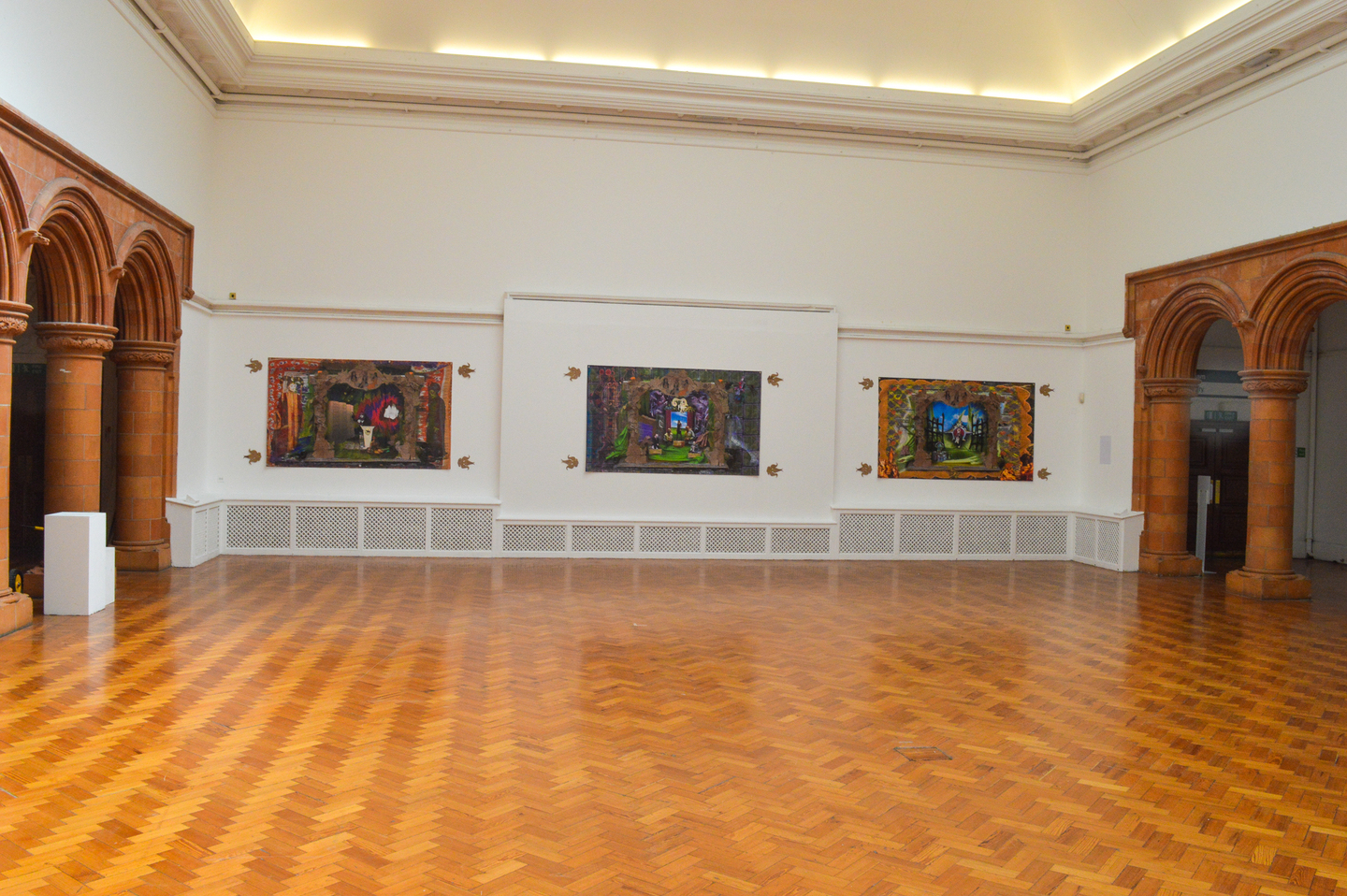 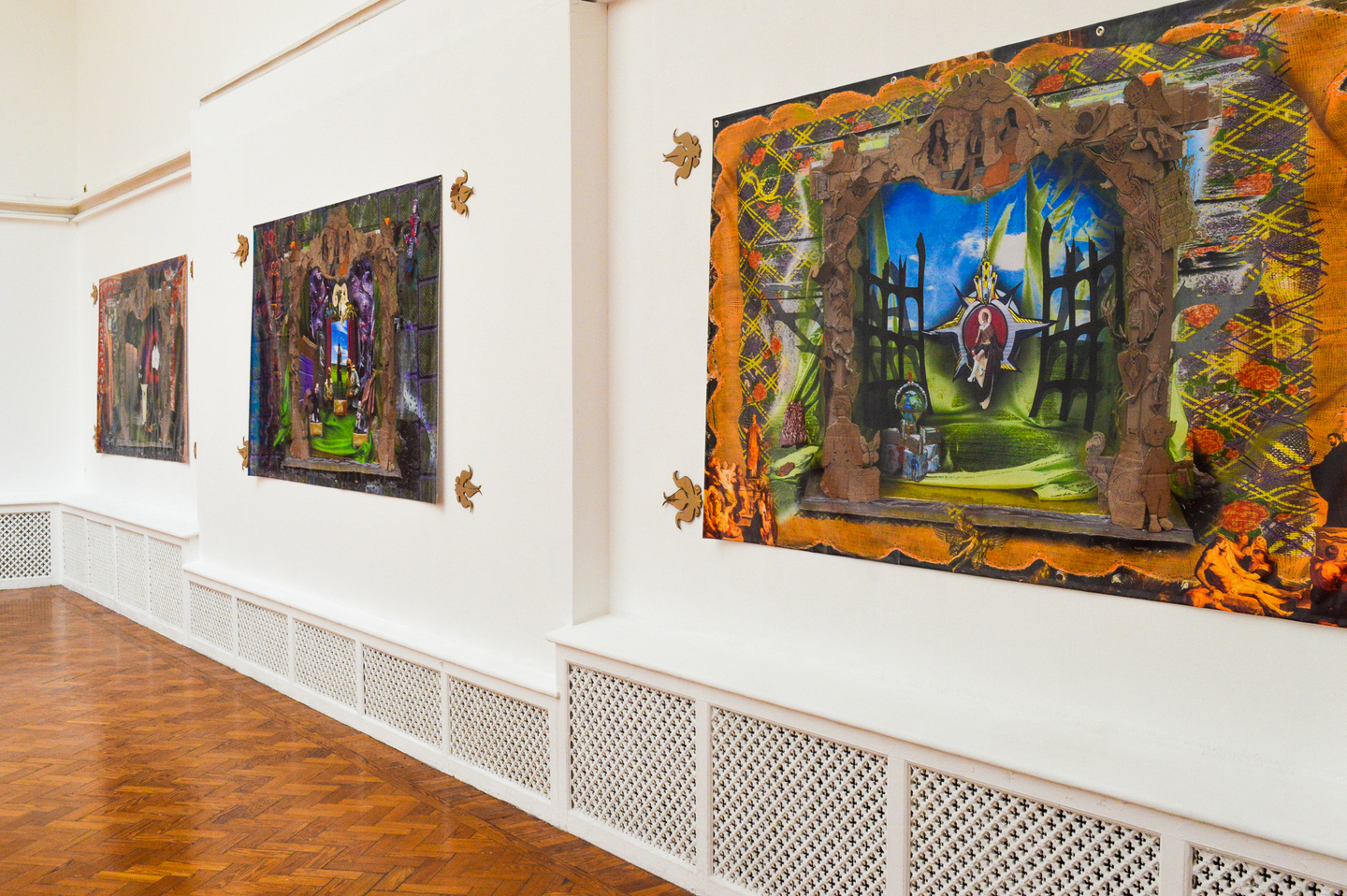 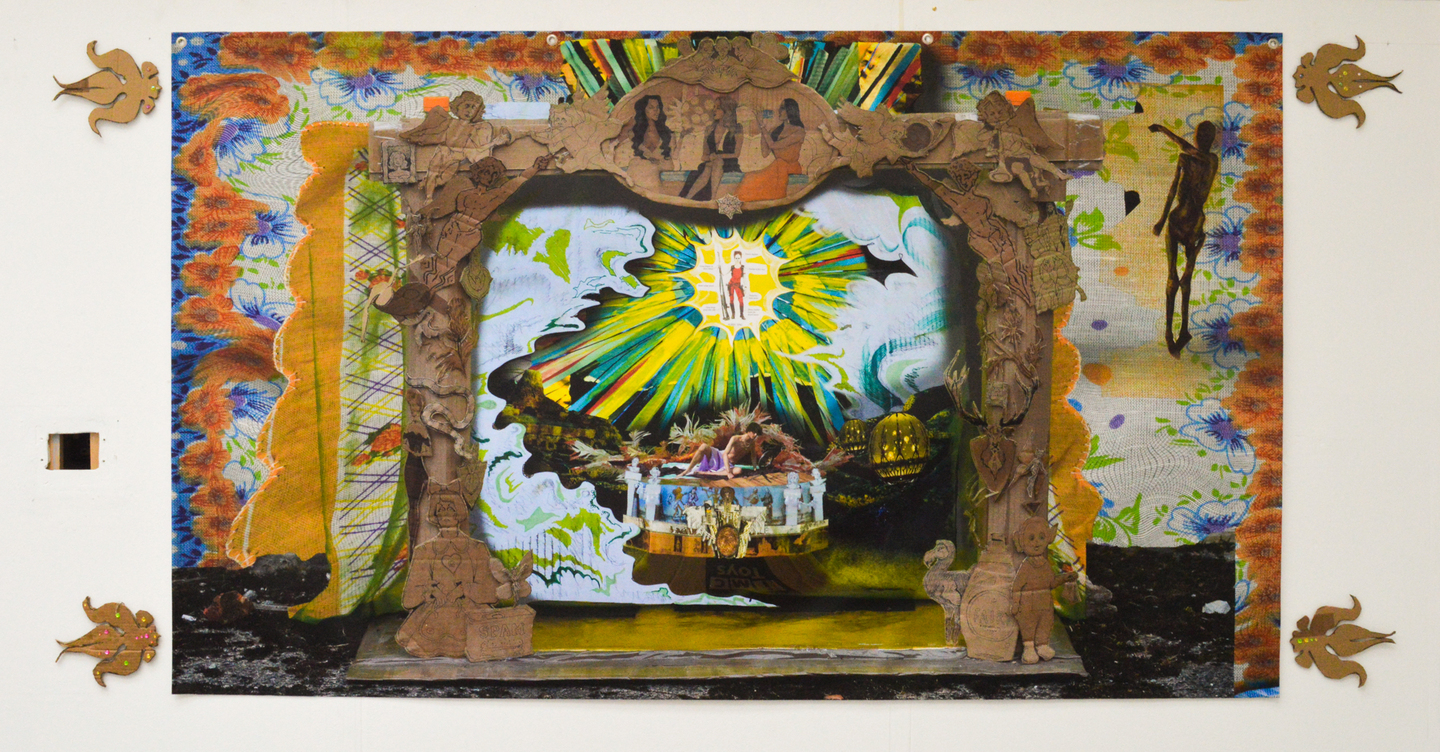 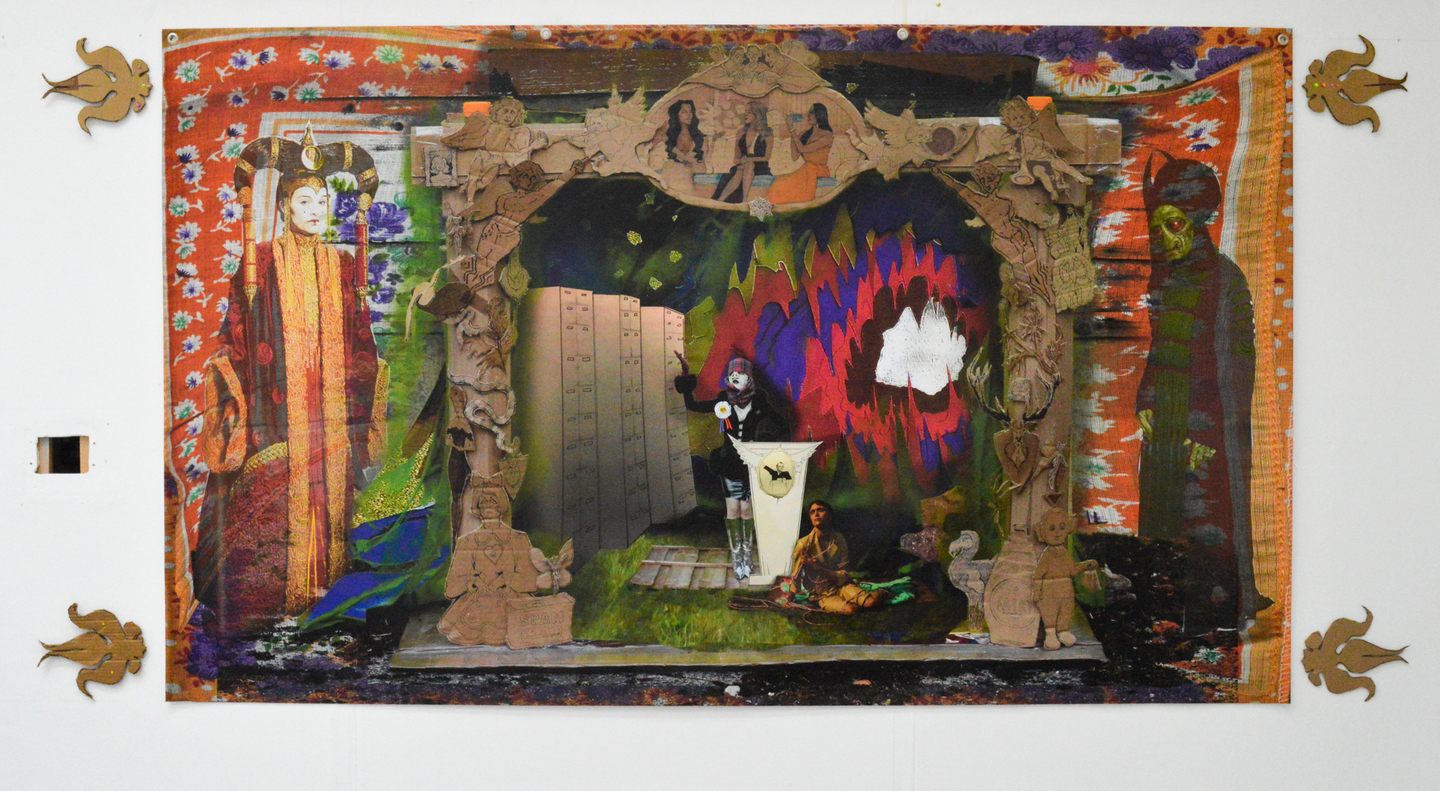 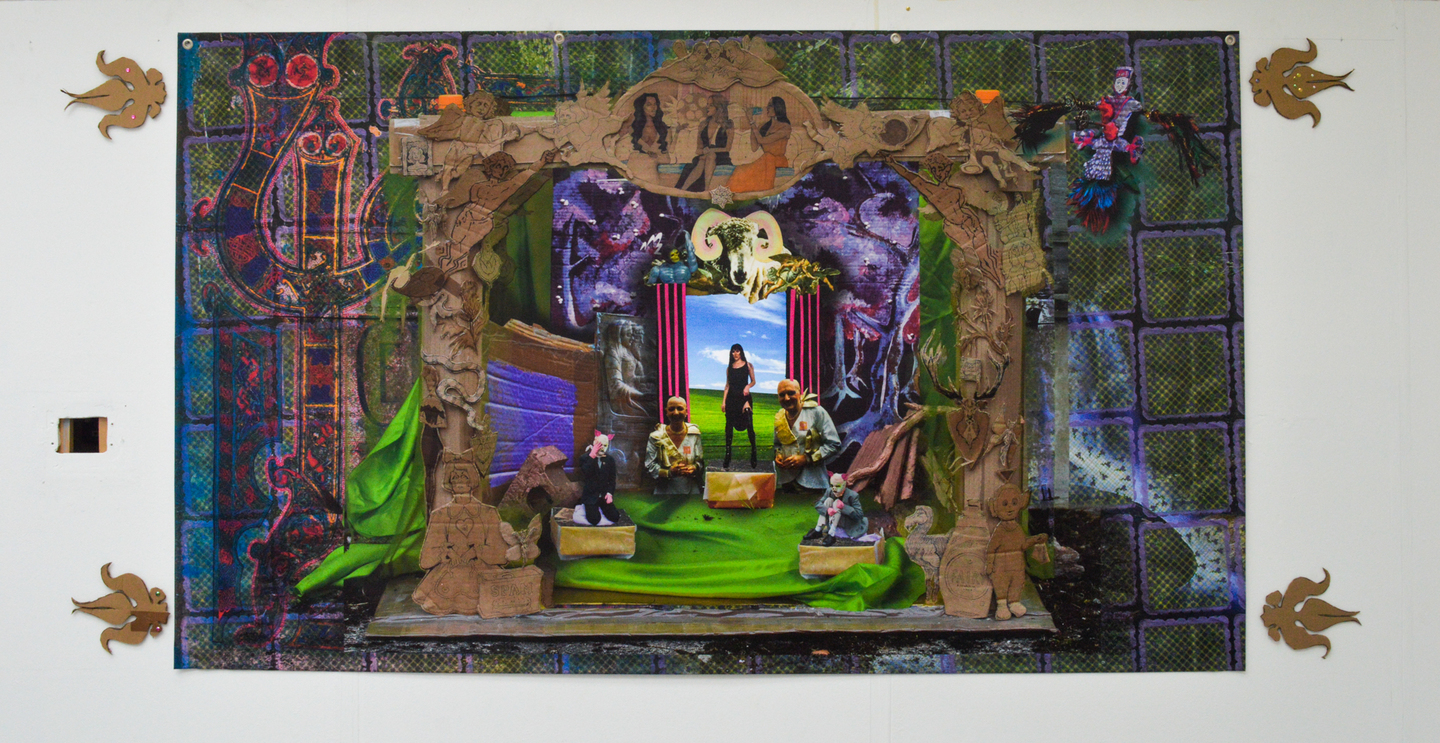 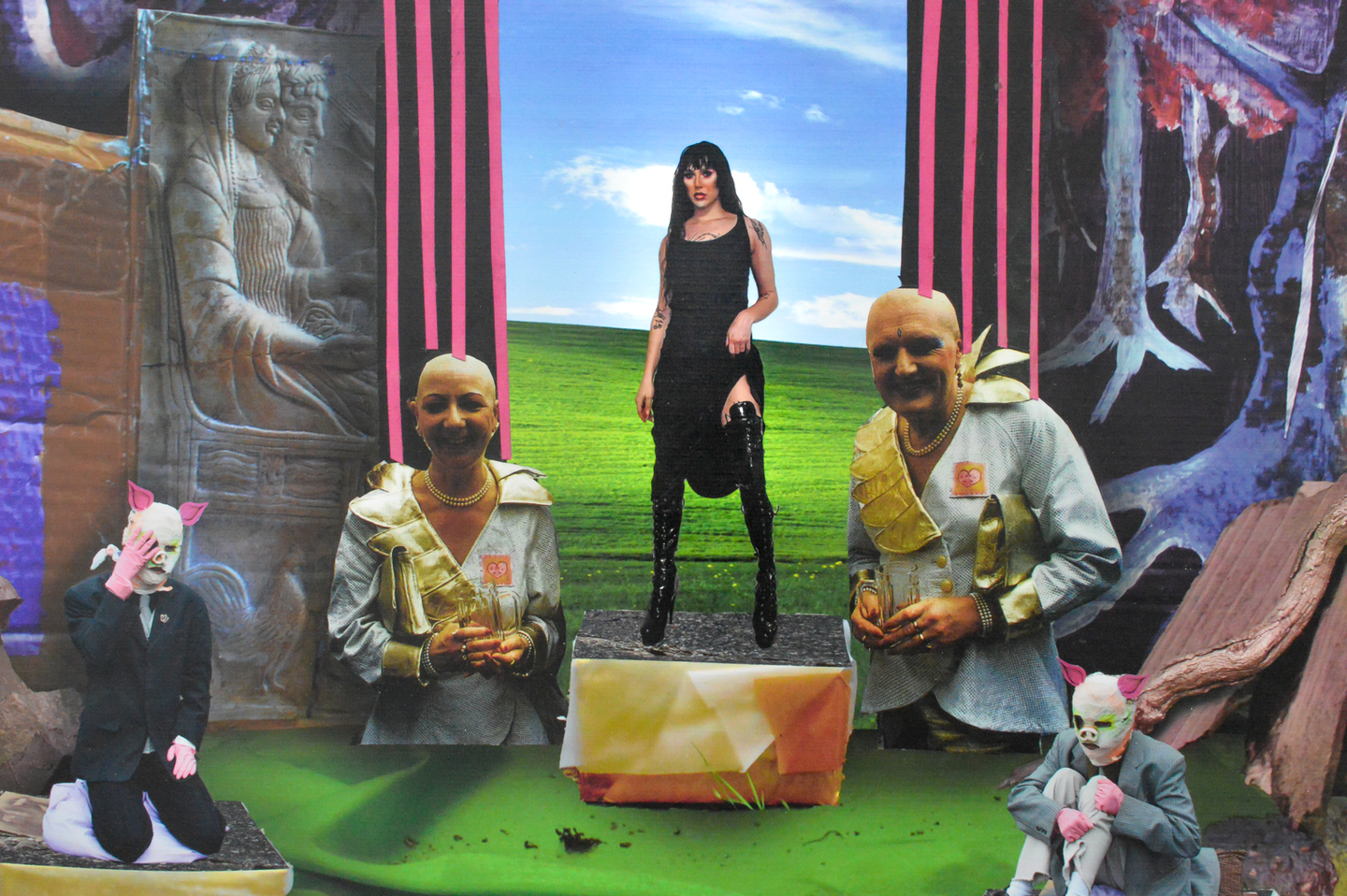 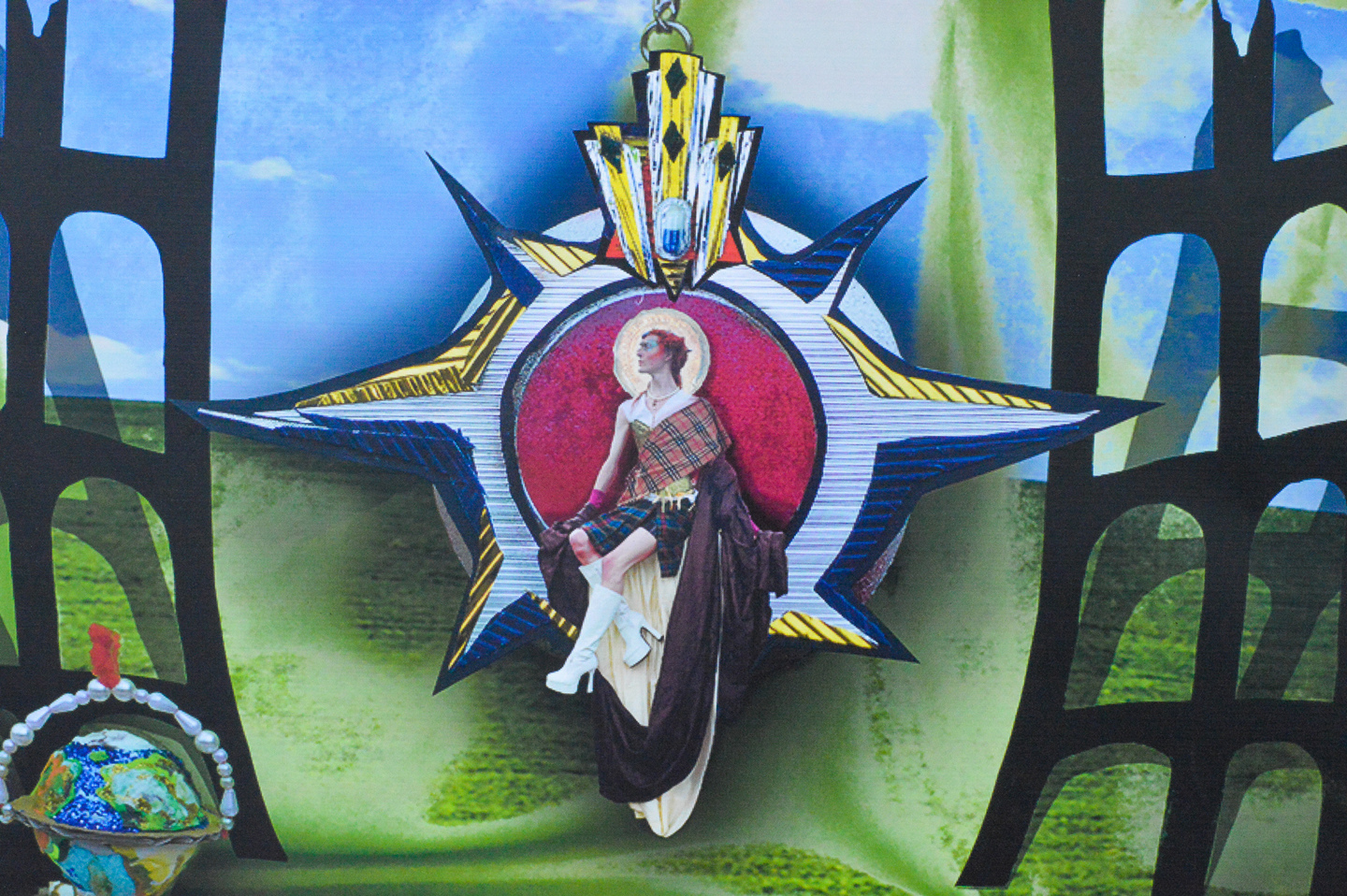 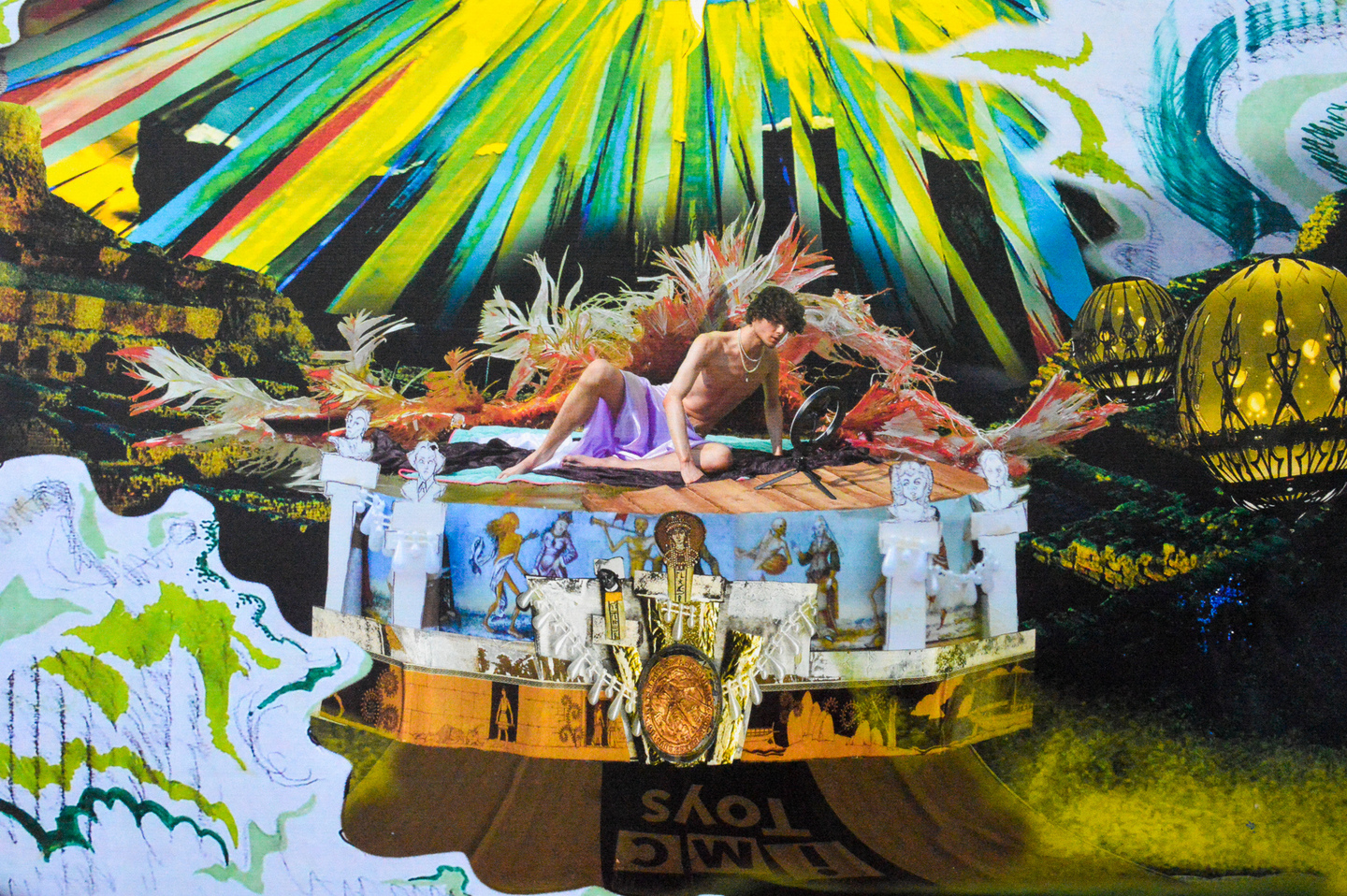