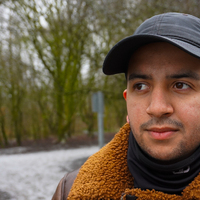 Walter Benjamin once commented on drawing’s function to be a map or design, in response I am exploring the capabilities of drawing as a tool for constructing ambiguous, non-linear narratives. Their apocalyptic setting sees natural and man-made disasters occurring around characters I create, who act as reactions to this dystopian world. To create these works I begin photographing people and landmarks of interest around Manchester, using them as vessels for my characters and settings within my stories. Digital programs are then used to compose a collage containing my figures, objects and environments, displaying their metaphorical potential and are used as a reference.

I am inspired by television shows and video games like ‘The Walking Dead’ and ‘The Last of Us’, both containing post-apocalyptic landscapes of undead and animalistic humans infected by aggressive viruses. I find the characters important in reflecting humanity’s resistance to survive in traumatic circumstances, drawing out their true nature. This aspect of how several individuals endure such a world, is what helps me to mould complex figures that could re-occur and establish connective elements.

I have authority over the drawings and their structure, however I encourage viewers to interpret them subjectively so that new meaning can be discovered indefinitley. Escaping from the natural world by creating an alternate one is also important, allowing one to be fully immersed in the world without always having concerns about its existential value. I aim to order the works in a linear fashion, so that a coherent story can be told. 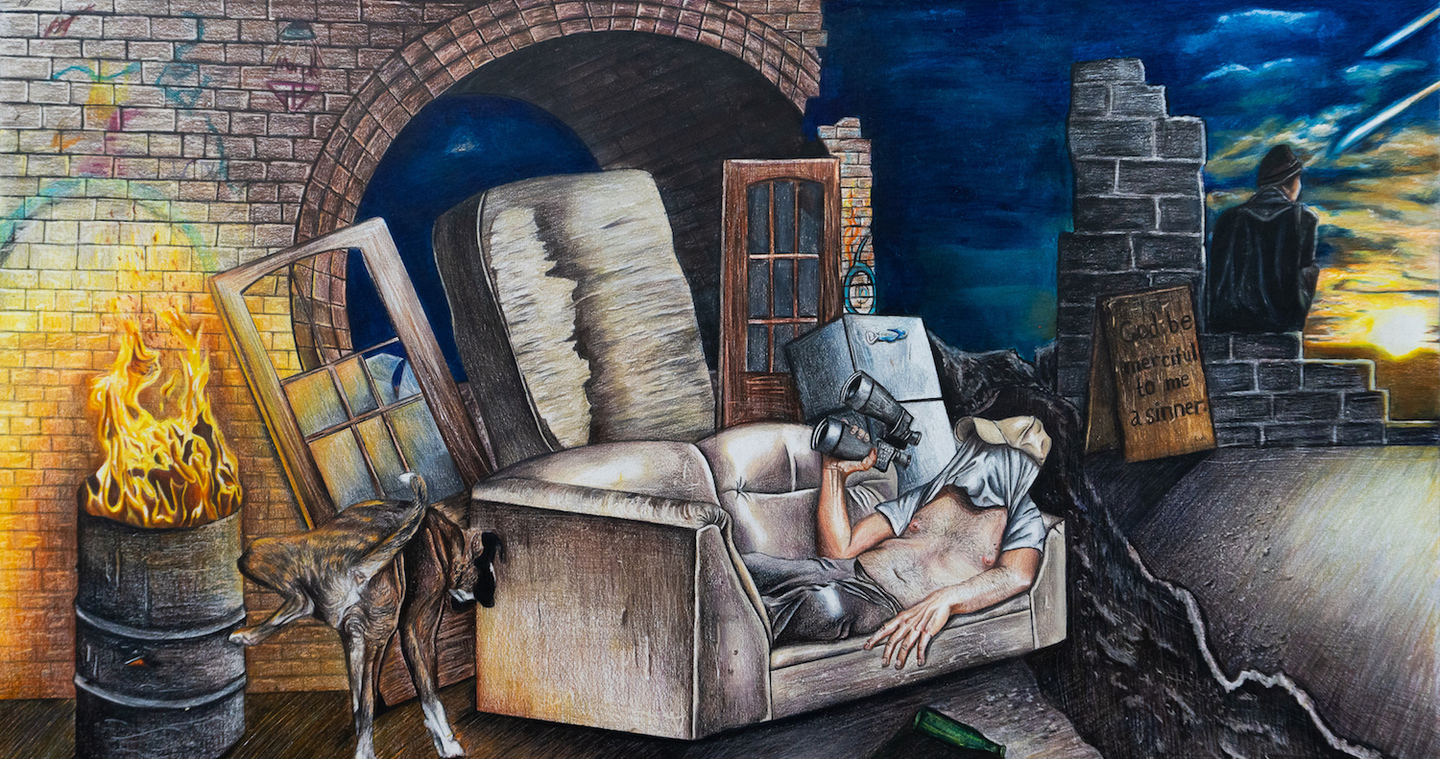 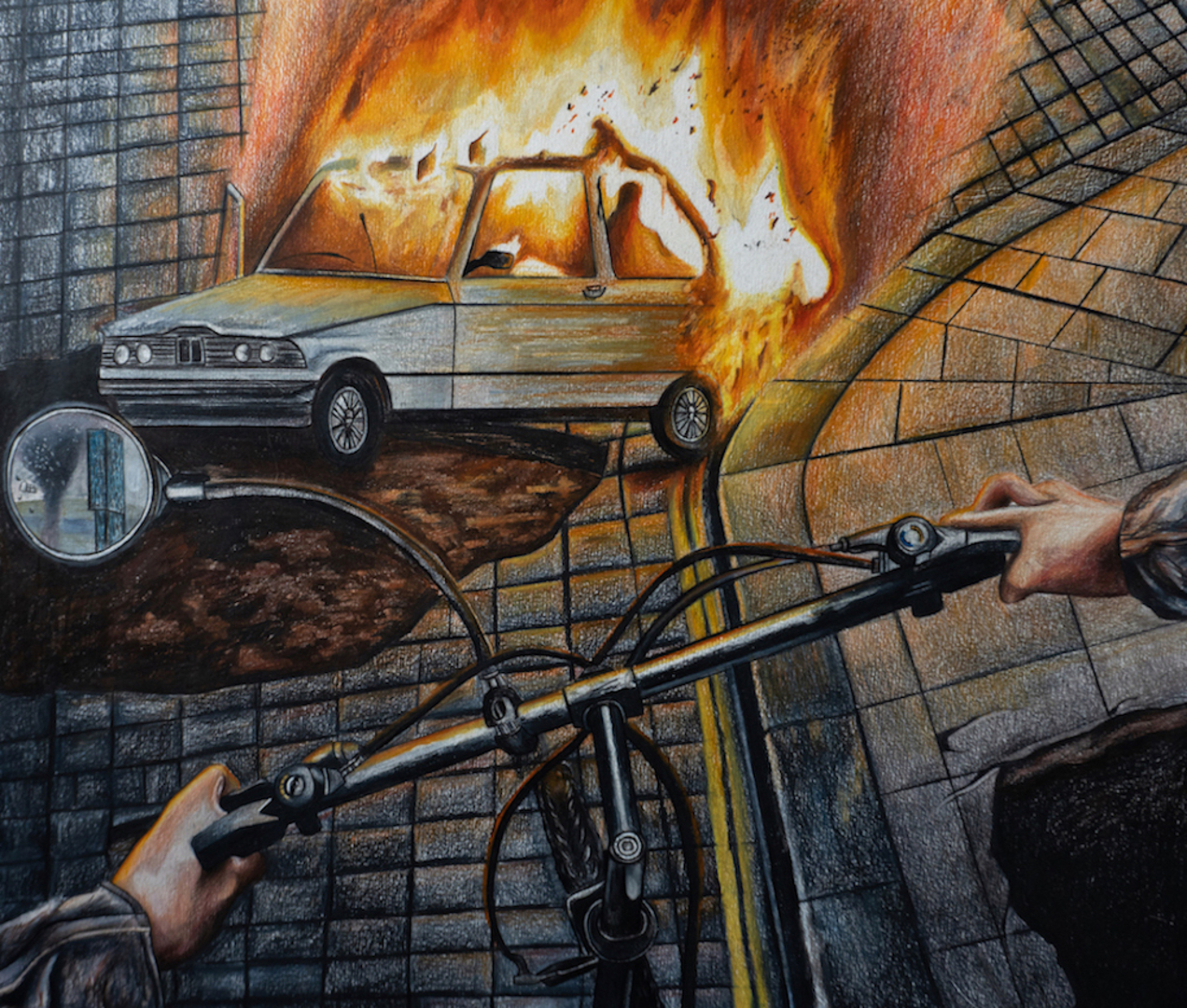 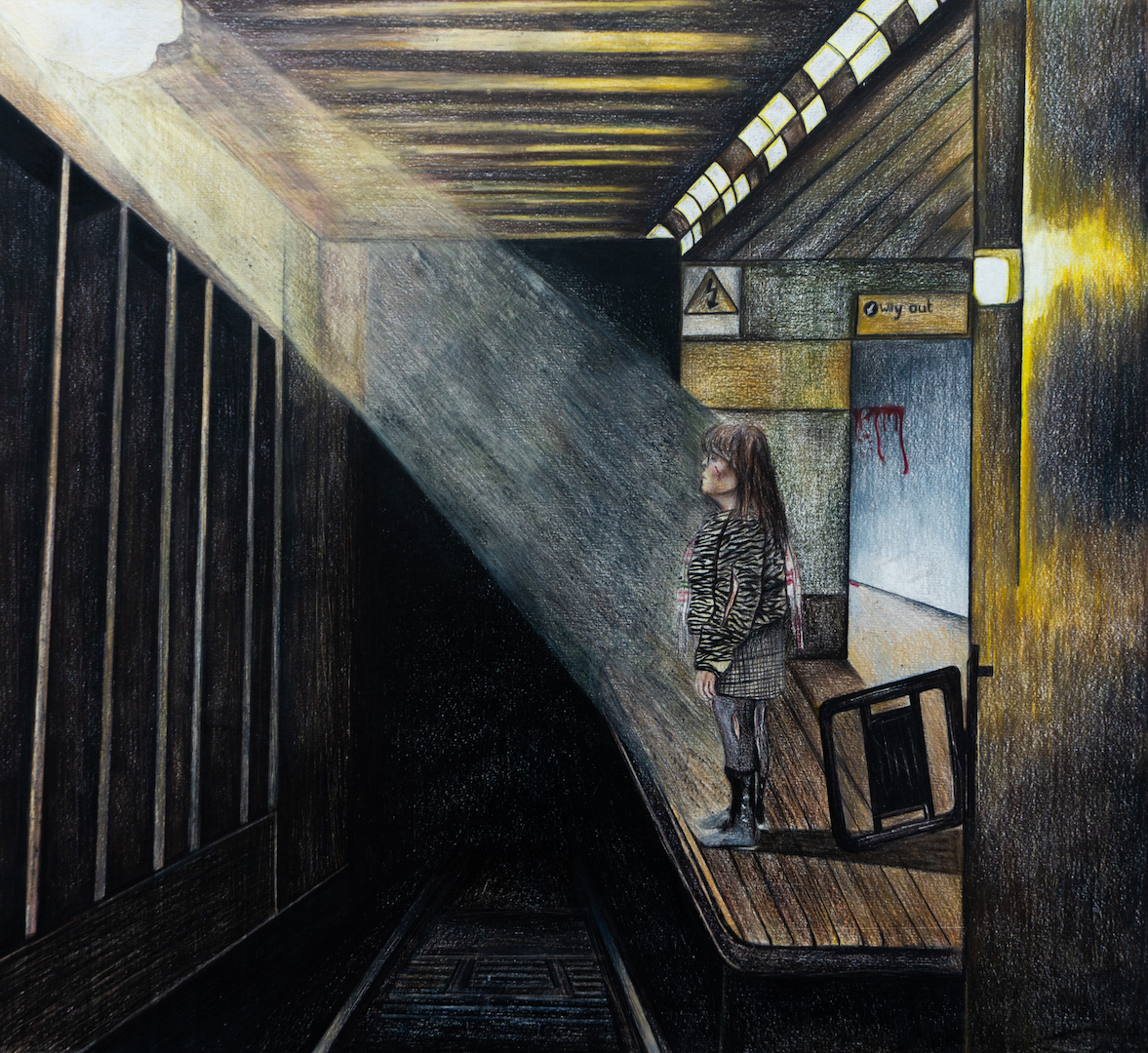 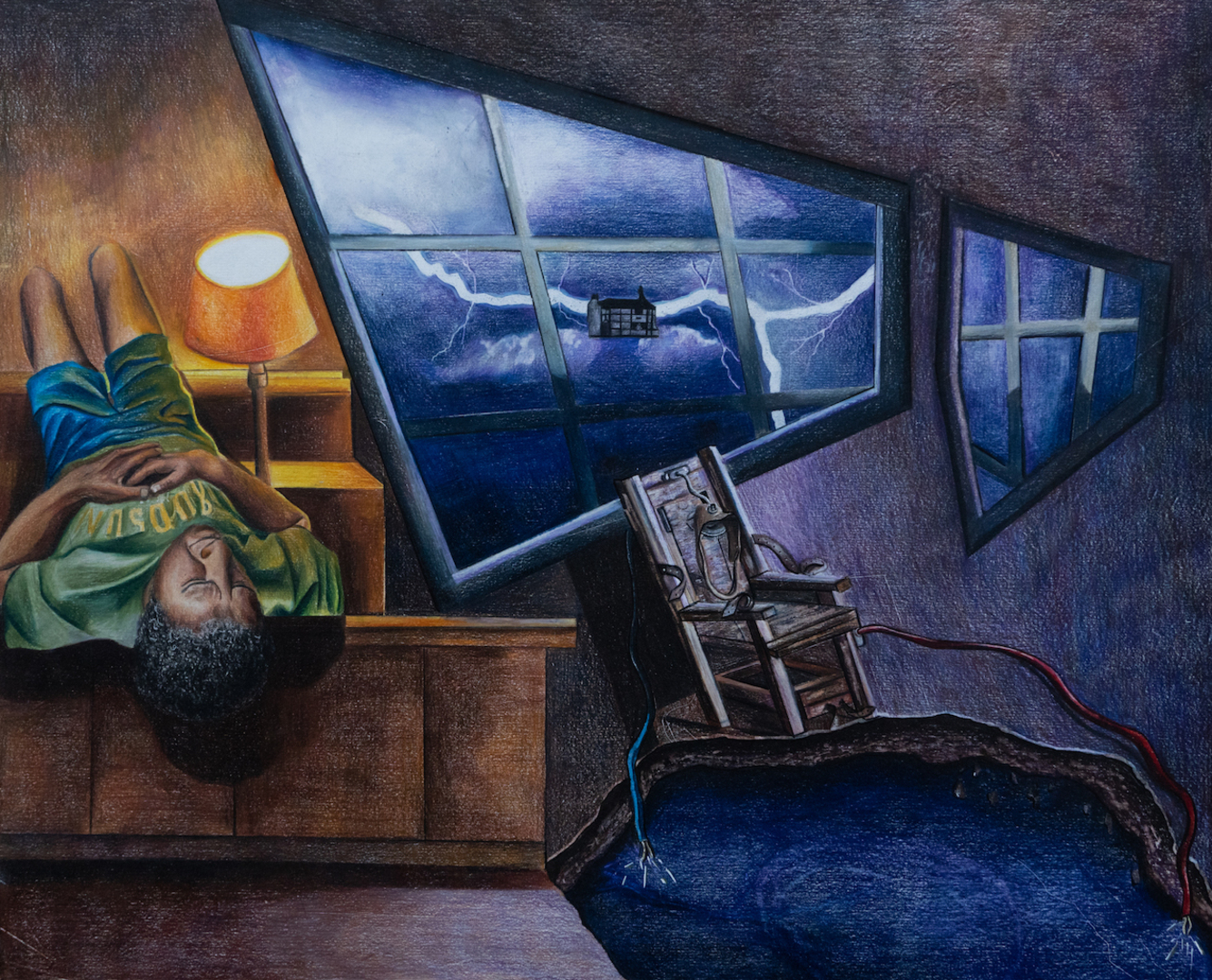 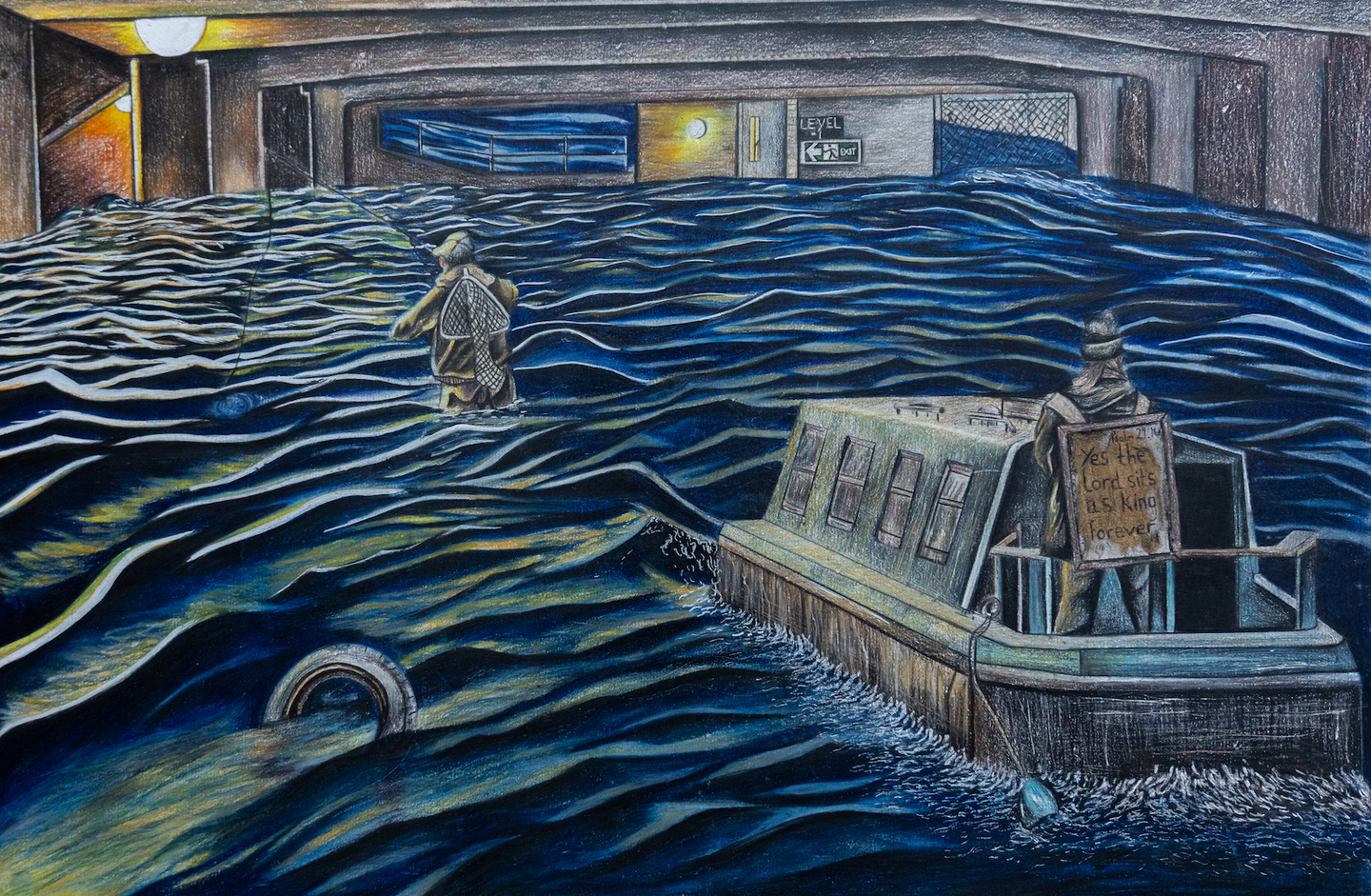