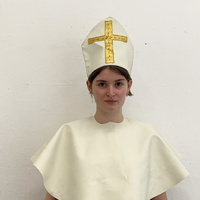 Karkut-Law’s work explores queer and religious relationships with the body, through frequent visual references to the clothes, iconography, and symbolism of Catholicism. These references are intended to be viewed through a secular queer lens, particularly by highlighting the camp nature of ecclesiastical wear. Framing their work around the body, Karkut-Law explores how their own body and the bodies of others interact with their artwork.

Angel in Quarantine is a reflection on the performance of gender when in isolation - in this case, forced isolation for two weeks. Originally a film piece, these stills display rituals of cleaning and grooming in an act of ablution. The medium of film gives the artist control over their appearance, which in turn influences how they are perceived by the viewer.

Magna Mitra Pretiosa utilises the form of a papal hat, super-sized and super-camped to create a queer version of a religious space. The audience are invited to interact with the mitra, stepping through the curtains into a glittering interior. A space for meditation, confession, conversation, or anything you else desire. The interior draws on the anonymity and contemplation of a confessional booth, without the shame or need to repent. Whilst there is the possibility for reflection, the space is also humorous, camp, and queer - concepts that are not so readily found within the doctrine of the Catholic Church. 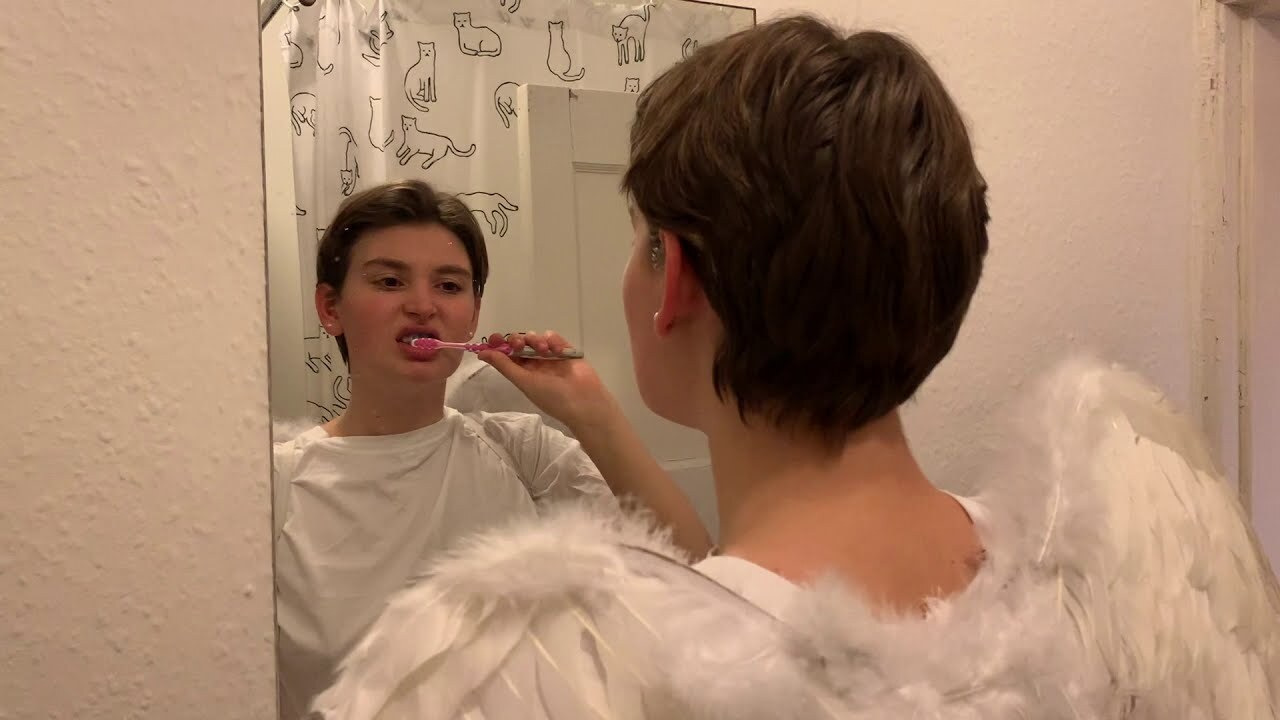 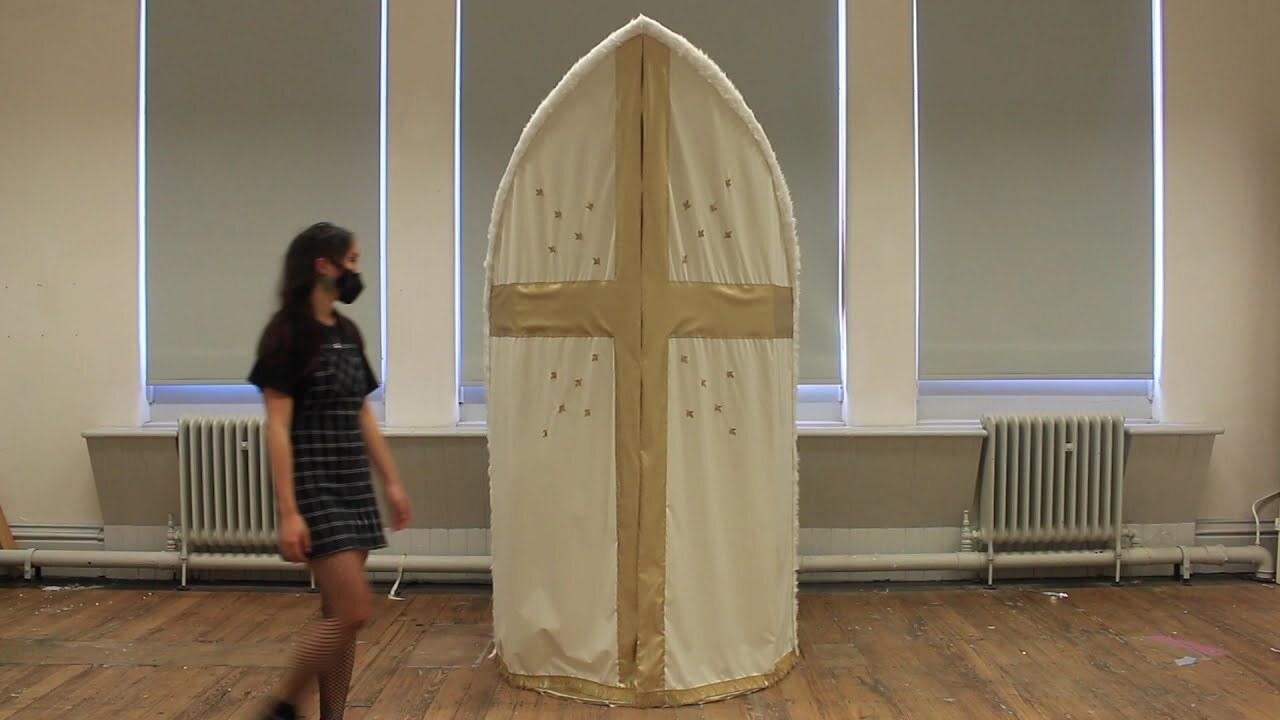 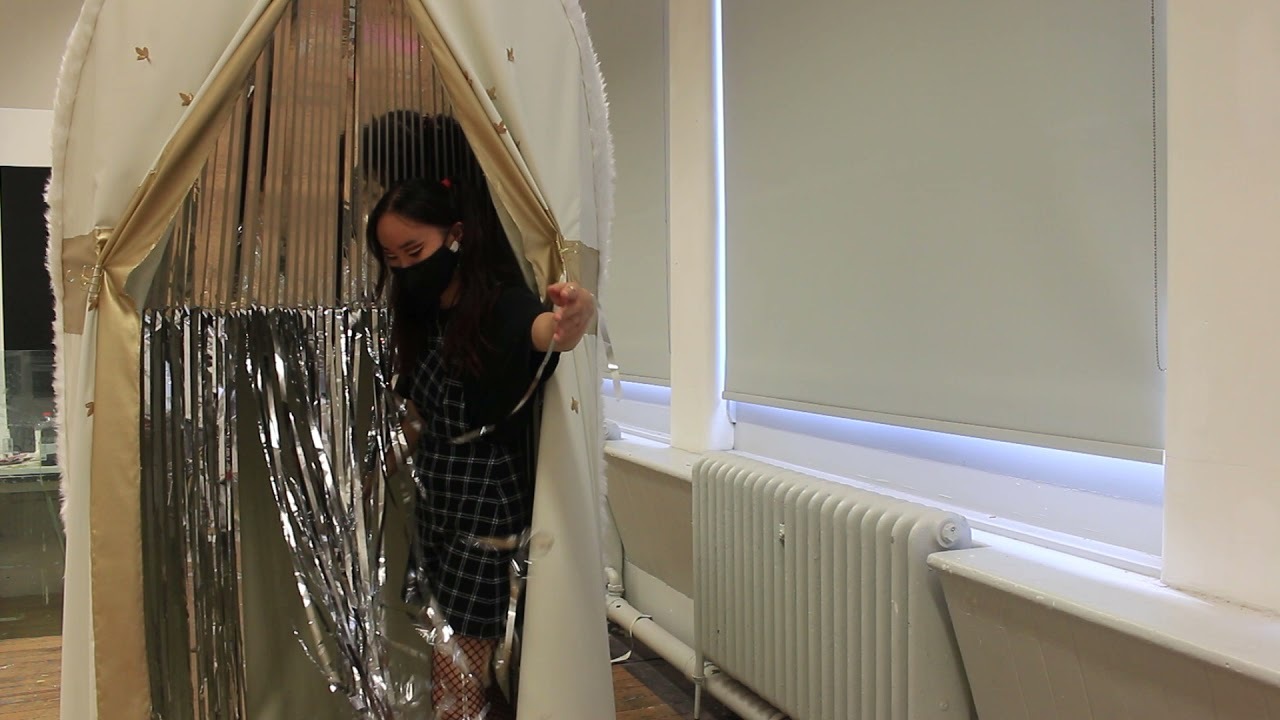 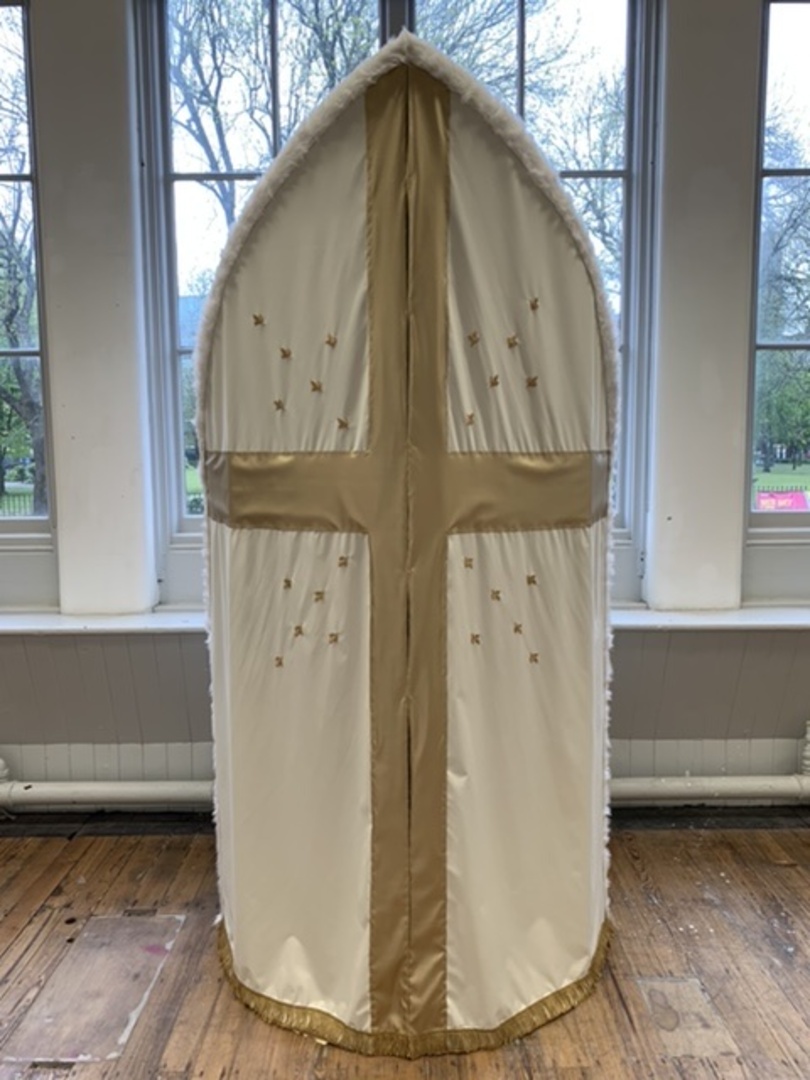 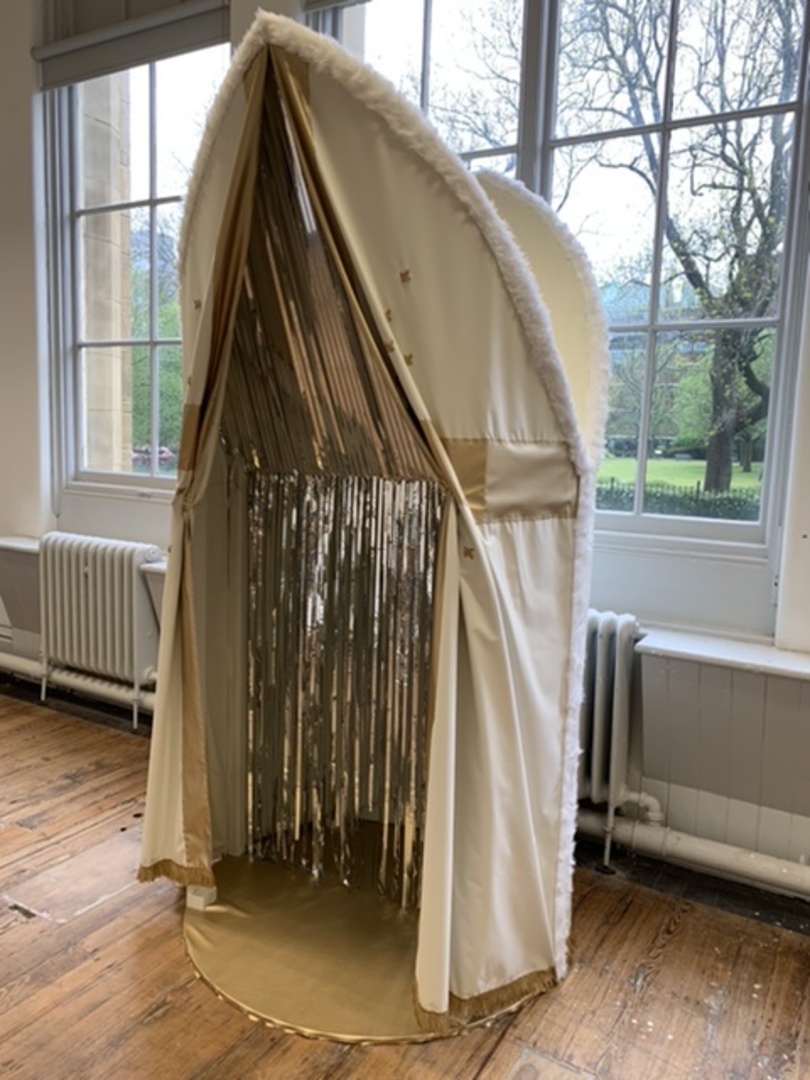 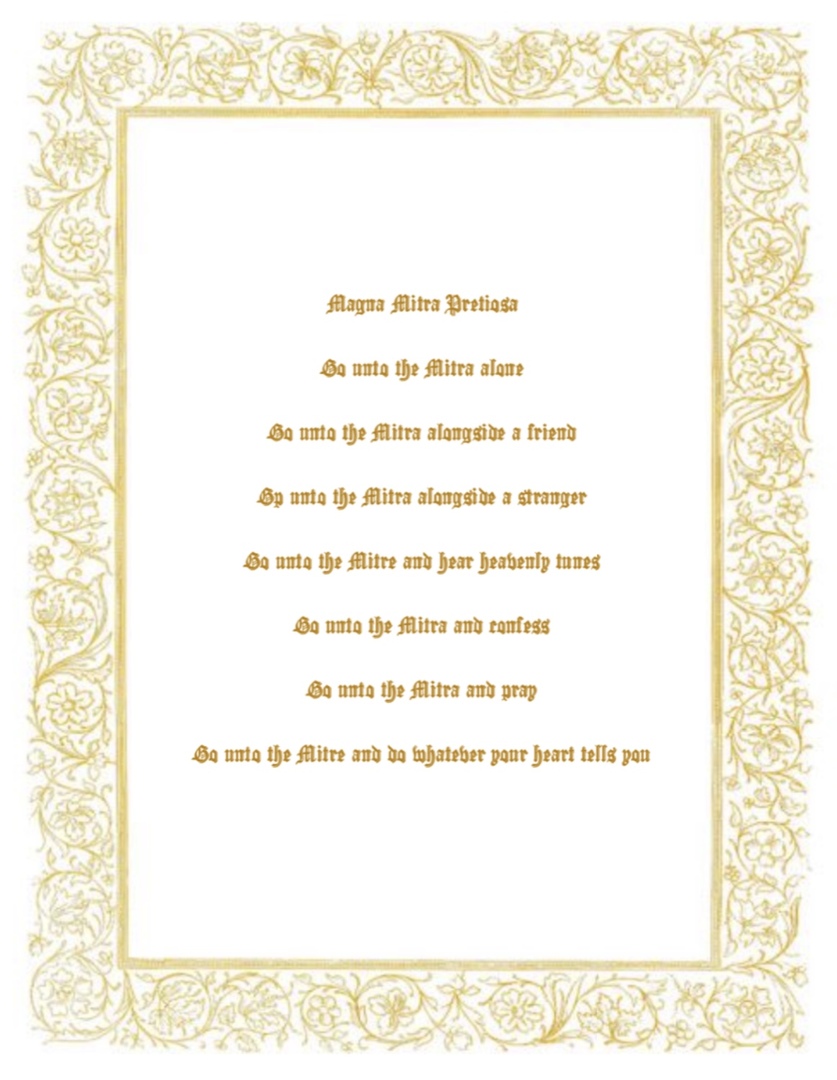 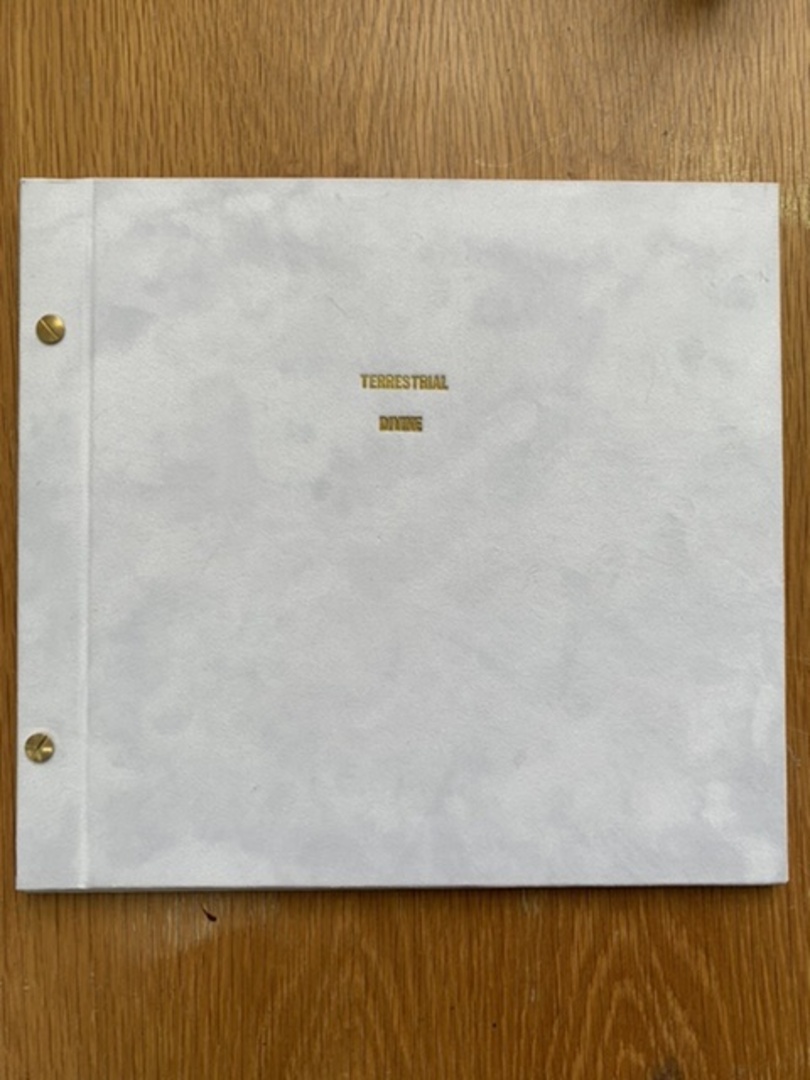 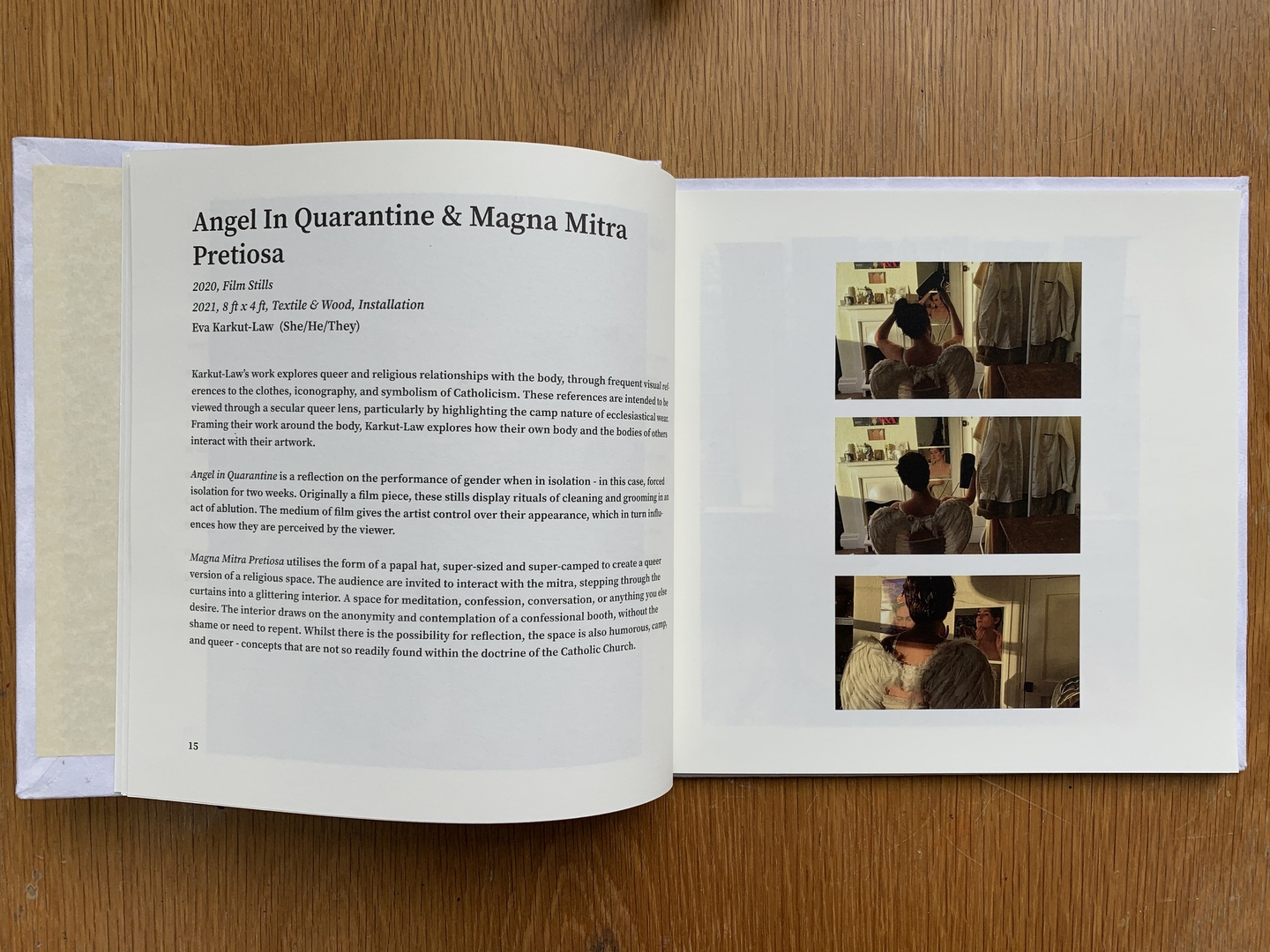 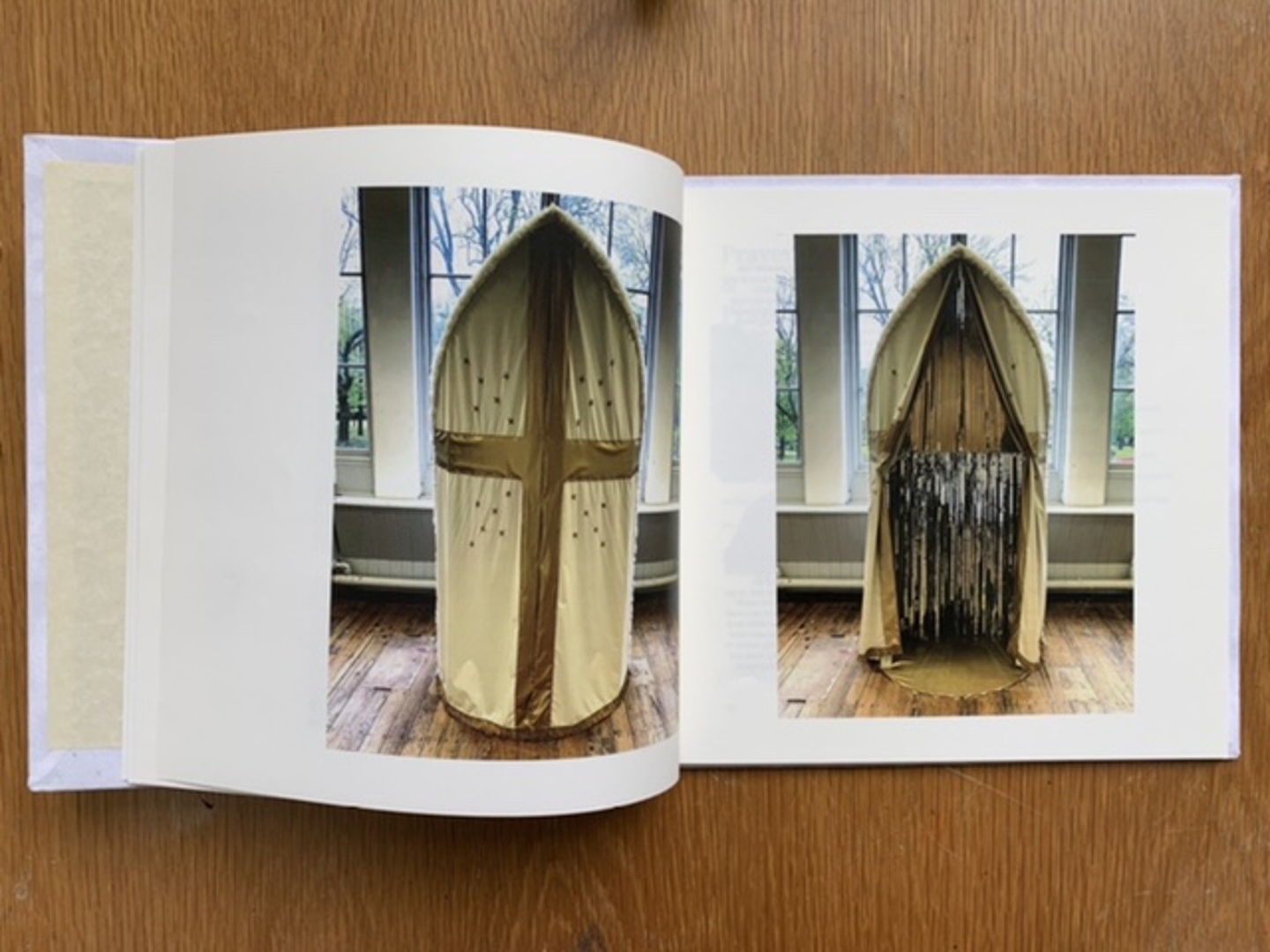 Next Profile
All Fine Art and Curating Profiles