I am an ambitious designer whose main aim is creating uplifting atmospheres. I believe Interior Design is about creating positive experiences and spaces, and that as a designer I have the power to generate elevating ambiences within spaces for the protagonists of those spaces. I also try to be mindful and ethical when sourcing materials and designing a project.

Although social media has its positive elements and keeps the world connected, research has proven that social media does have a negative impact and can increase one’s anxiety. Thus, derived the concept of Elixir, and Elixirs Pop- up Cabin.

Elixir is located in St Peters, Church in Ancoats, Manchester.  It is an escape from the digital world offering a hybrid of experiences through the five senses, ranging from pottery making, flower arranging, painting, and enjoying a cup of coffee.

These experiences will leave the protagonist with happy chemicals such as serotonin and endorphins by accomplishing tasks, connecting with their senses, being present in the moment, and by detoxifying digitally.

Elixir’s Pop-up Cabin is located at Hatch Oxford Road, Manchester. Its main purpose is to attract Generation Z the so-called digital generation, to experience the digital detox offered at the main Elixir site in Ancoats. It is an ideal location due to Hatch being a cool destination for students that is close to the Universities.

The pop- up consists of two floors, with a café on the Ground Floor, and a Florist on the First Floor, that also sells Elixir Merchandise.

Both schemes emphasise on the importance of digital detox. We currently live in a digital era, where physical human interaction is declining, as more and more human interaction takes place through digital platforms. Elixir and Elixirs pop-up cabin offer an antidote to the negative affects this can have on us. 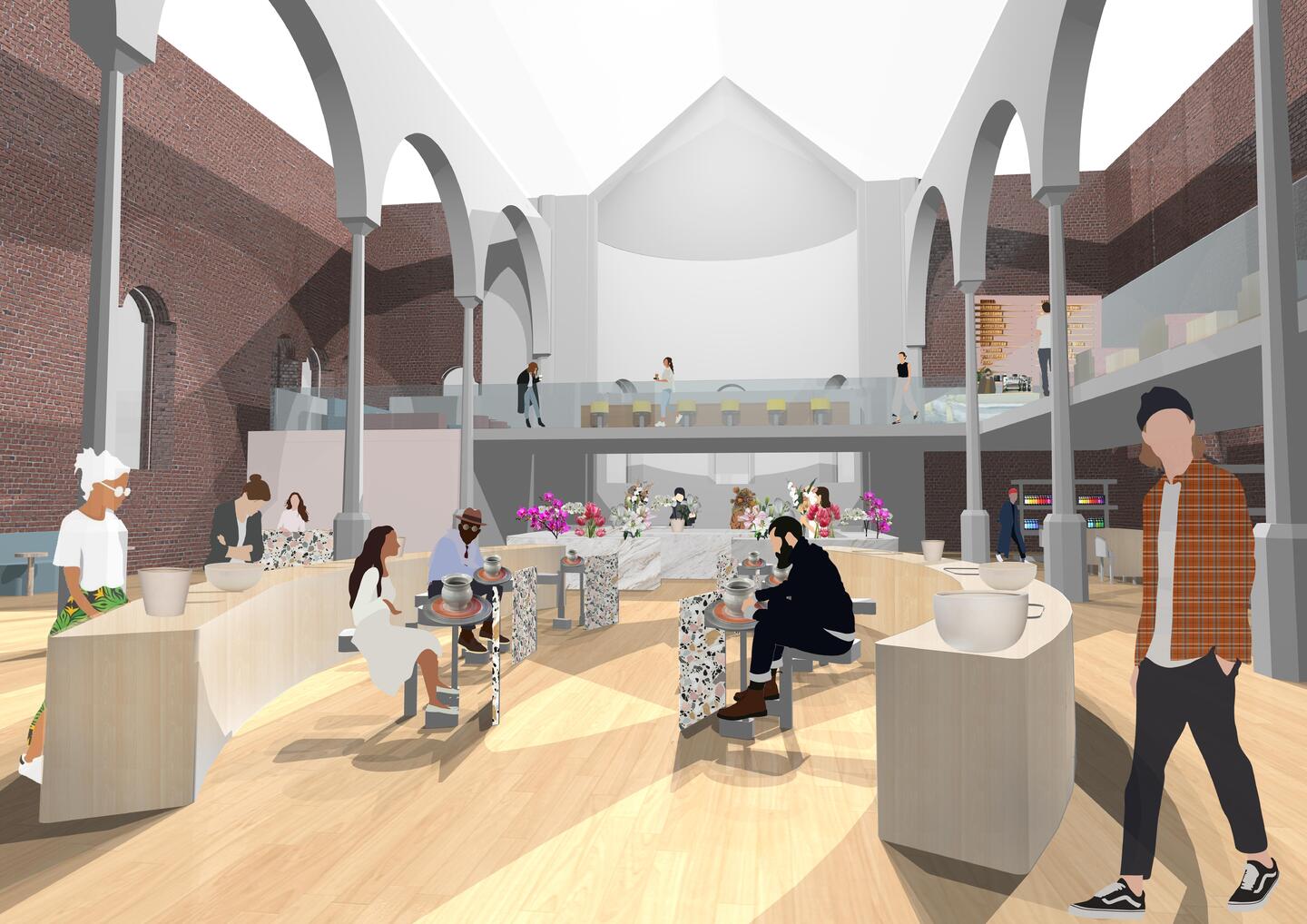 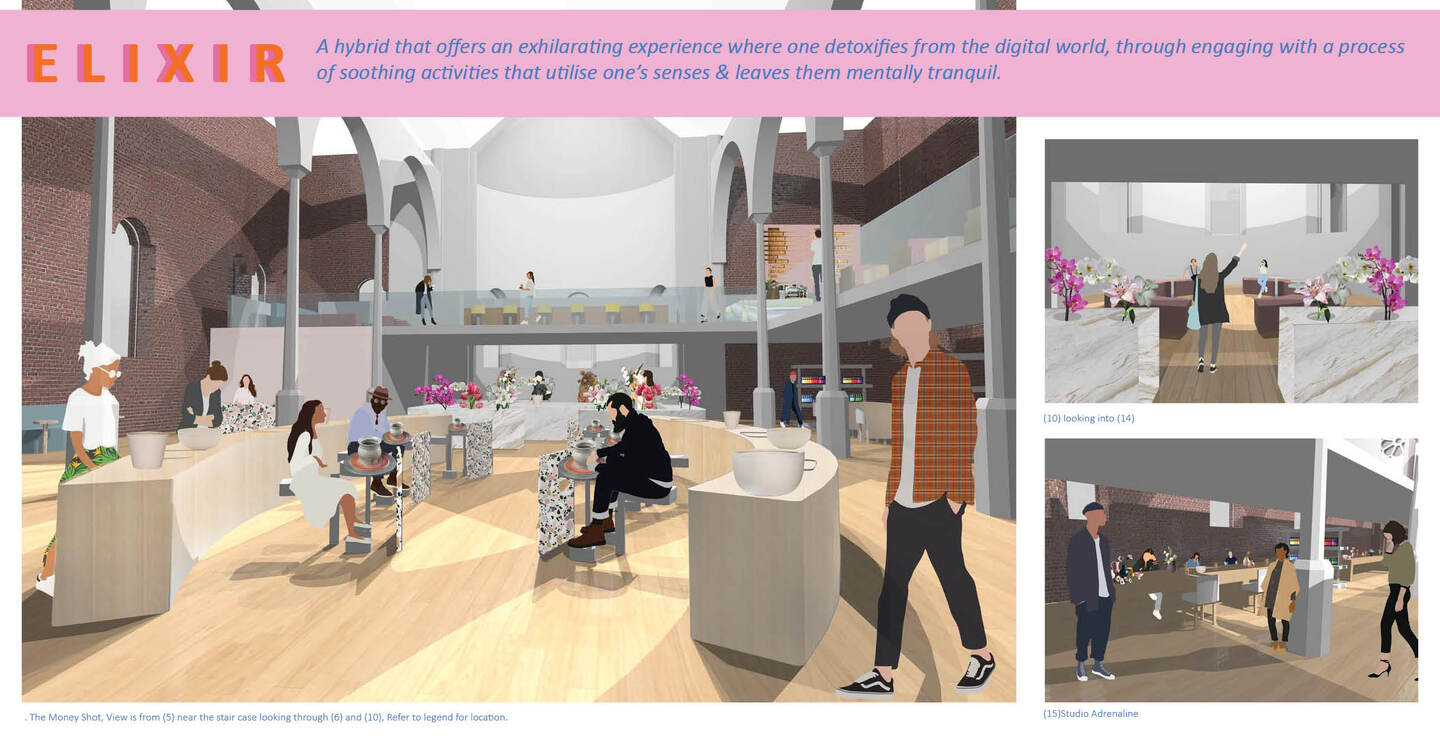 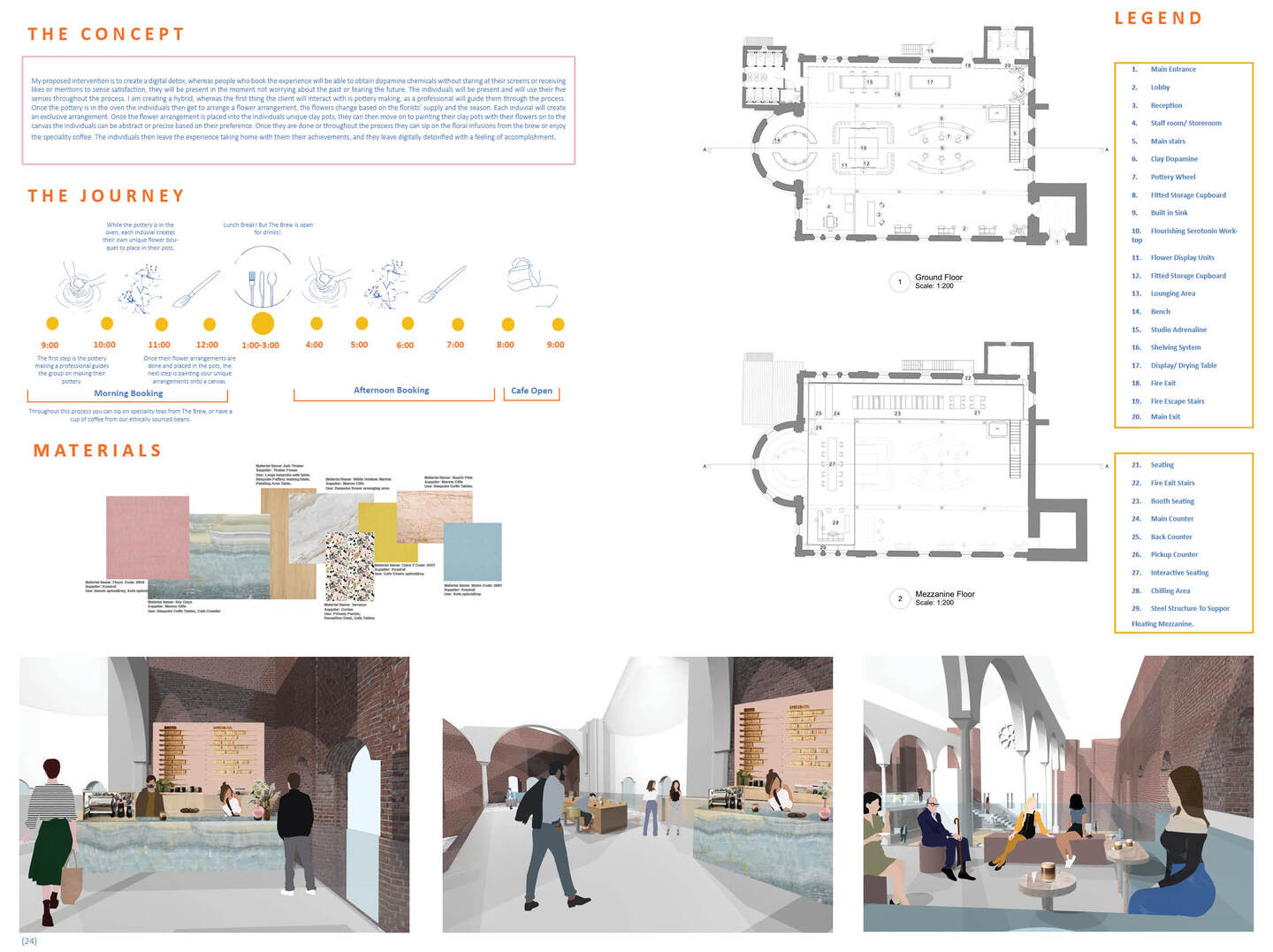 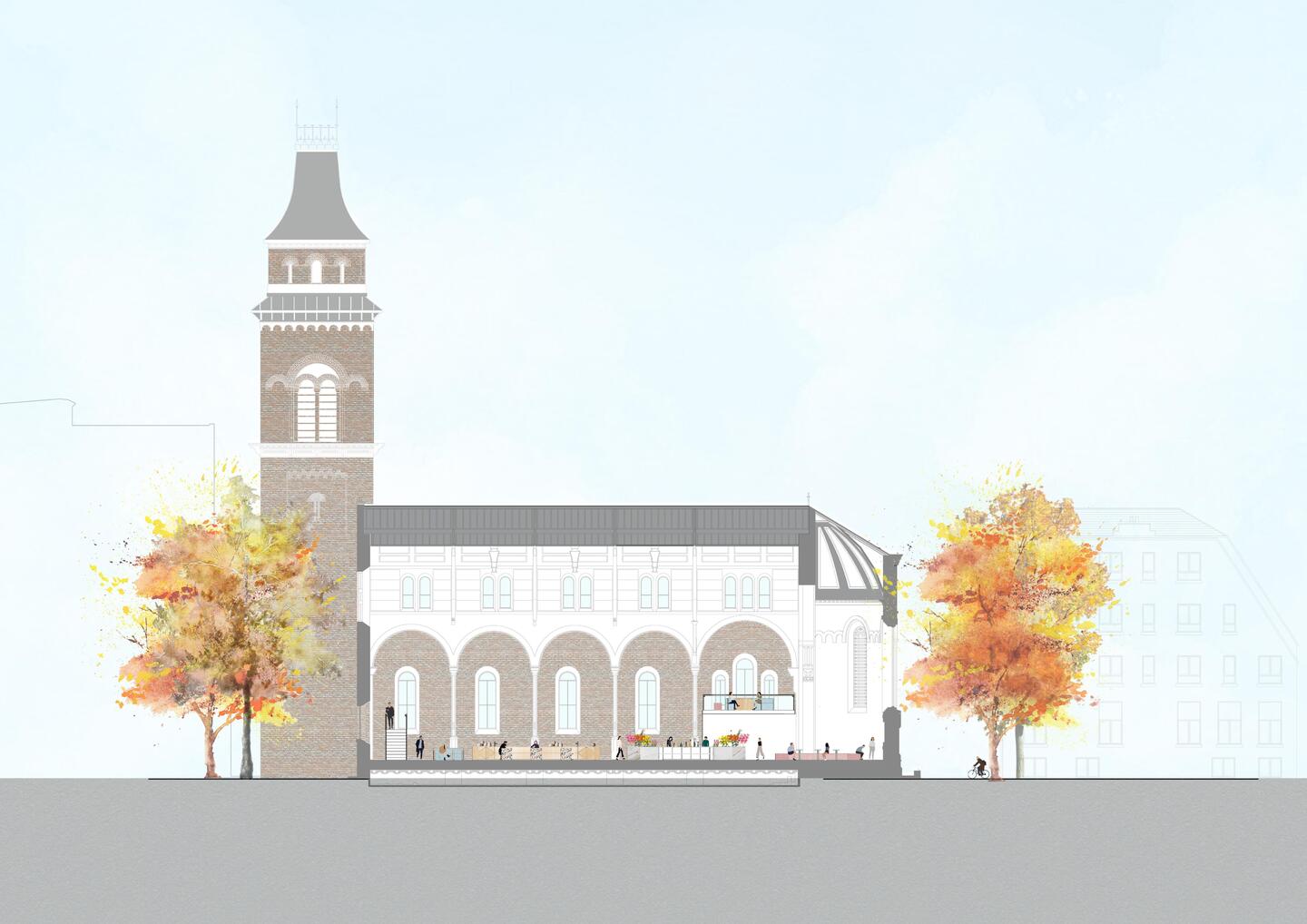 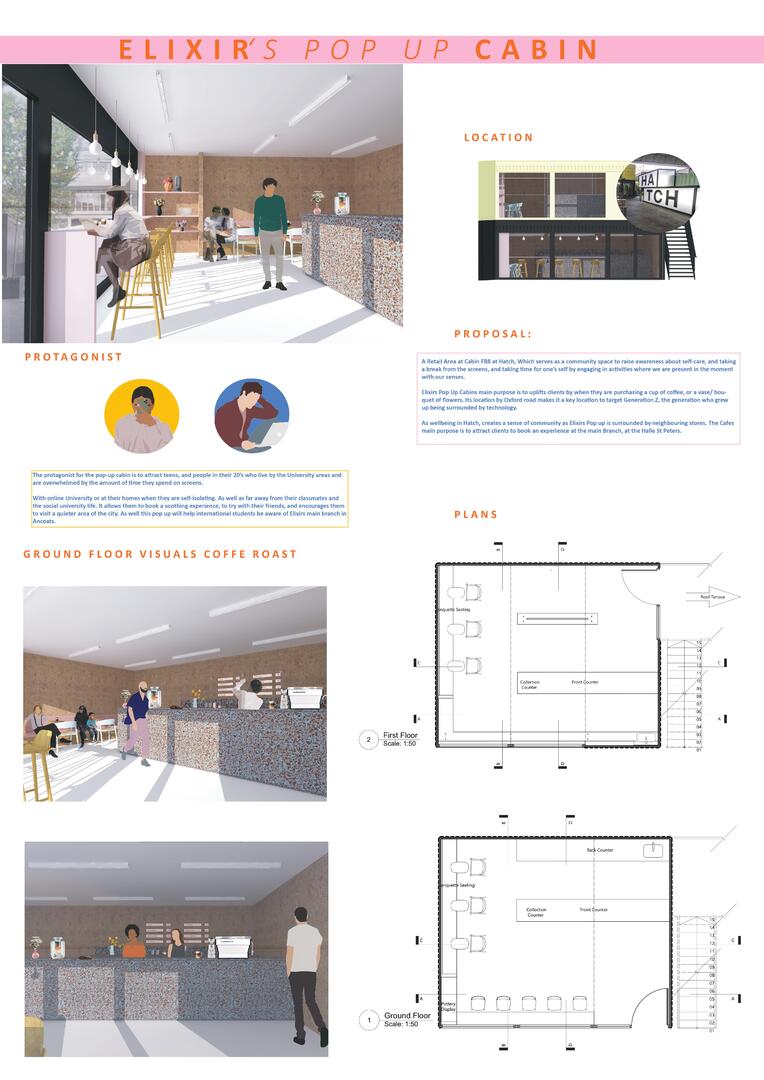 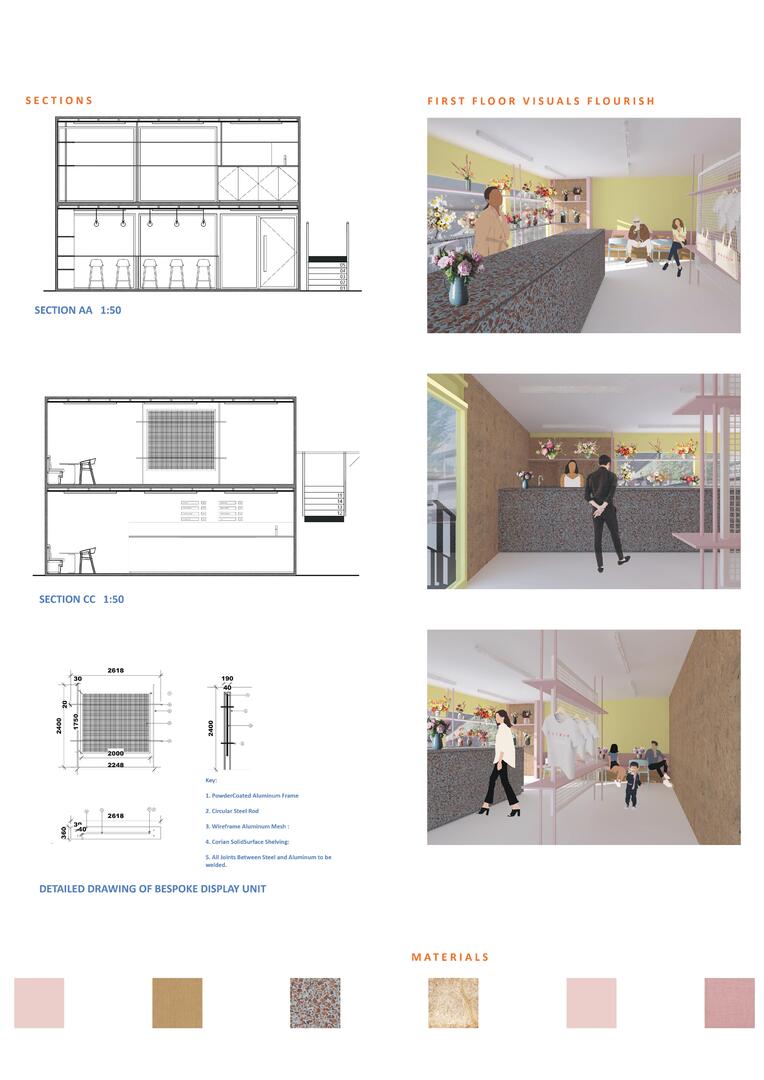