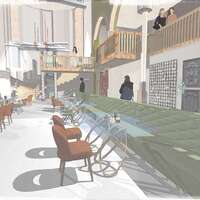 My aim as a designer was to created spaces that were inclusive whilst incorporating the present and on-going issue of homelessness and poverty. I aimed to use local businesses within my designs for materials throughout my work.

The House Of U to promote inclusion and prevent exclusion for the people of Manchester.

As Manchester grows in wealth and size, The House Of U (THOU) is based on the concept of thinking of people as a whole in Manchester. It allows people to enjoy an iconic landmark building dating back to 1800’s with a modern twist, whilst also allowing people to think of those affected by the decline of affordable housing as Manchester expands. As people use social media to share their personal gains and wealth, this can create an area and platform to “PAY IT FORWARD”, whether that be in the restaurant or buying a food parcel in the pantry shop.

As the building itself post war suffered in decline with vandalism and theft of its fittings. Then in 1995 the building “…was a significant catalyst for the regeneration of Ancoats conservation area and the restored tower became known as THE BEACON OF HOPE.” (Hallé Orchestra. n.d. Hallé St Peter's History | Hallé Orchestra. [online]). For the area, With the promotion of this concept, it is hoped to again relight “The Beacon”.

Olive Arch works alongside THOU as it becomes a space where those who receive food parcels or those who are wanting to learn a new skill are able to visit a space where they feel comfortable and confident to cook. It is also a space to socialise with the community to share knowledge or recipes. 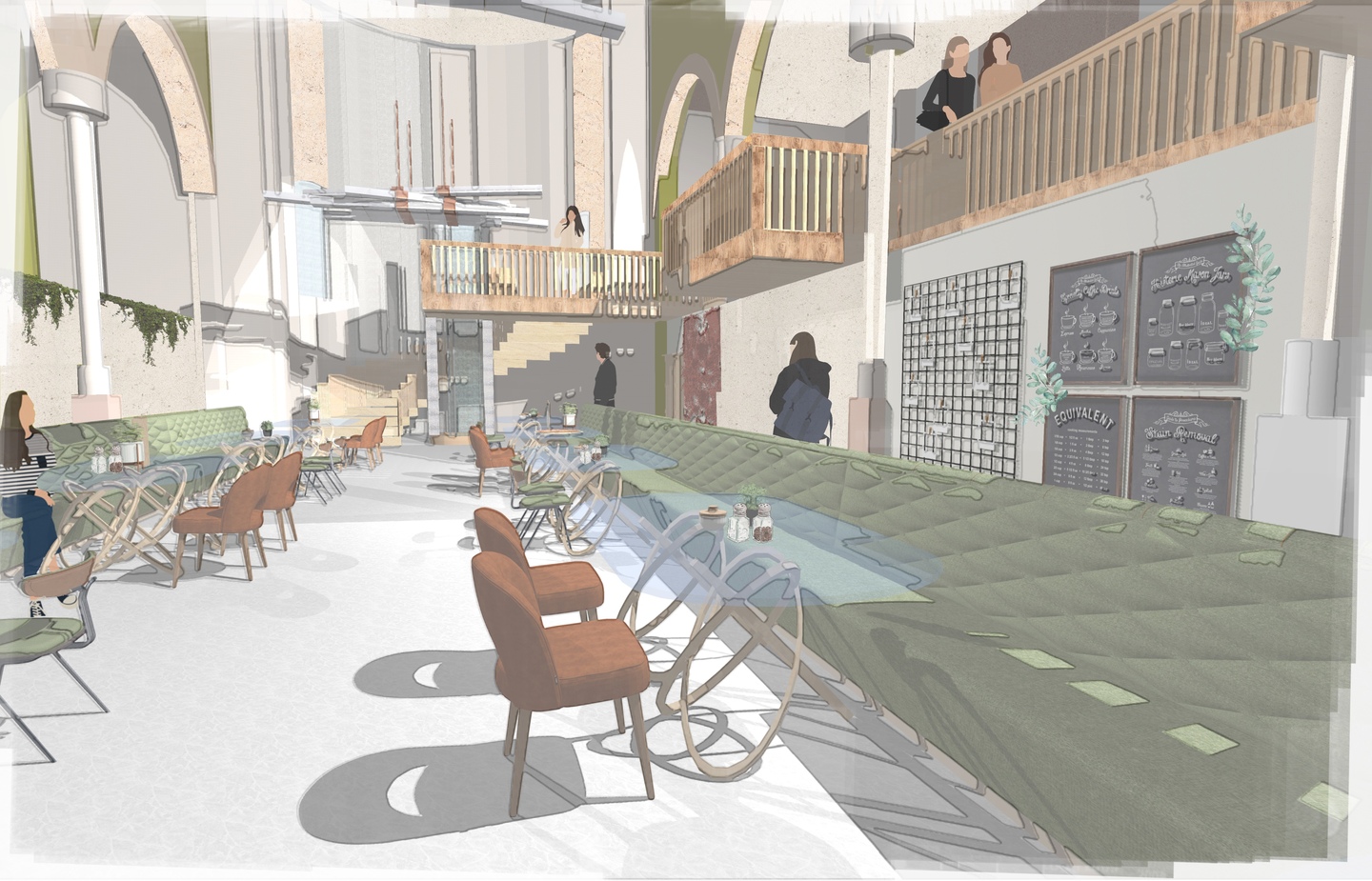 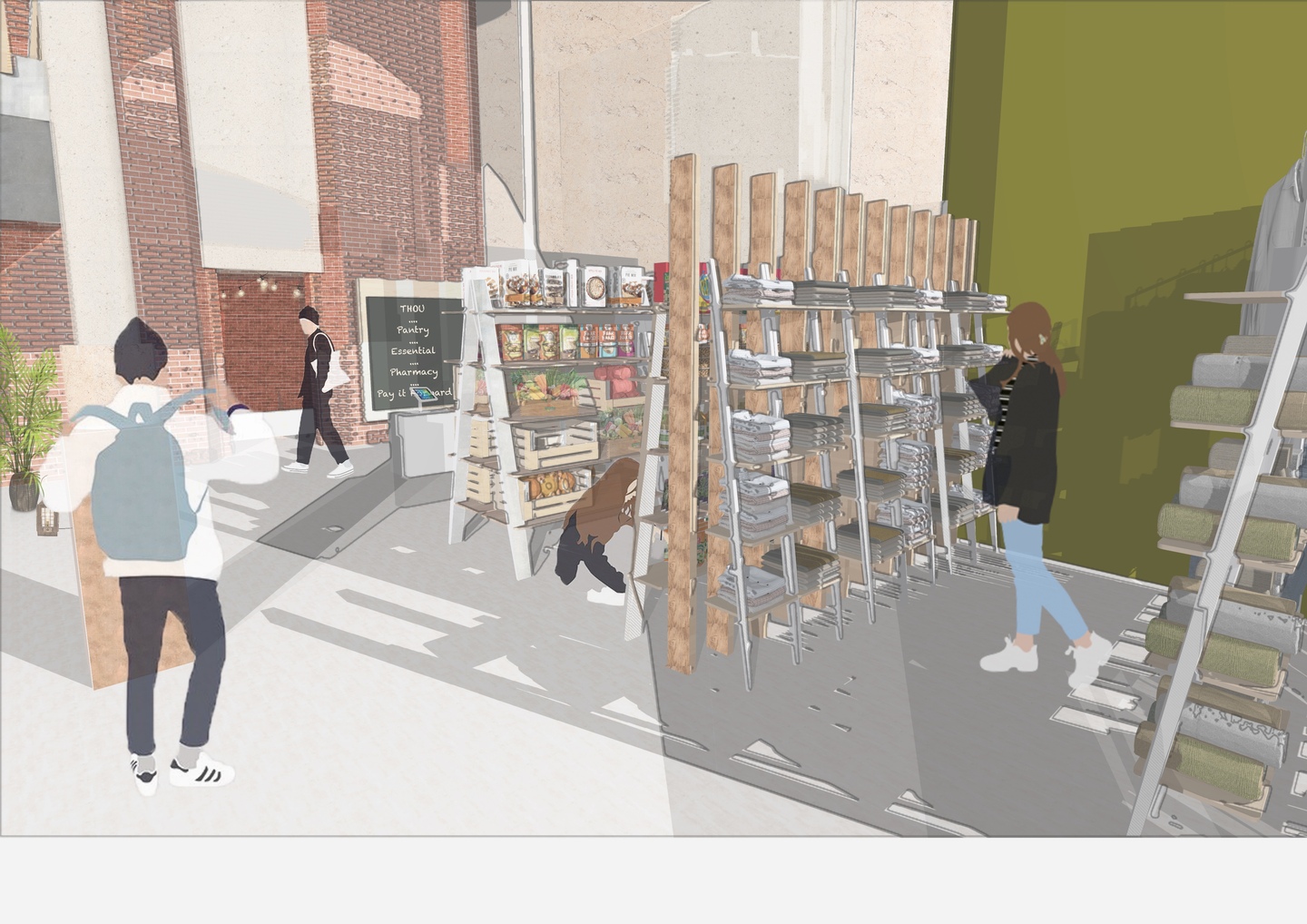 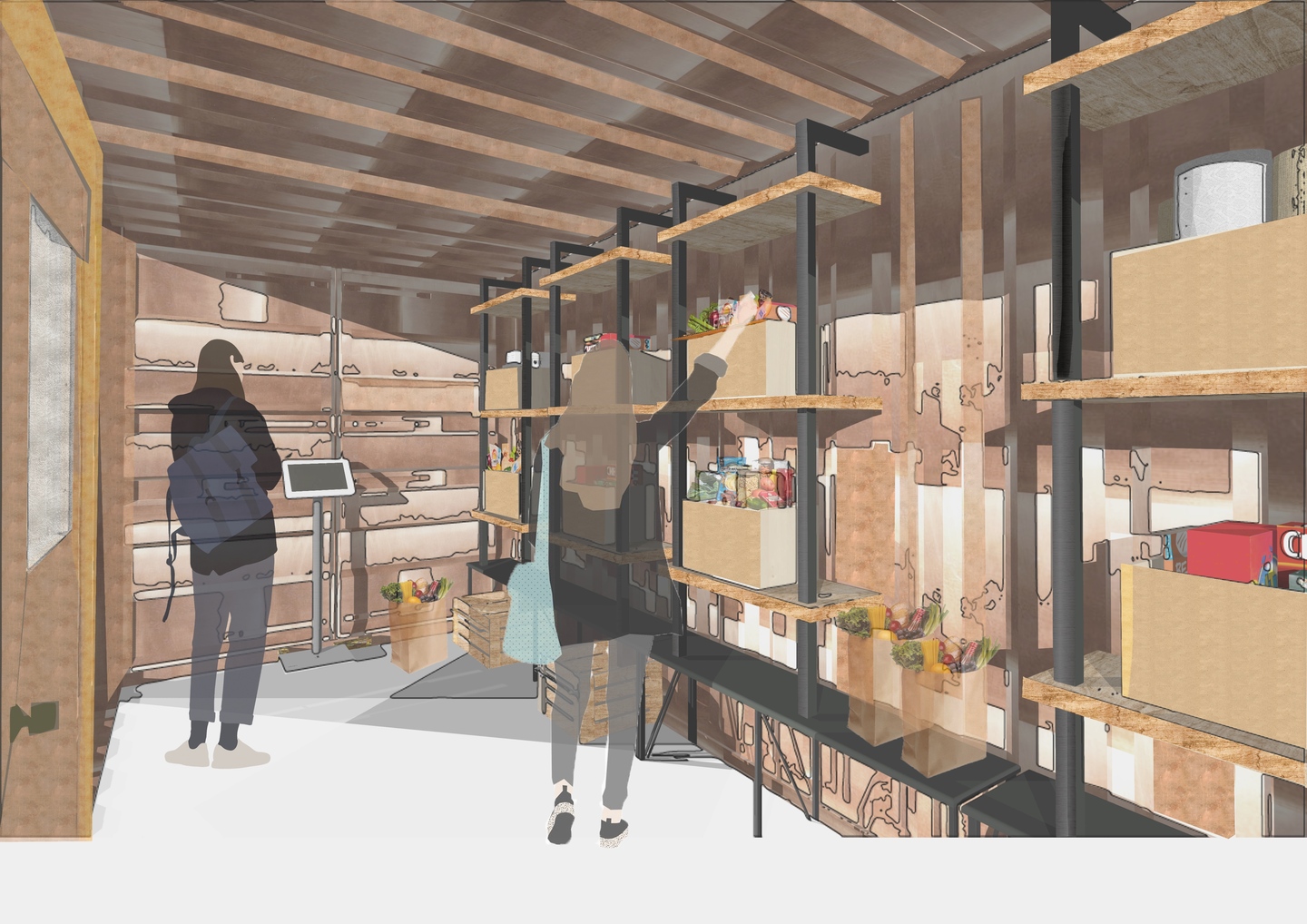 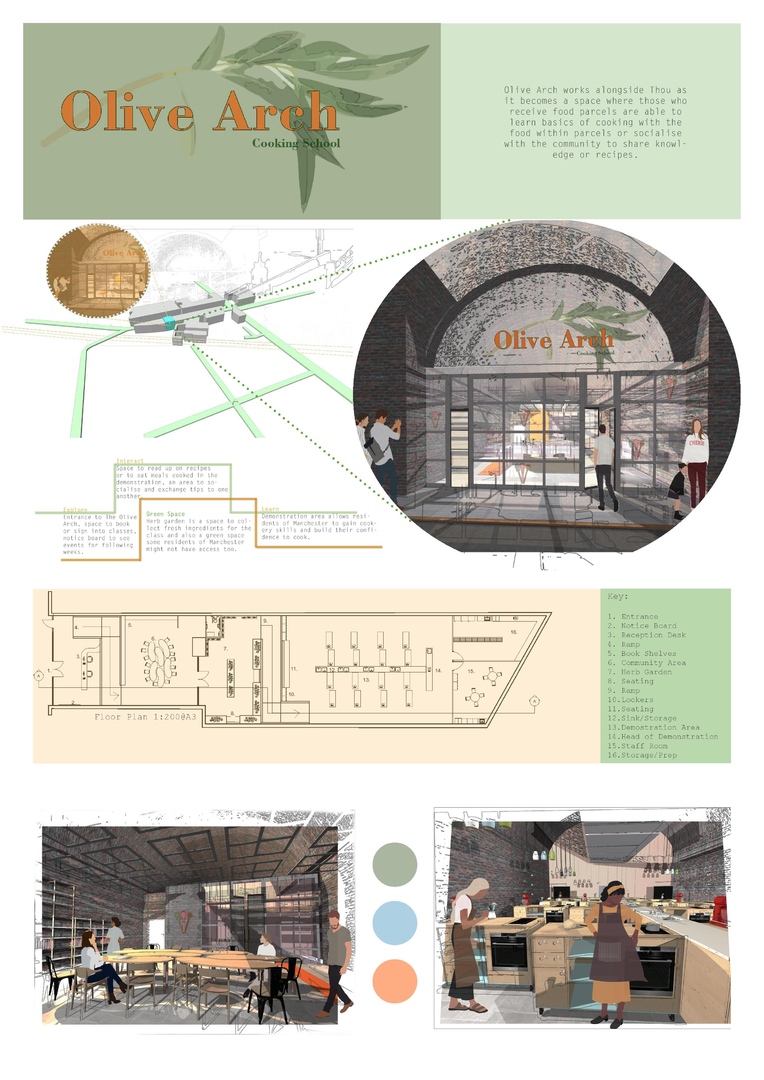 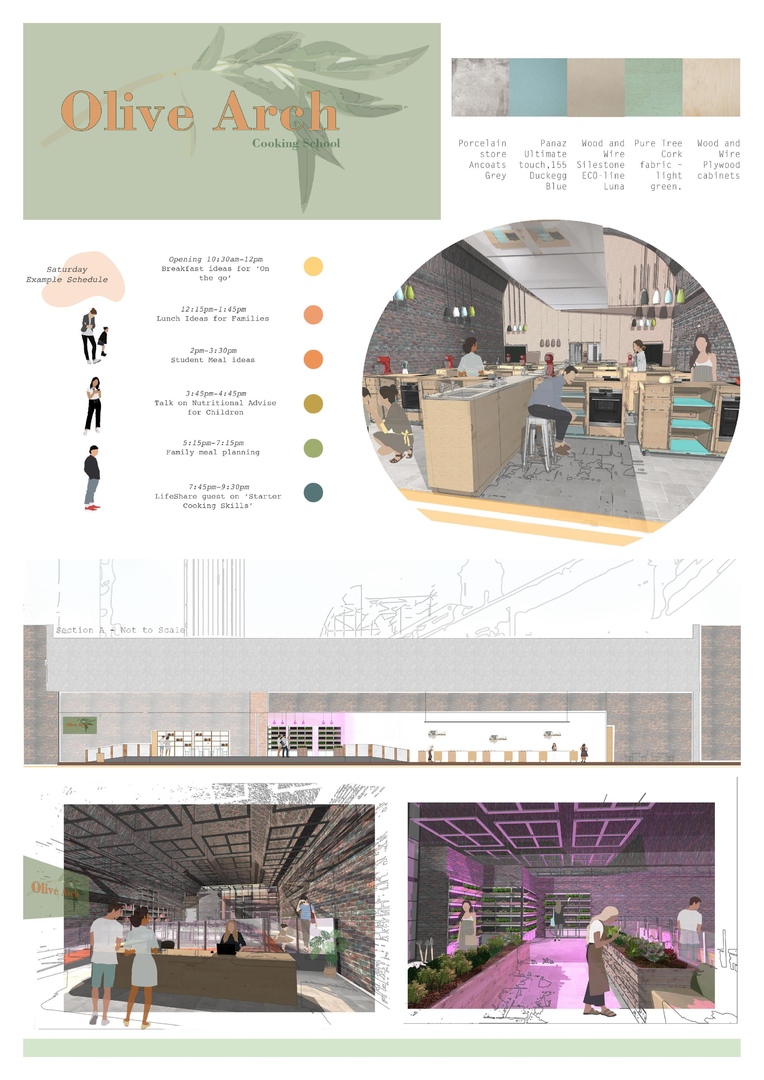 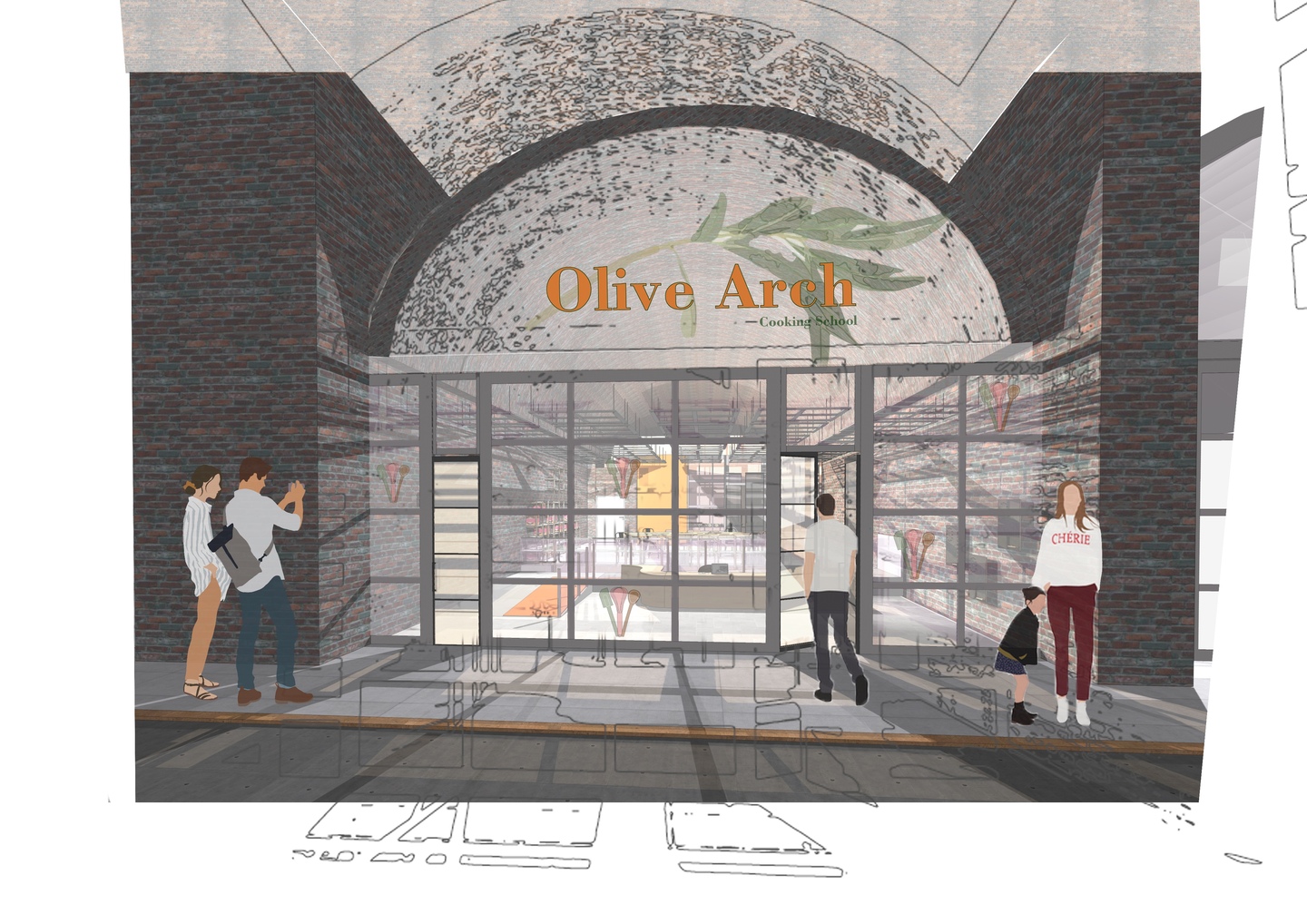 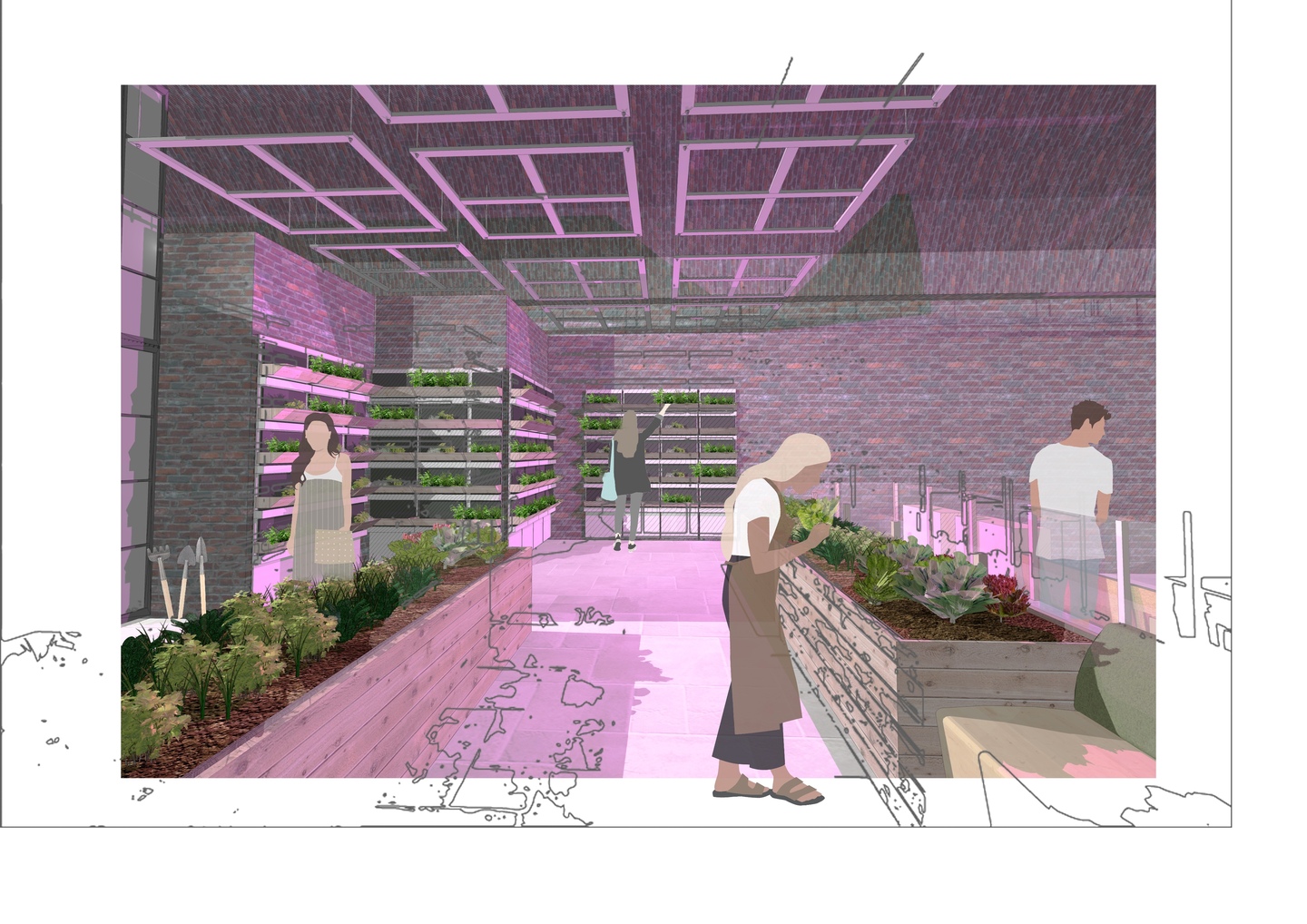 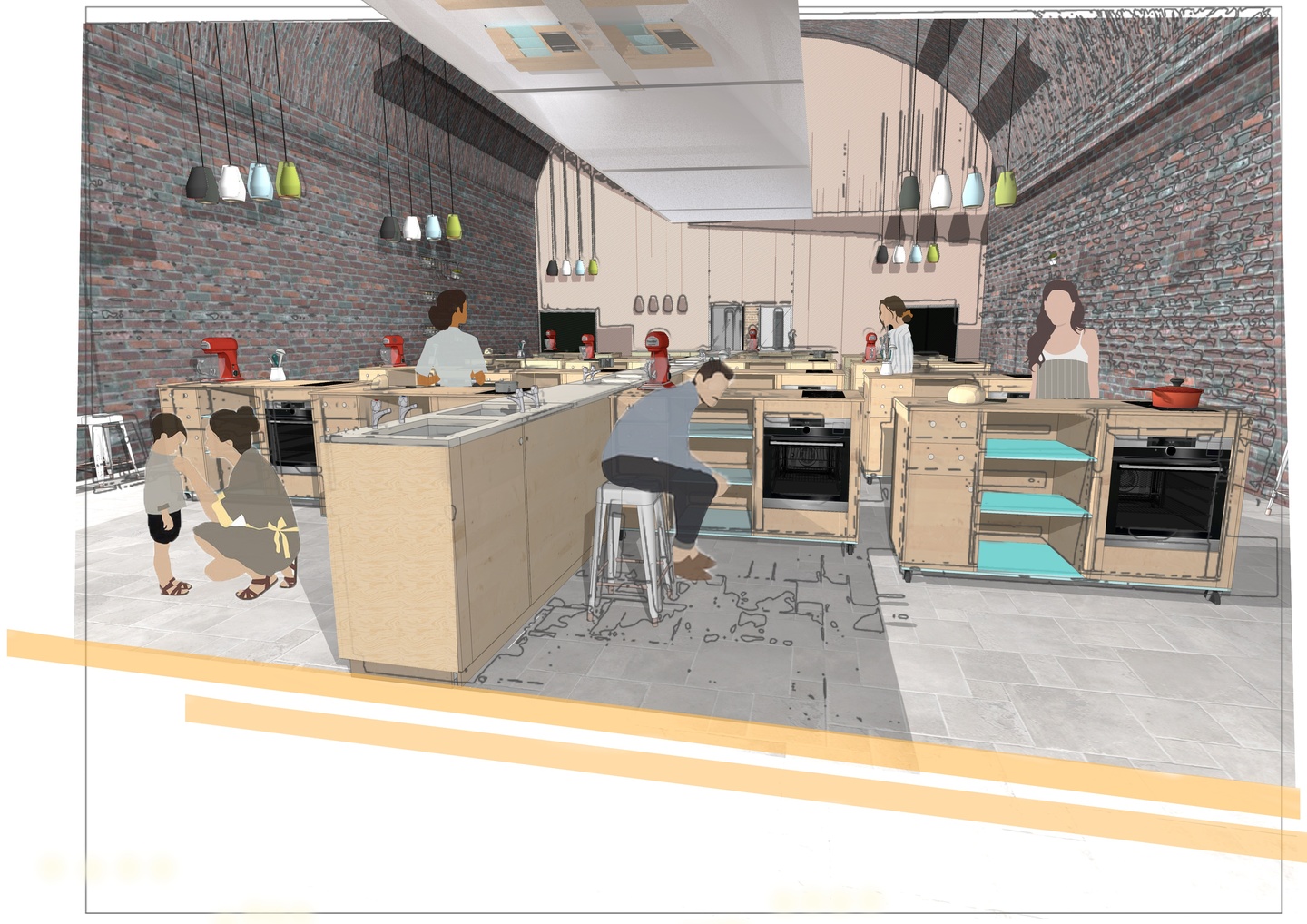