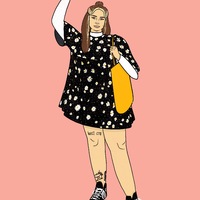 This work is a visual representation of an album by my favourite band. I decided to create a "merchandise line" based on the album and the band's aesthetic. The pieces are my final outcomes and my mock ups of what the merchandise could look like in reality. I loved this project and hope to be involved in similar projects in the future. My themes throughout this project were religion and tattoos. Religious themes are brought up a lot in this album, including the album title, this could be taken as anti religious as they mostly use it in a negative way or twist the original religious tropes they reference. I thought tattoo styles designs would work as religious tattoos are very common with both religious and non-religious people and there were actually a lot of cross over with the two in this project (with churches, sacred hearts, graves etc.). The tattoo theme also caters to the bands alternative/indie fan base and keeps the brand of the band. 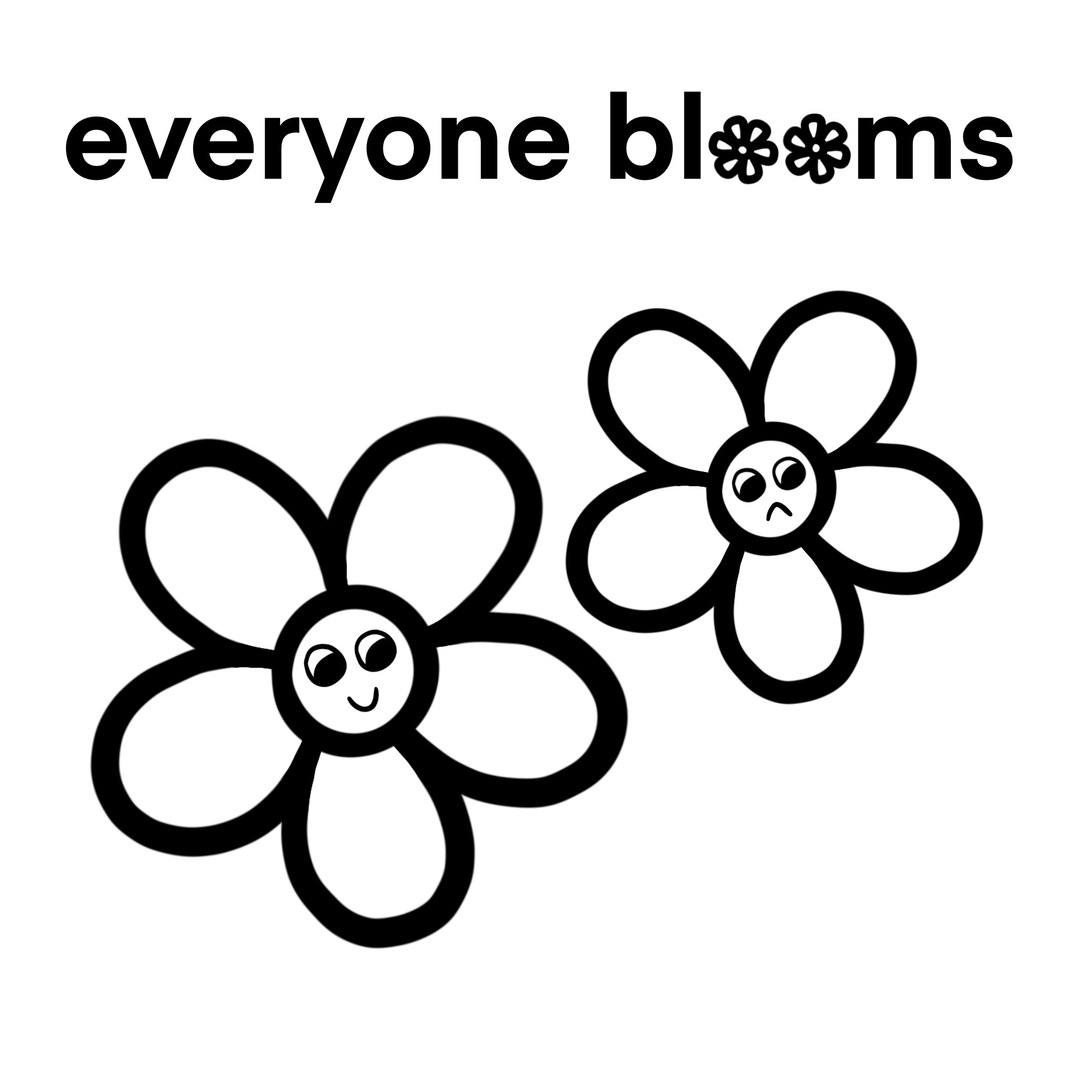 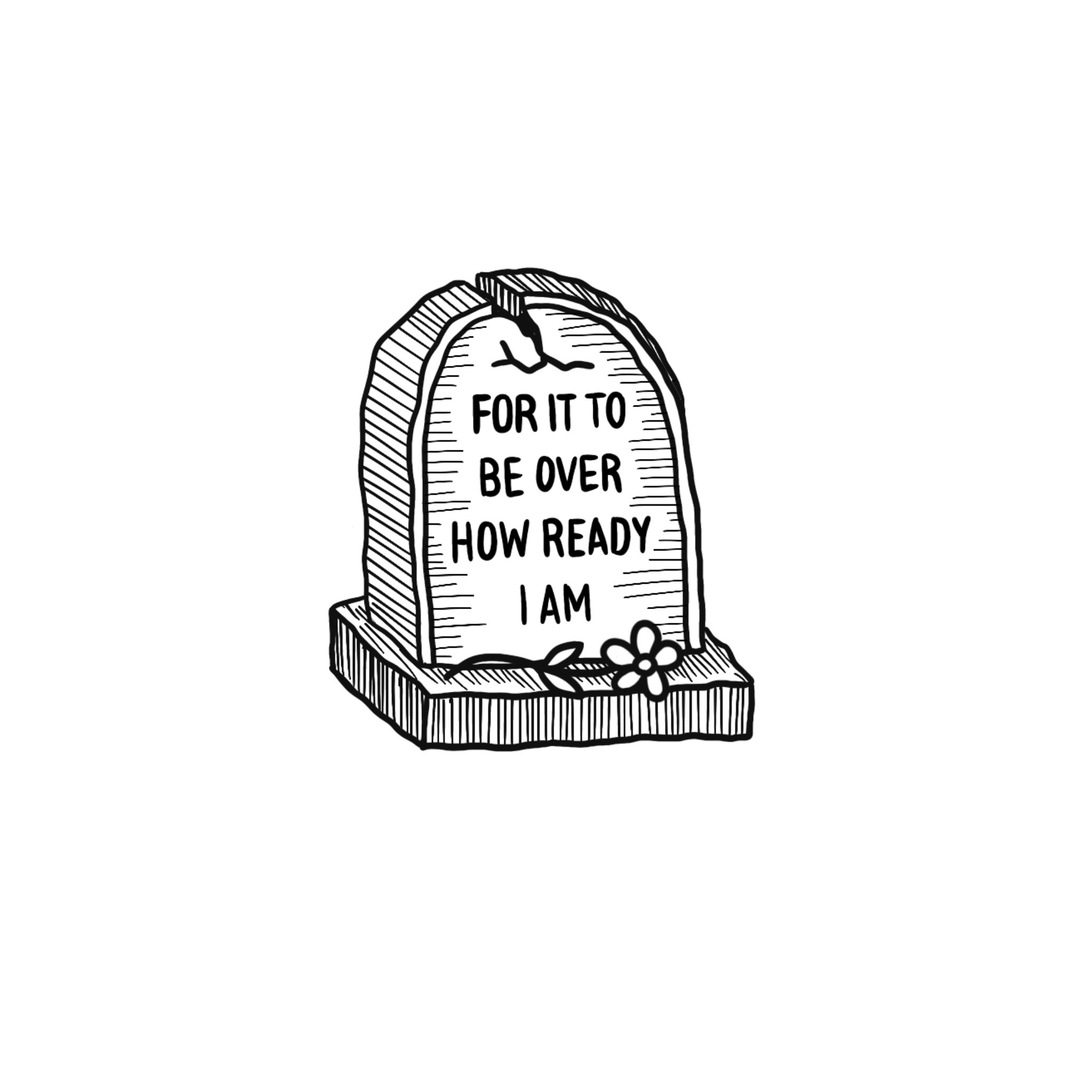 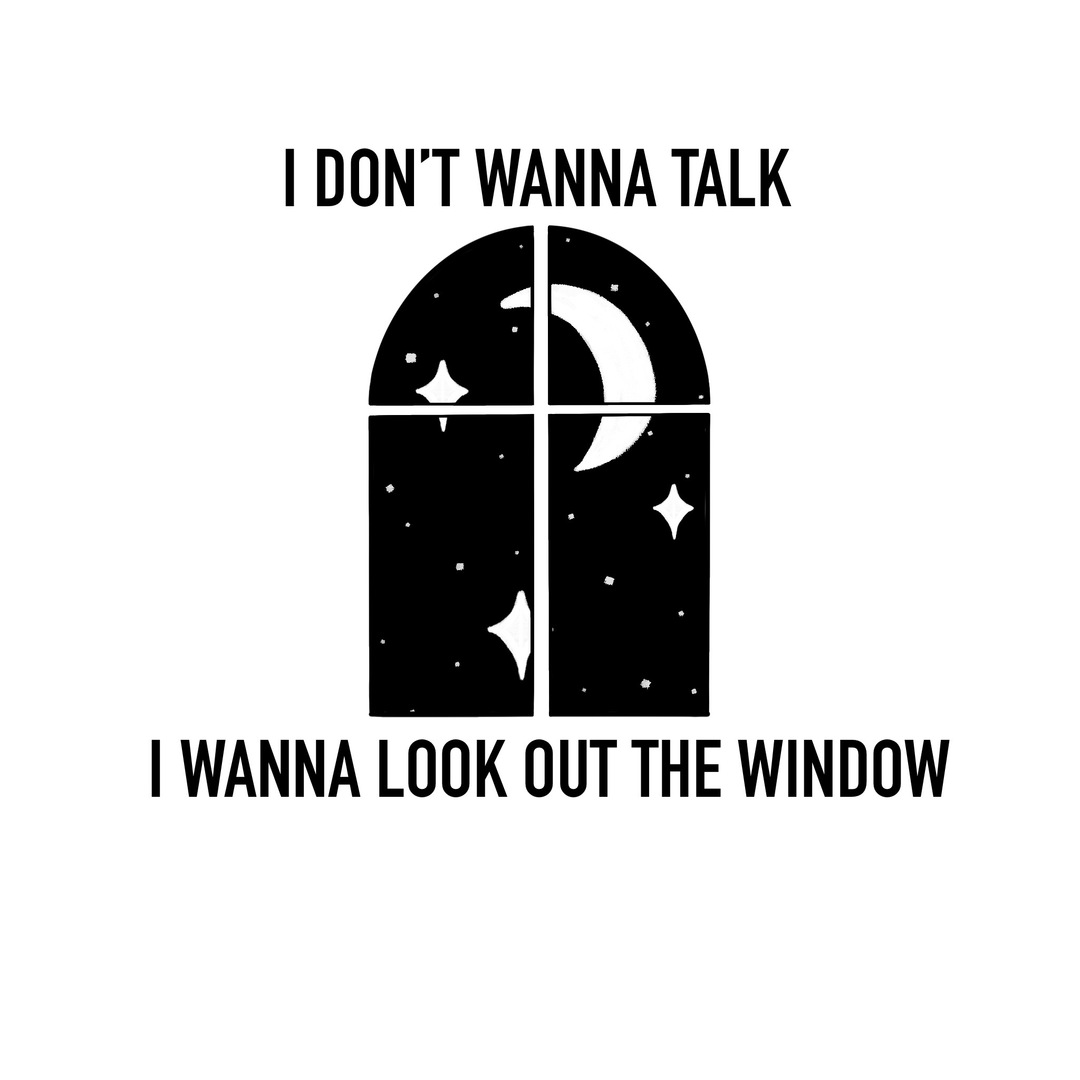 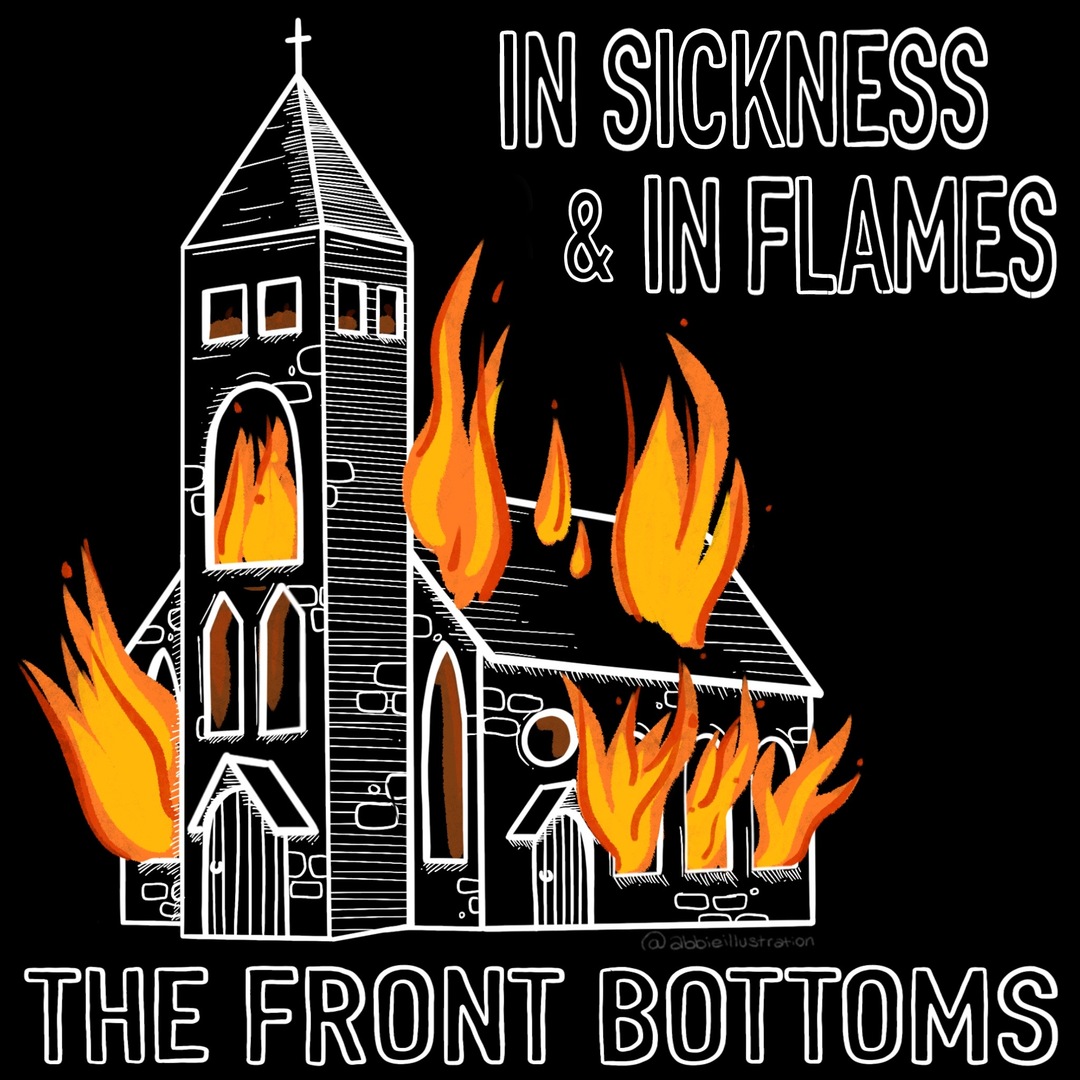 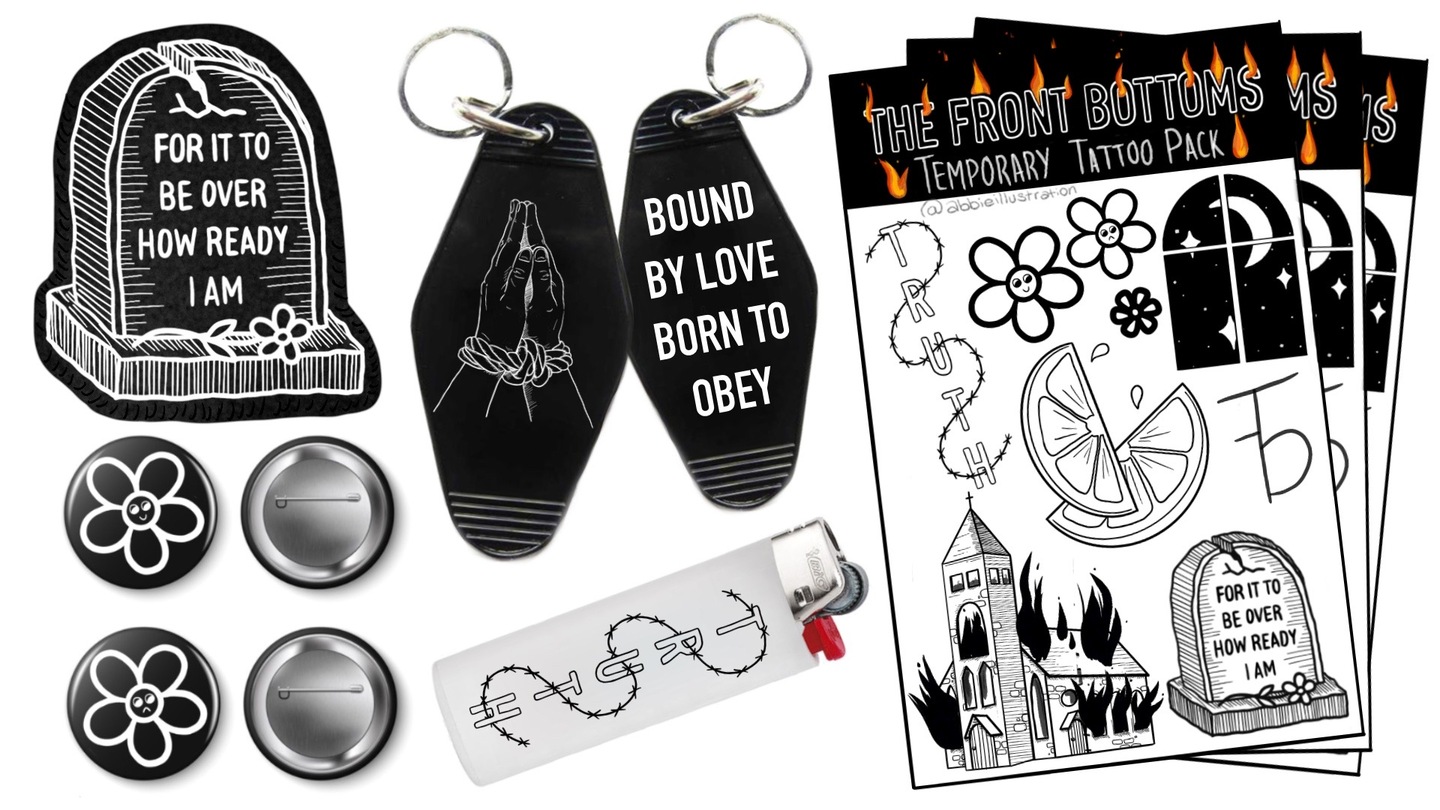 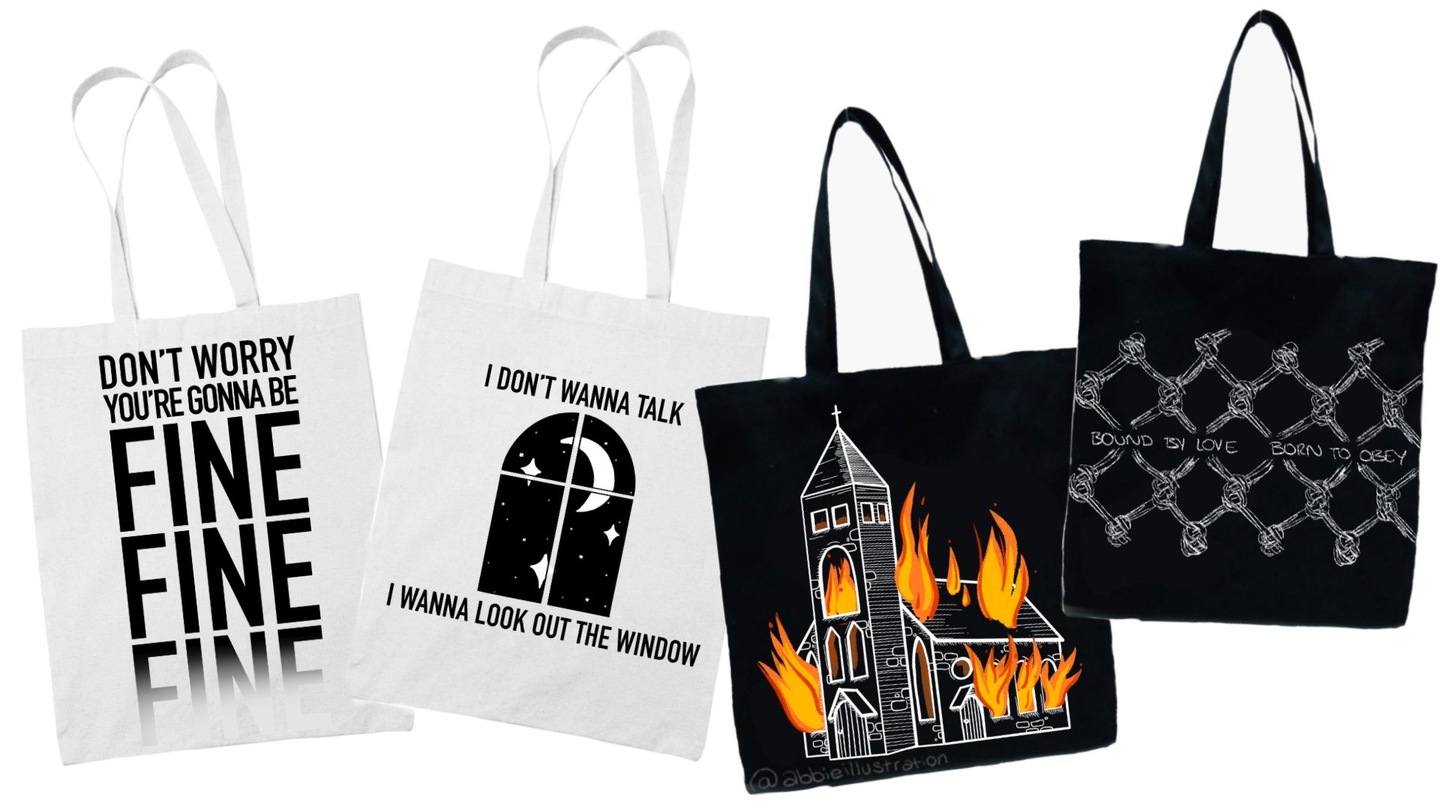 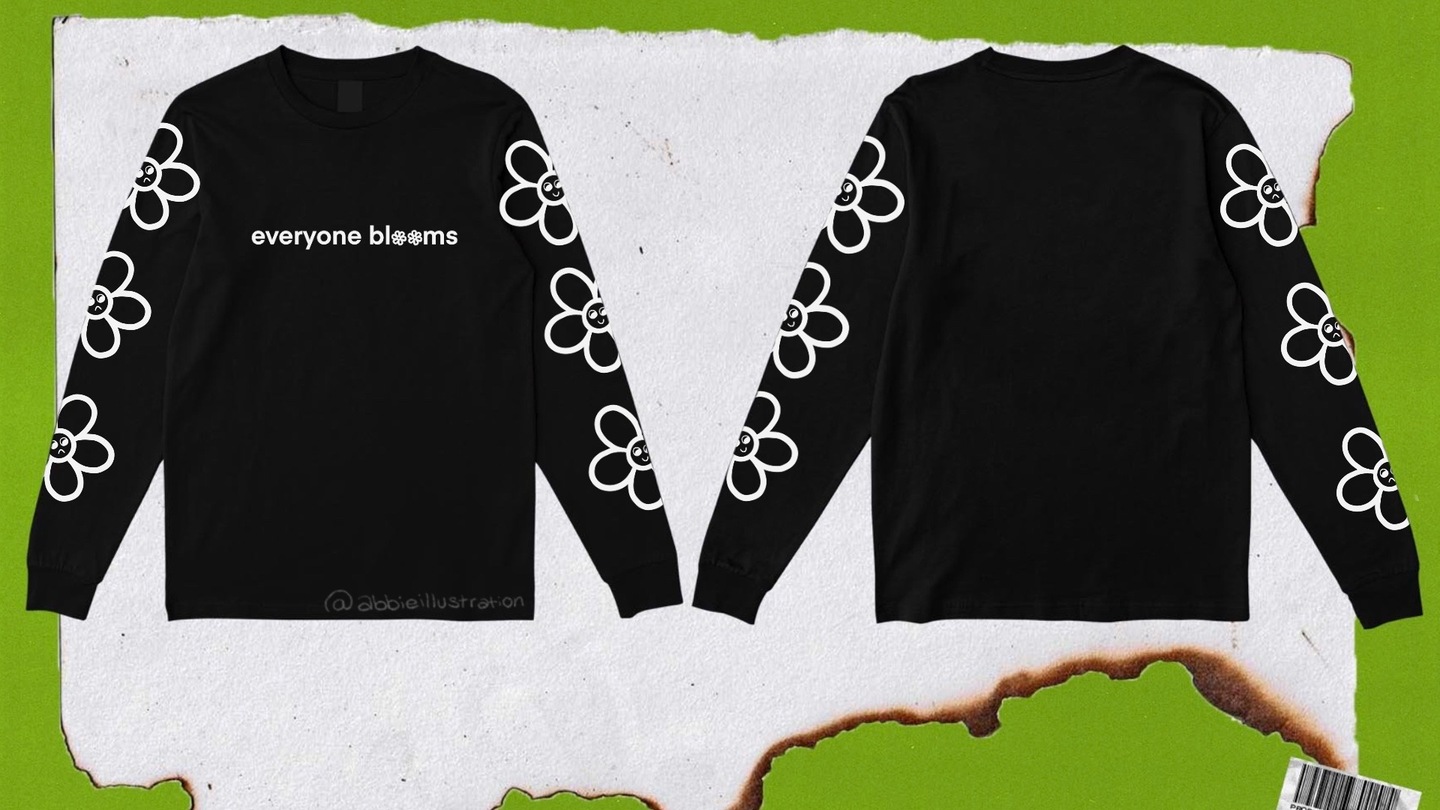 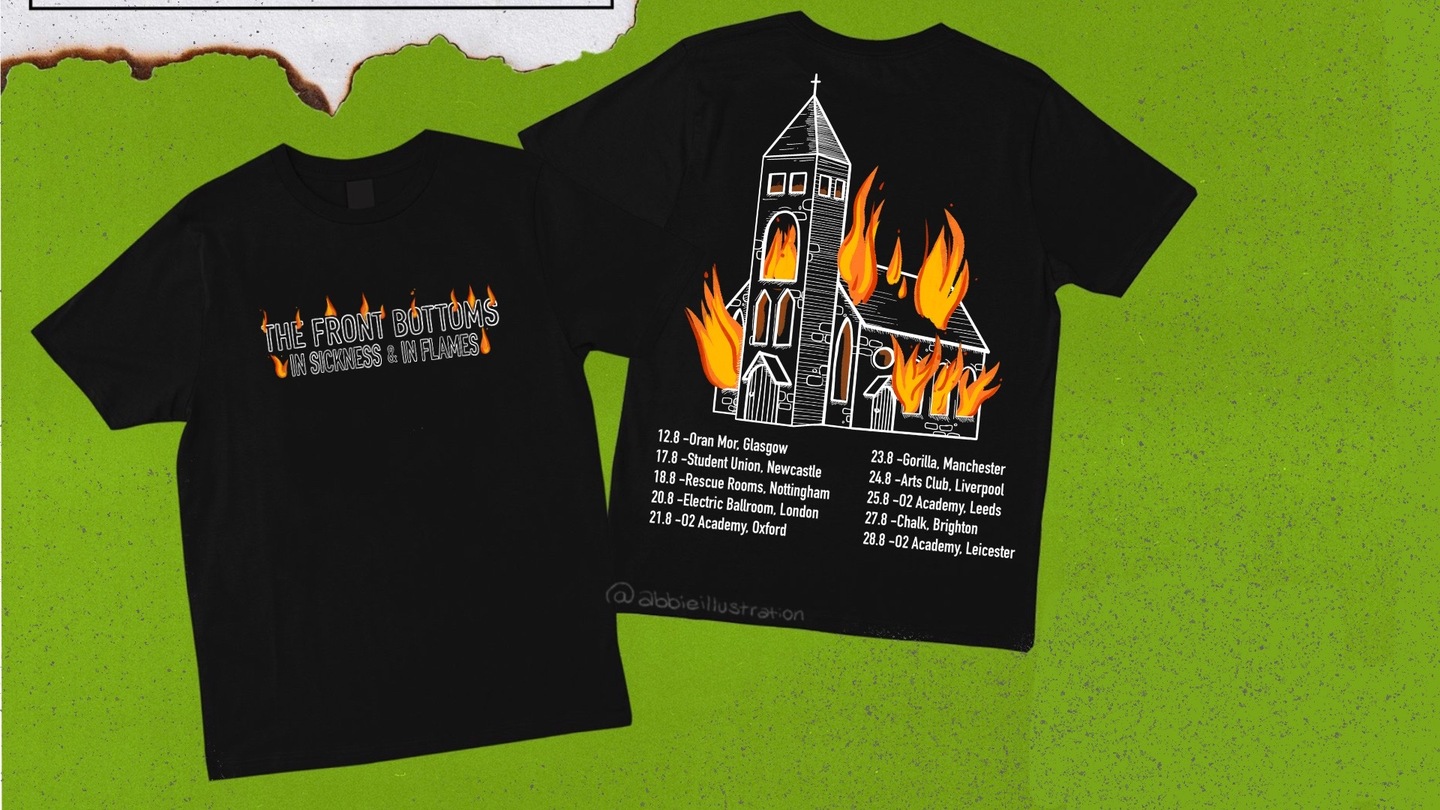 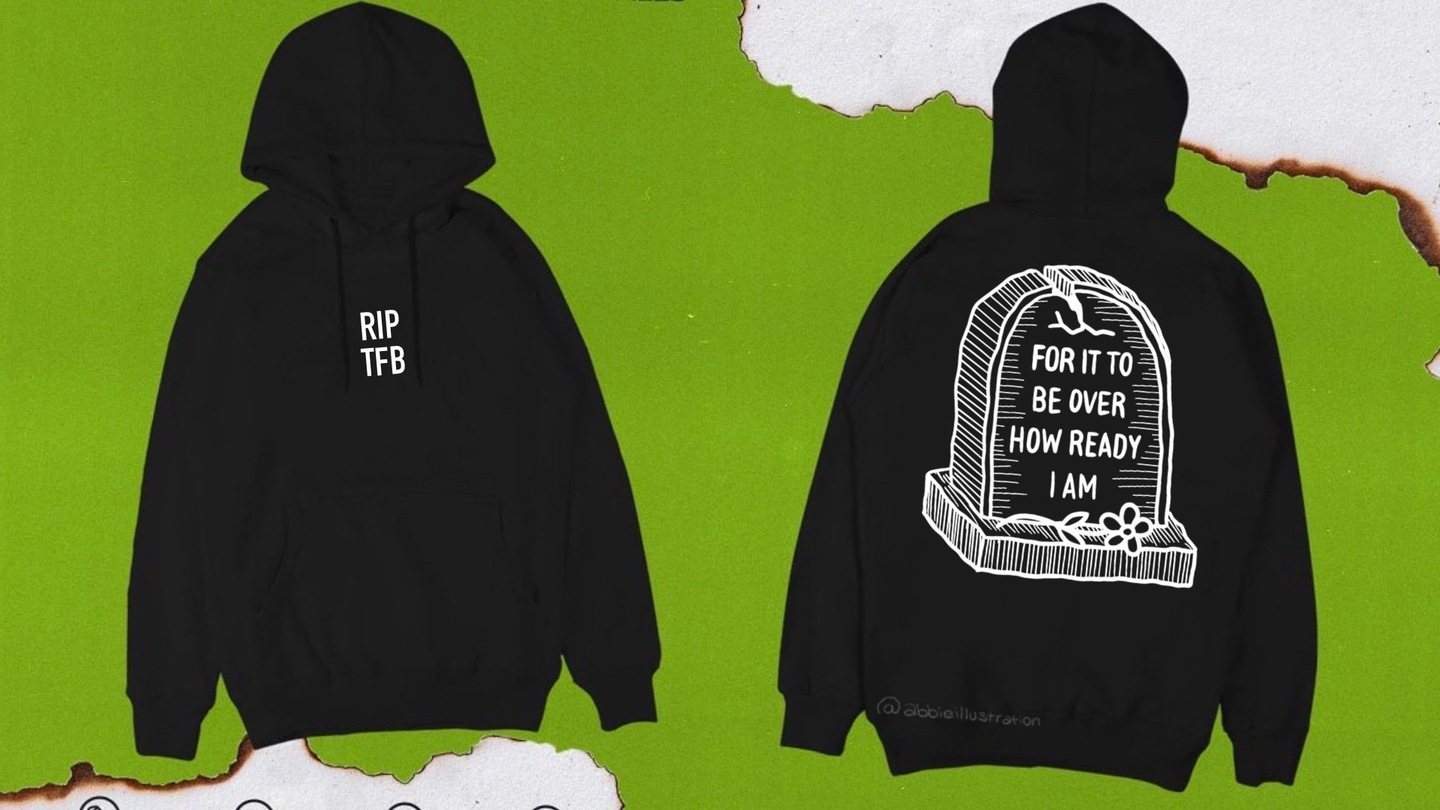