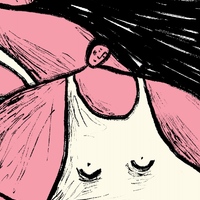 Focussing heavily on society, my predominantly people-focussed work, celebrates everyday living and the beauty of people interacting with society, nature and the environment around them.

I love creating colourful, lively and whimsical illustrations with lots of graphics. Using limited colour palettes in my work I hope to bring together a mix of texture and opaque colour through digital techniques. I initially work with pencil to create flowing shapes and lines for flocks of people and landscape scenes, later refining these sketches digitally and experimenting with textural brushes.

My interests as an illustrator over the last few years range from story telling, zines, children's books and to editorial images, allowing me to explore areas in my own practice and draw inspiration from many areas.

In my final year project, ‘What People Do’, I drew inspiration from daily rituals that keep people functioning in their day-to-day lives. I wanted to use this project to educate people and start a conversation surrounding the idea of little things that can contribute to a healthy mind. Whether these fleeting moments are smelling an orange in a food market, watering a plant in a garden, laying in the sun, or even just a fleeting interaction with a stranger. I wanted to capture these snapshot moments which embody the essence of people as creatures of society - made clearer through the pandemic. Demonstrating the significance of people enjoying the little things, I wish to highlight daily life in a colourful, society orientated zine.

'Lola and Padfoot's Forest Wander' was heavily inspired by British folklore in which I attempted to introduce children to their heritage and folklore by a lighthearted silent picture book. Focussing on shape, composition and texture I wanted to produce impactful but also delicate imagery so that the children can take away their own meaning. 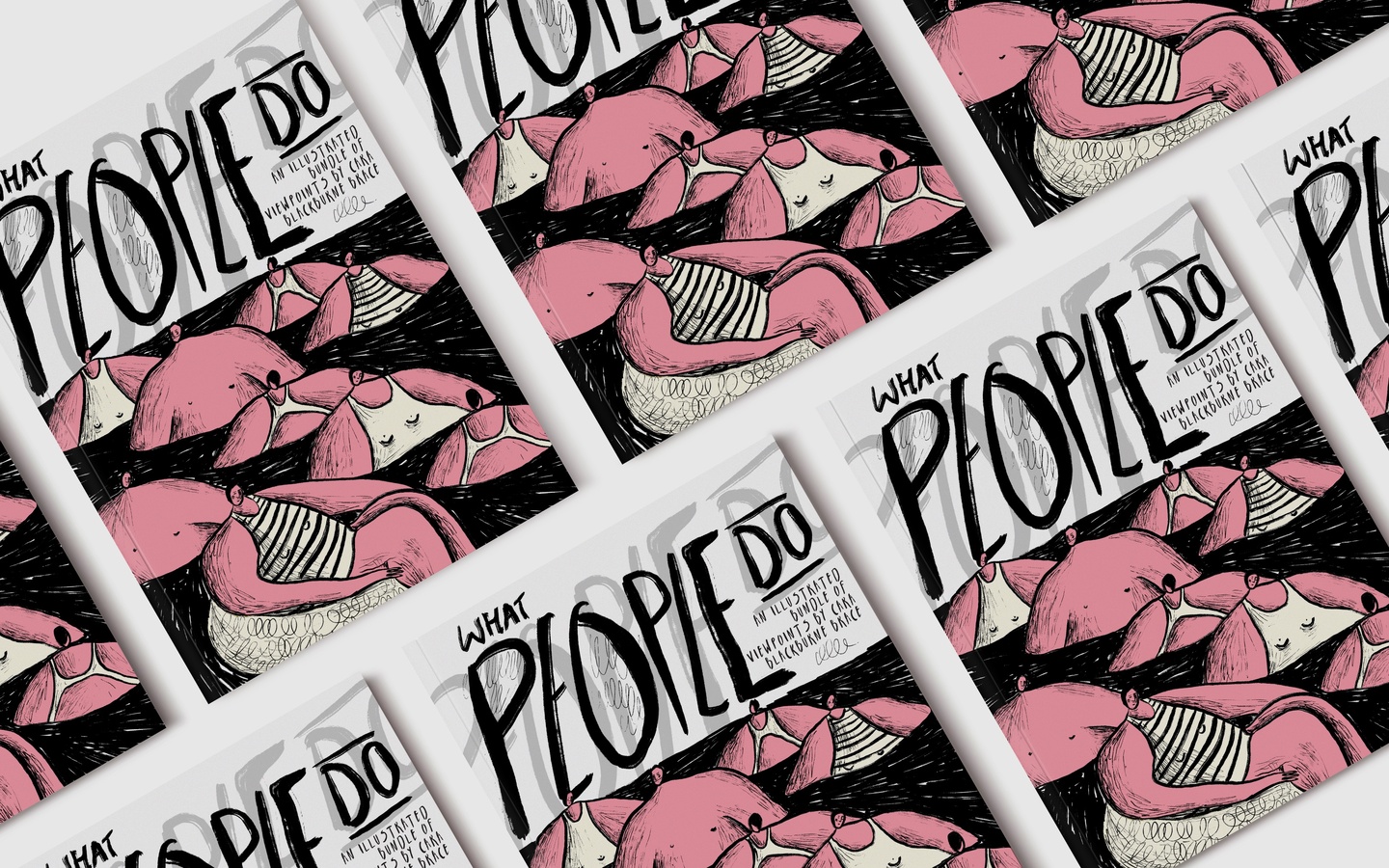 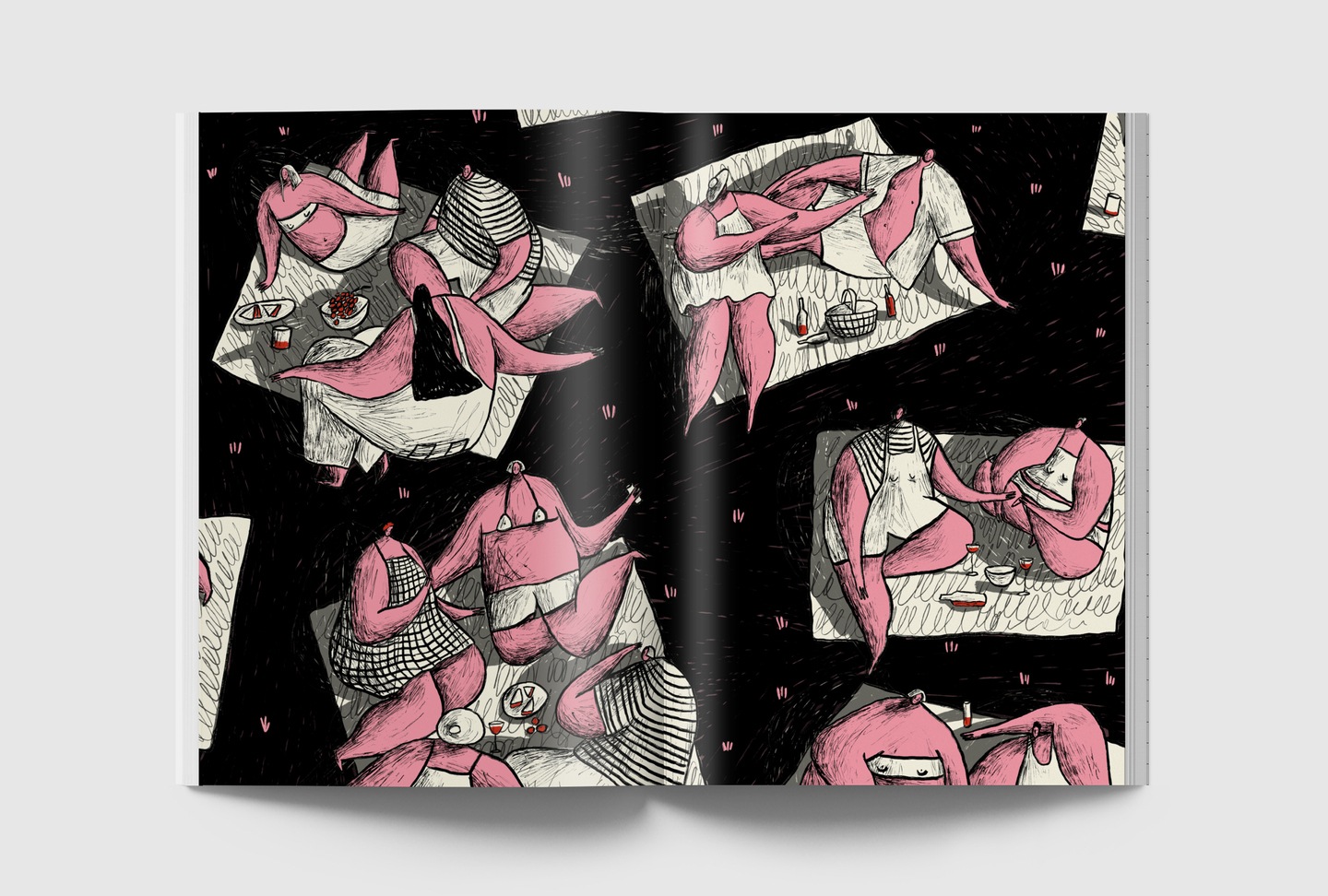 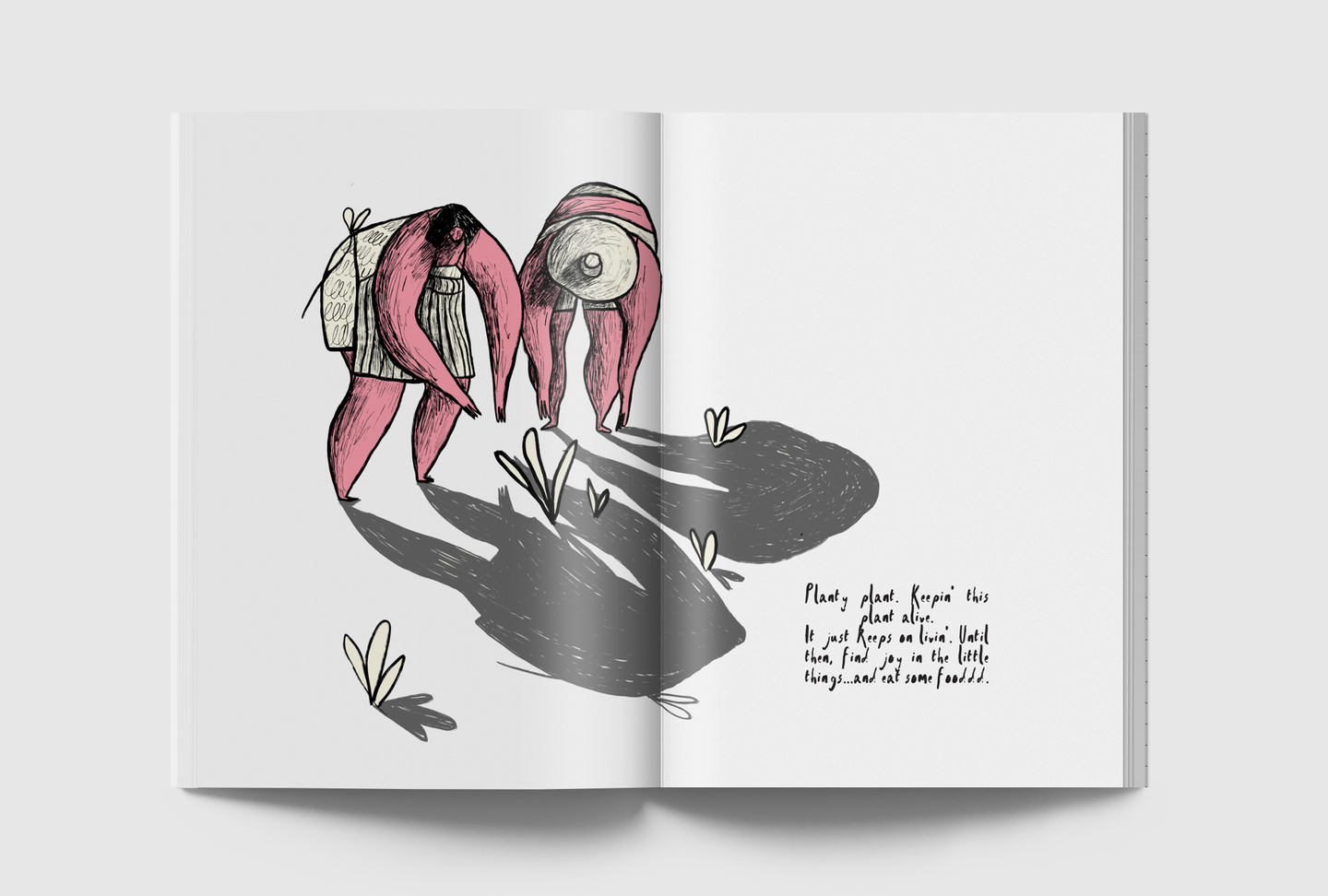 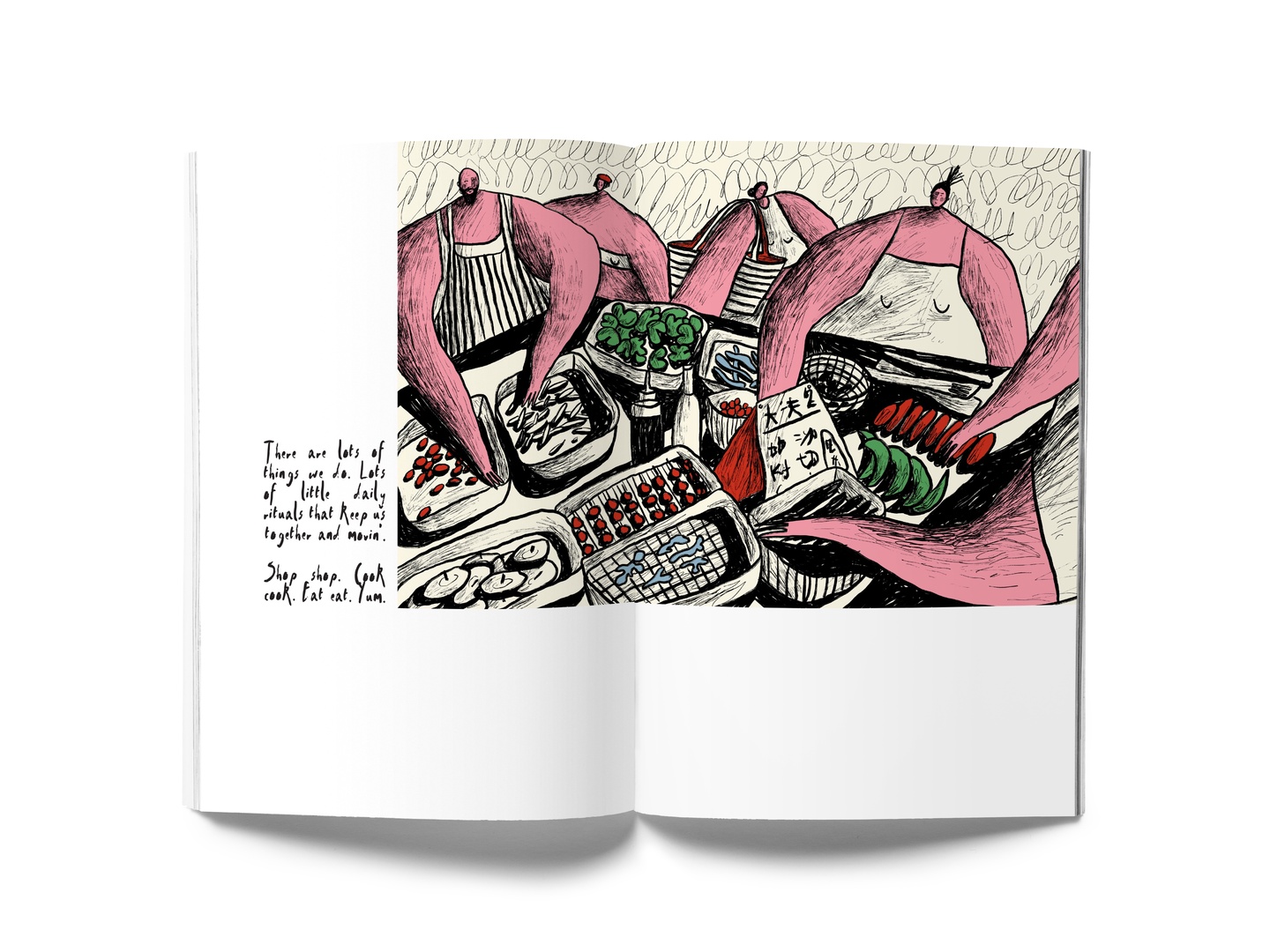 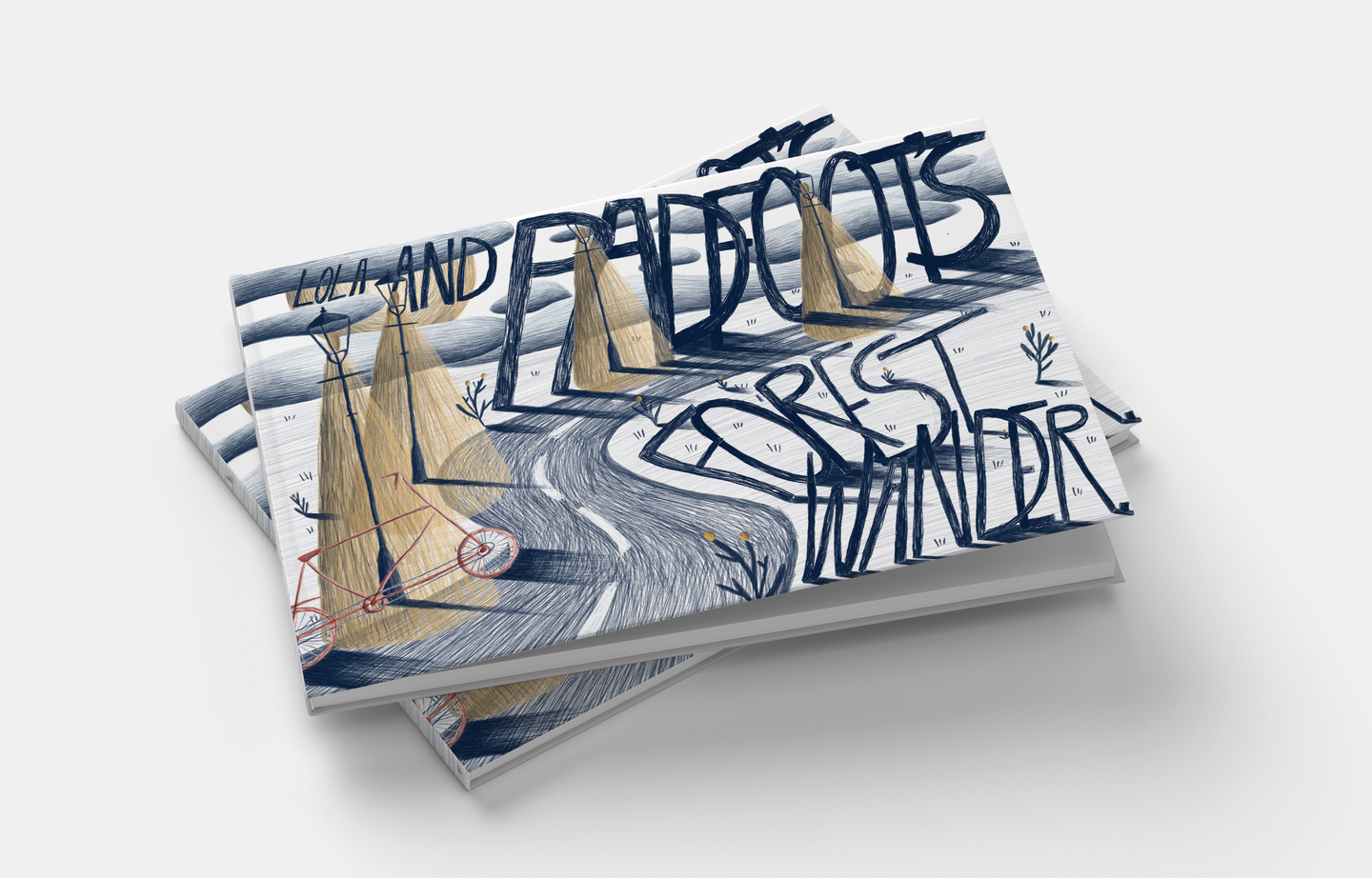 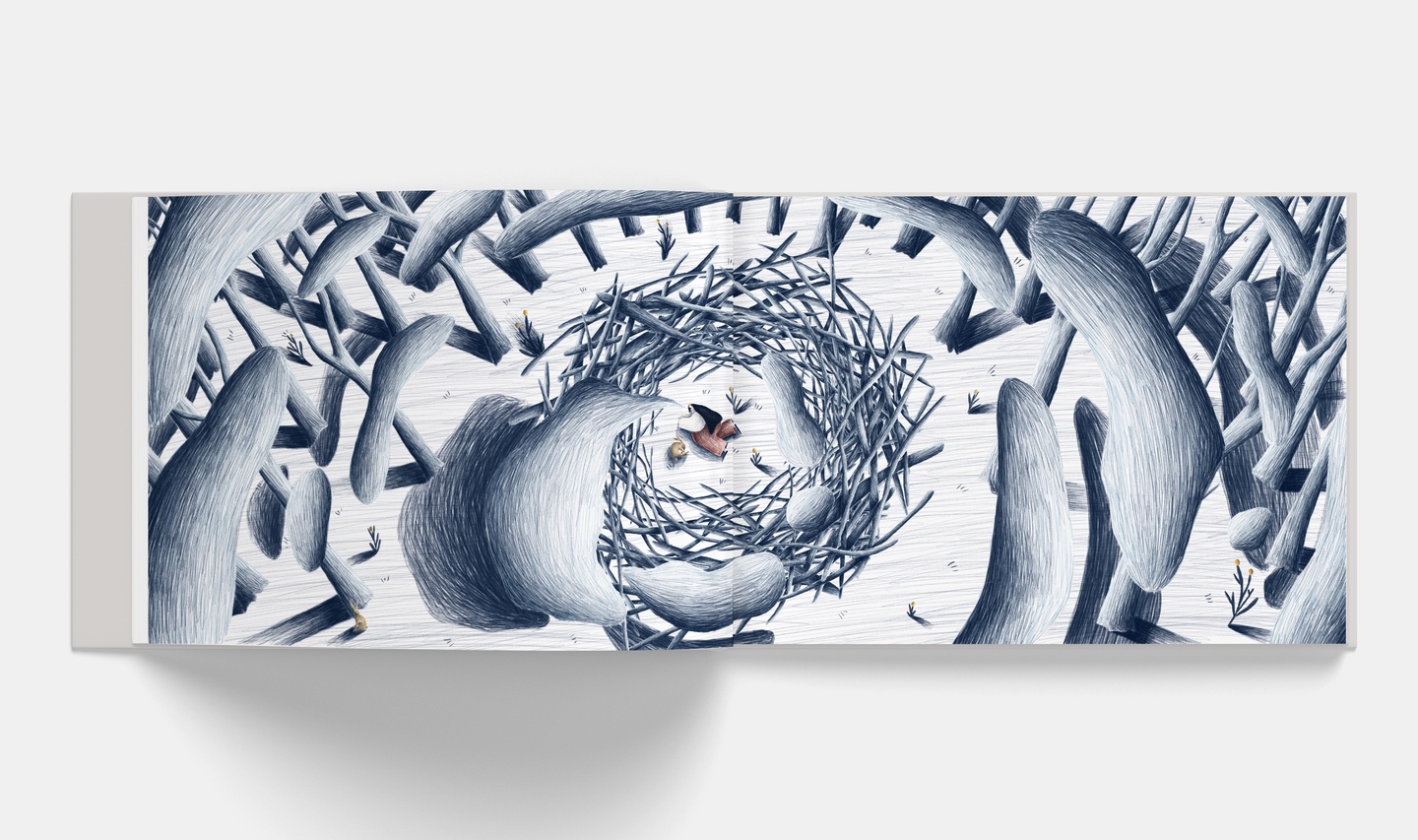 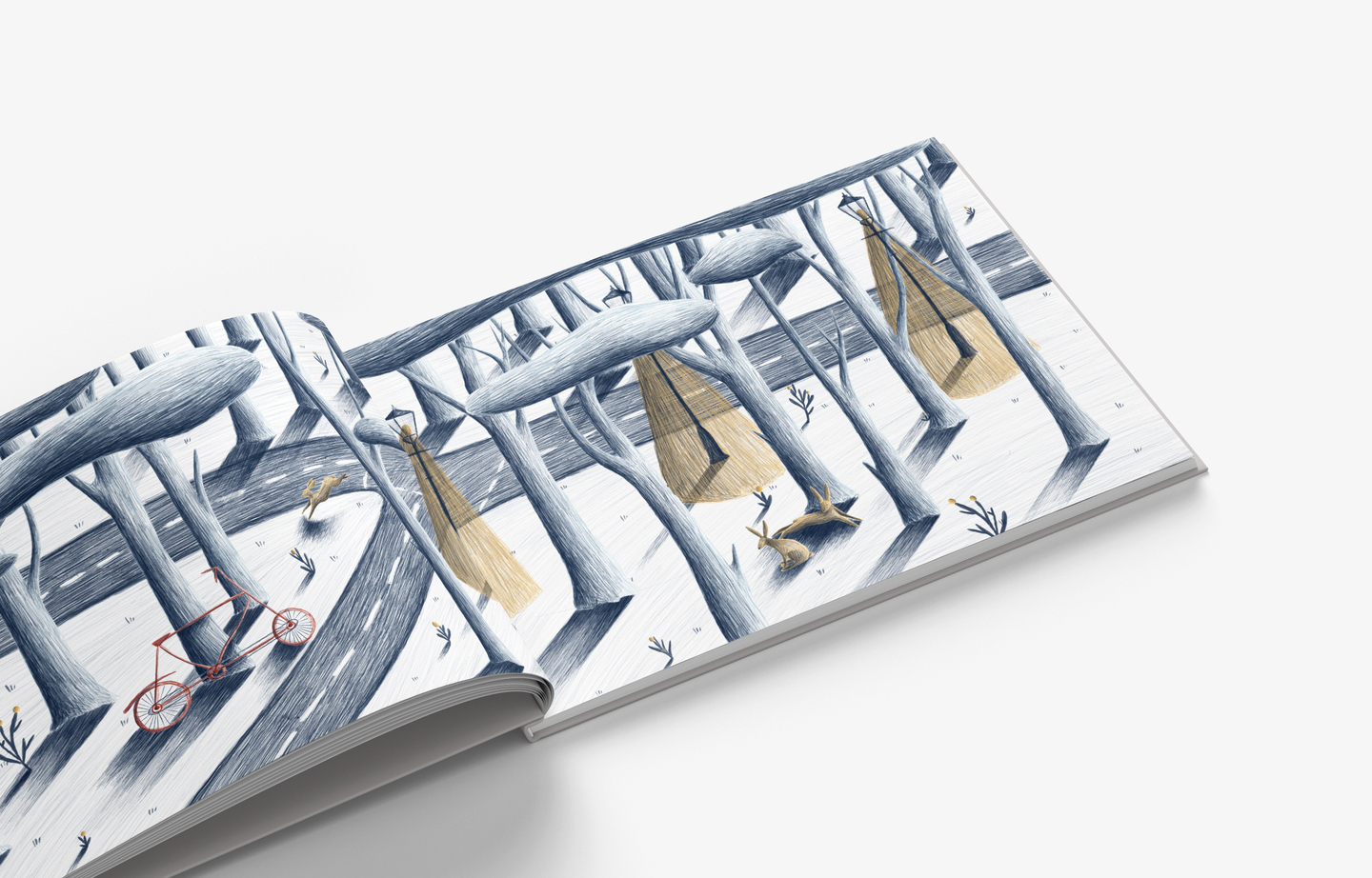 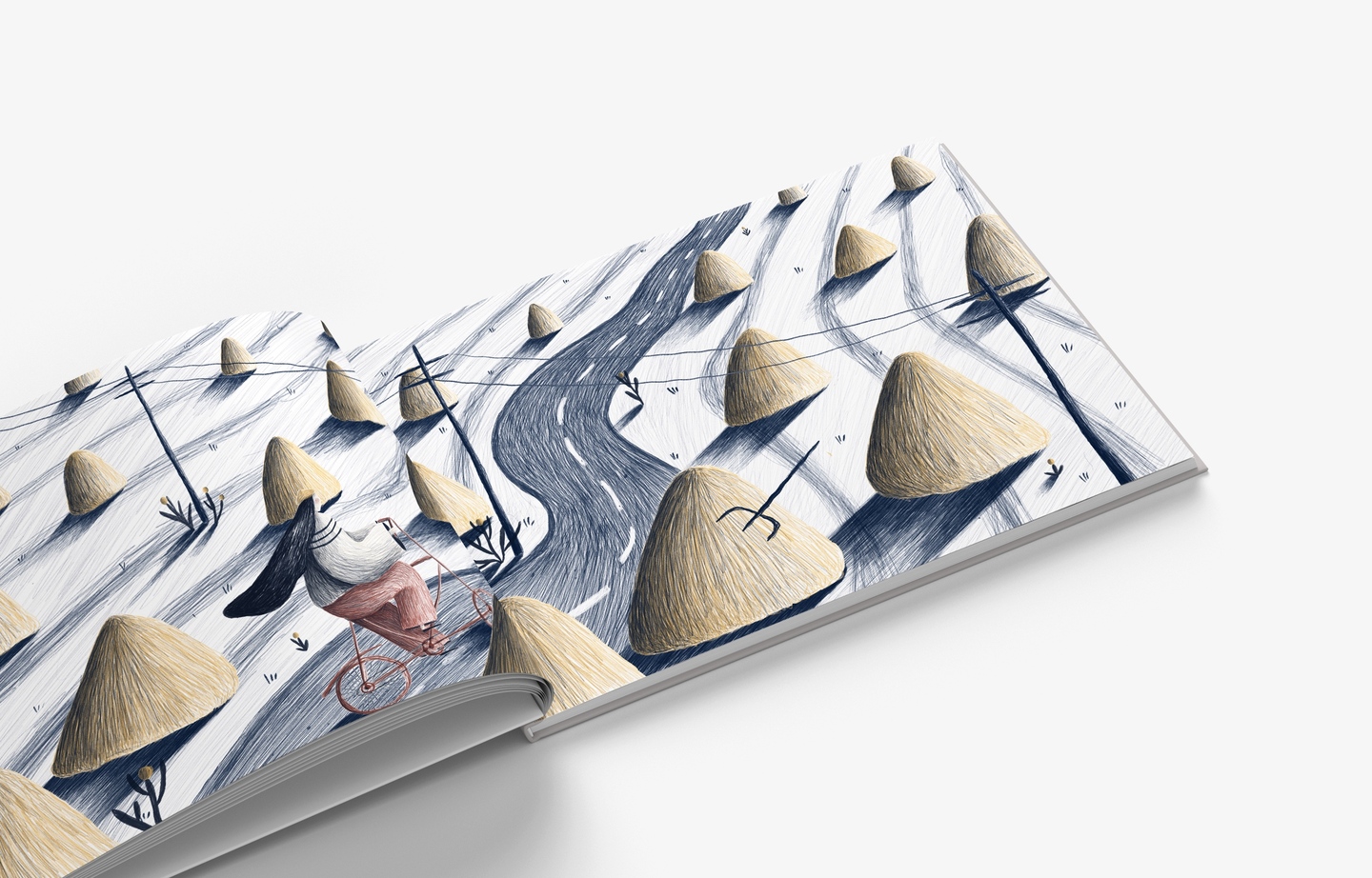