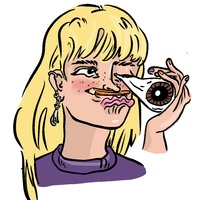 Meaningful positive difference is at the centre of what I aim to fulfil with my work. In my opinion, the biggest factor causing the arts to be such a vital part of life is because it is the only medium through which the human experience and condition can be shared, compared, and contrasted. I would describe my illustrations style as limitless narrative led cartoons. There’s plenty of comical references and surreal elements to absorb and unpack but the chaos is always considered and I hope that’s the fun of it. All of my work is planned by hand and then digitised through procreate on my iPad Pro.

Here I am showcasing my work from three projects;

The objective was to create a mural for the new Proton beam therapy centre that inspires hope, whilst embracing the values of both Tim and the NHS Christie in a hyper heart-warming way. At first glance the mural symbolises amusement/ recreation. I centred the theme around flight, freedom and playfulness; seeing things from a Childs perspective but drawn with maturity, the surreal elements tie it altogether. I think the most successful parts of this are the fact that the flight is facing opposite, the girl swinging creates a very graphic tear where our viewpoint is like her guardian and the pyramid centre holds the heart Mcr city centre, pulling at the strings.

I’ve brought elements of the surrounding city into it to create that sense of place that’s recognisable. All the buildings are aligned within the strings of the cat’s cradle these leading lines have the roads/ tracks running alongside presenting Manchester in a tangible perspective. The cat’s cradle could be a metaphor for how all things are delicately interconnected. As for the origami birds, the transition from plains to flight is so smooth, these graphically transform the piece almost like the characters look like they could lift off from the canvas at any given moment.

I admire the way art has given power in the context of campaign allowing illustrators like myself to shift the way people perceive societal issues.

This final year I’ve been feeling more and more connected with politics and current world affairs; I want to put my talents to use by interacting with social satirical commentary. I recognise I already benefit from many forms of privilege, I’ve been feeling overwhelmed with empathy, having general knowledge of such issues is nice but if I’m not actually interacting with this then it means nothing. As an illustrator I’d just be a gatekeeper. I just wish to amplify marginalised voices and encourage onlookers to examine their neutrality in the face of subjects like; systematic racism, the detrimental effects of the meat and dairy industry, the climate crisis and throw away culture. This is why I felt getting involved with the Creative Conscience Awards open brief for the Authorship Unit would be the perfect choice for me. My aim was to initiate awareness and help develop conversation around these issues.

This was a spontaneous side project that I did in a couple of weeks. A bundle pack of 4 Christmas card designs influenced by some very current covid related puns. 25% of the proceedings I donated to Centrepoint. 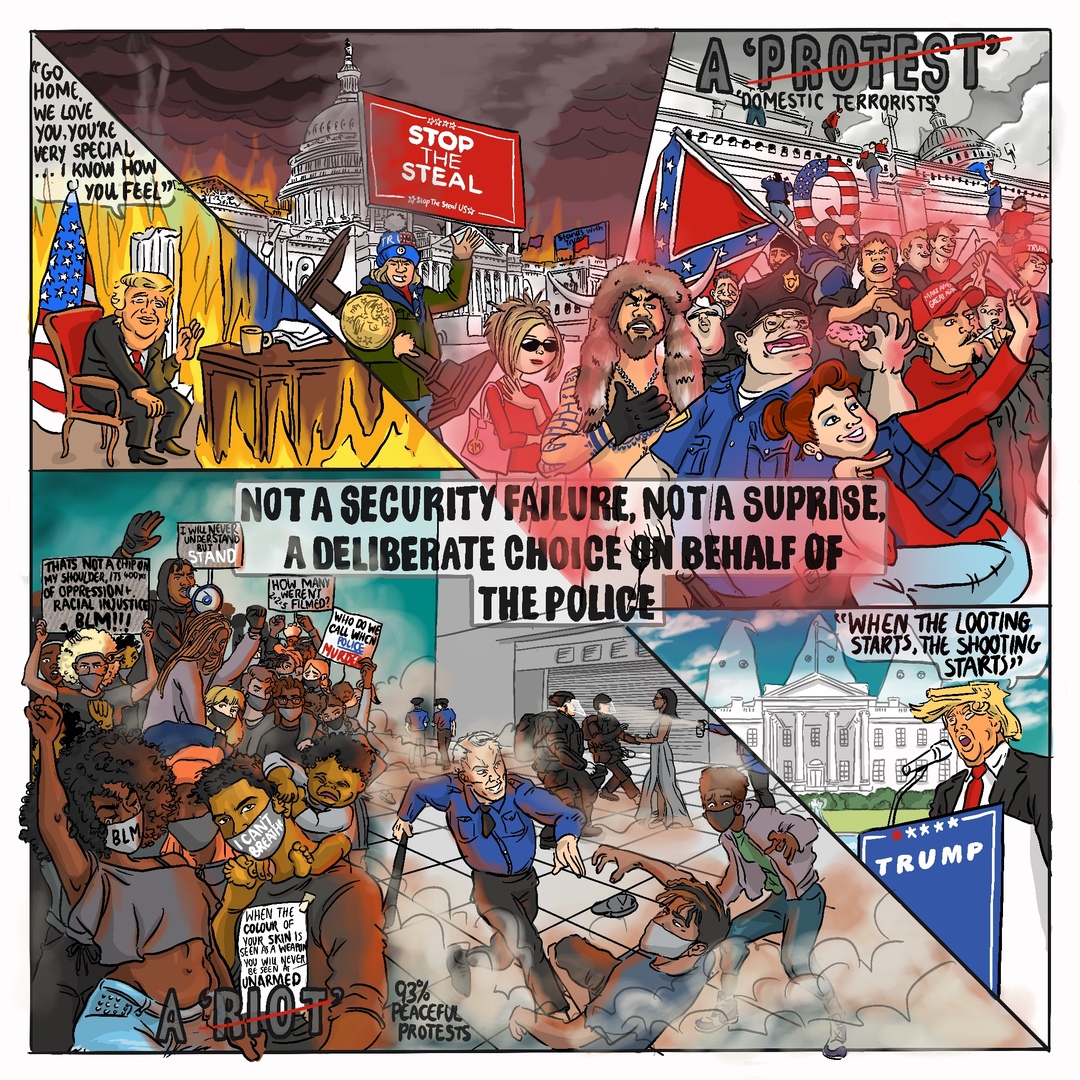 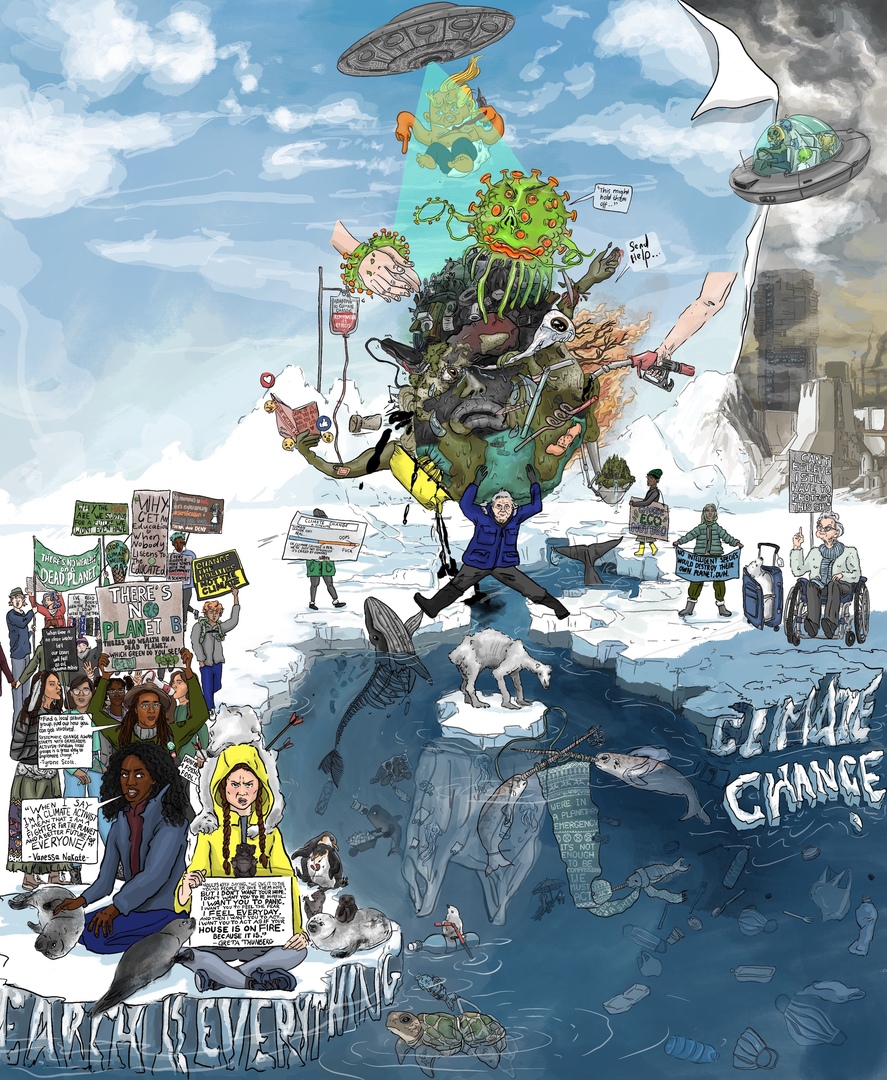 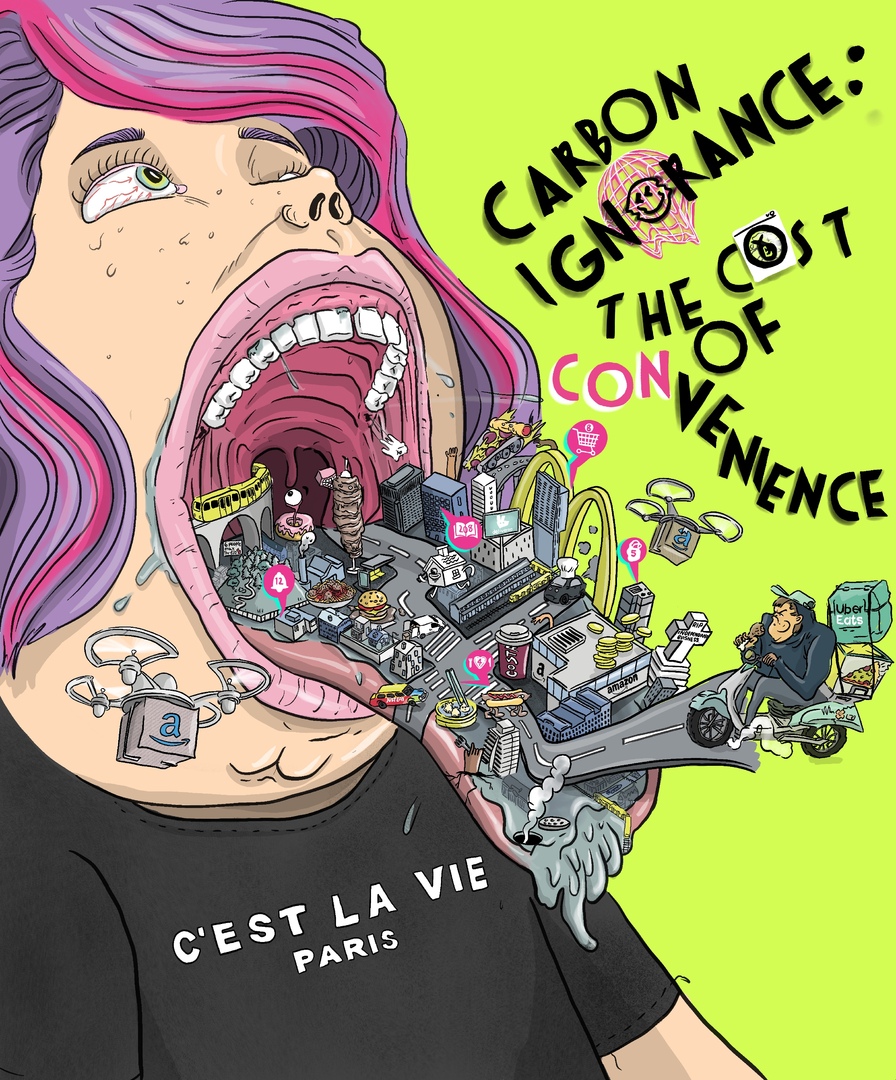 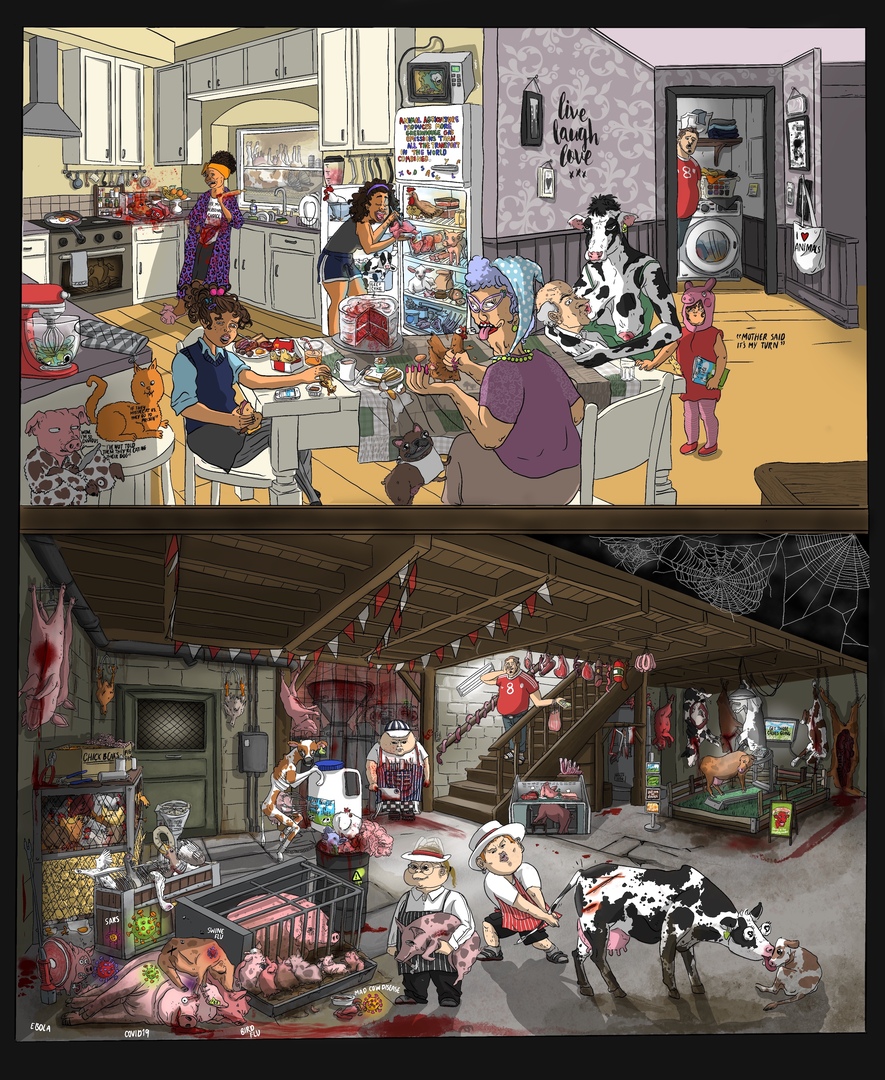 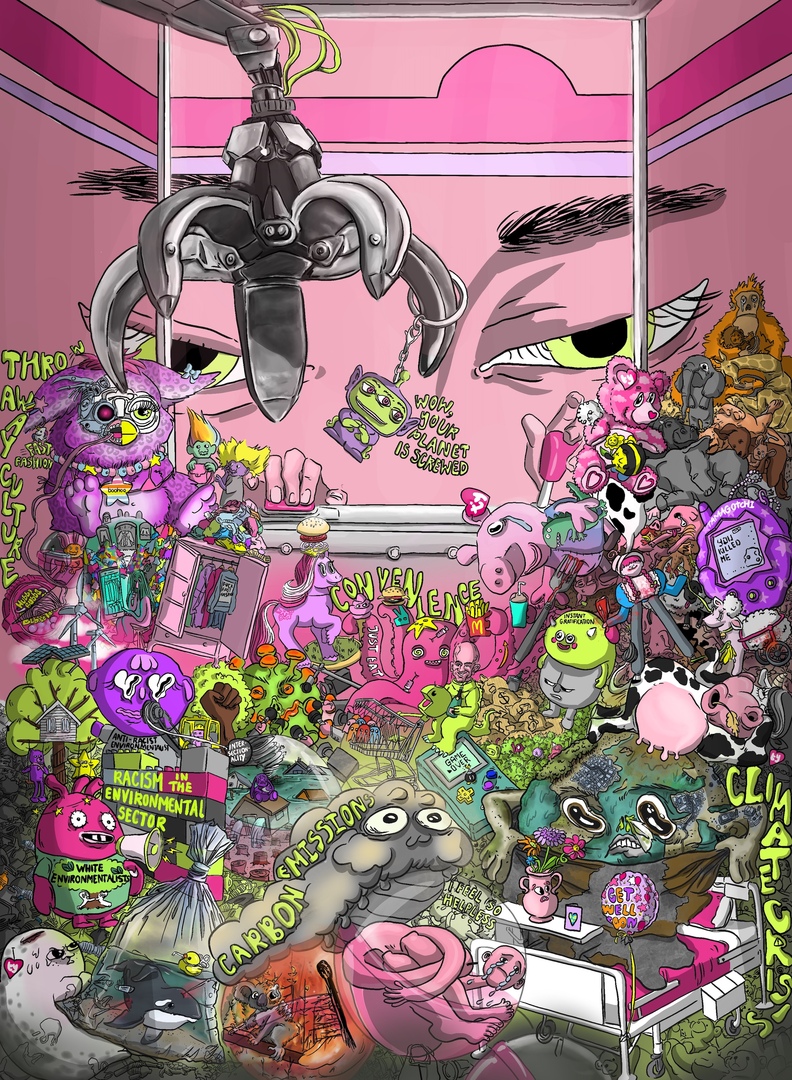 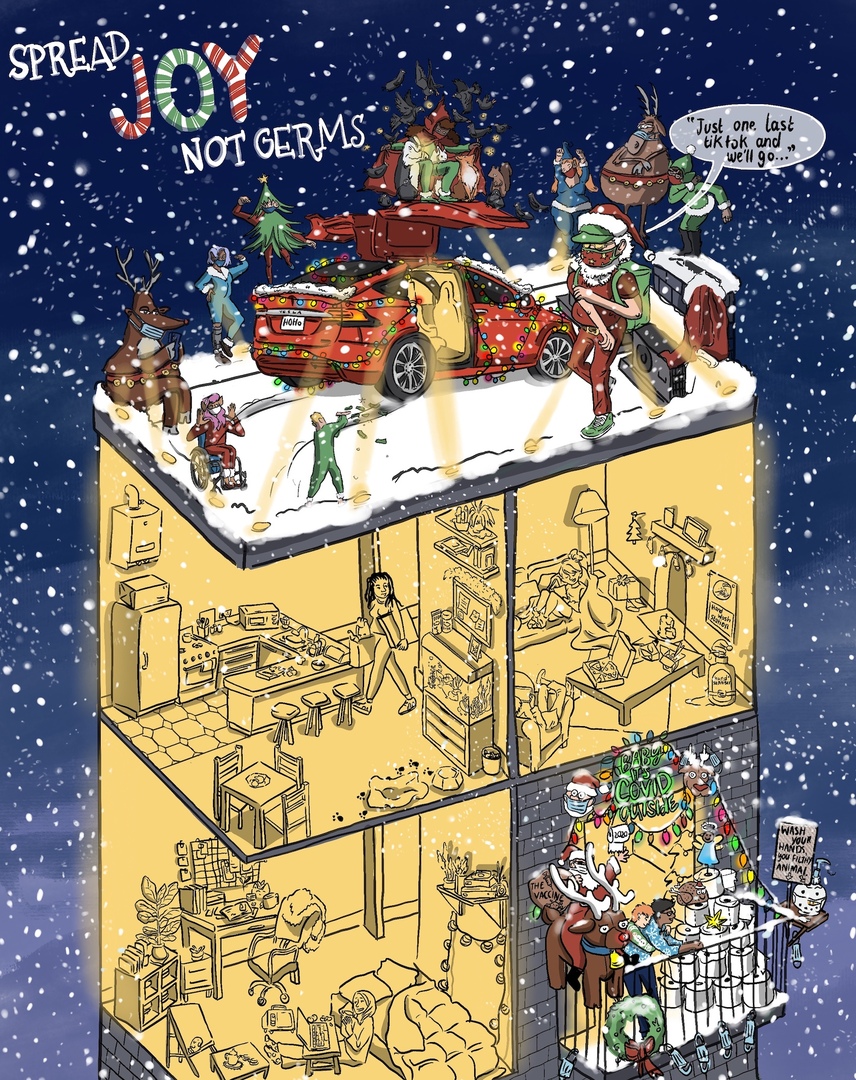 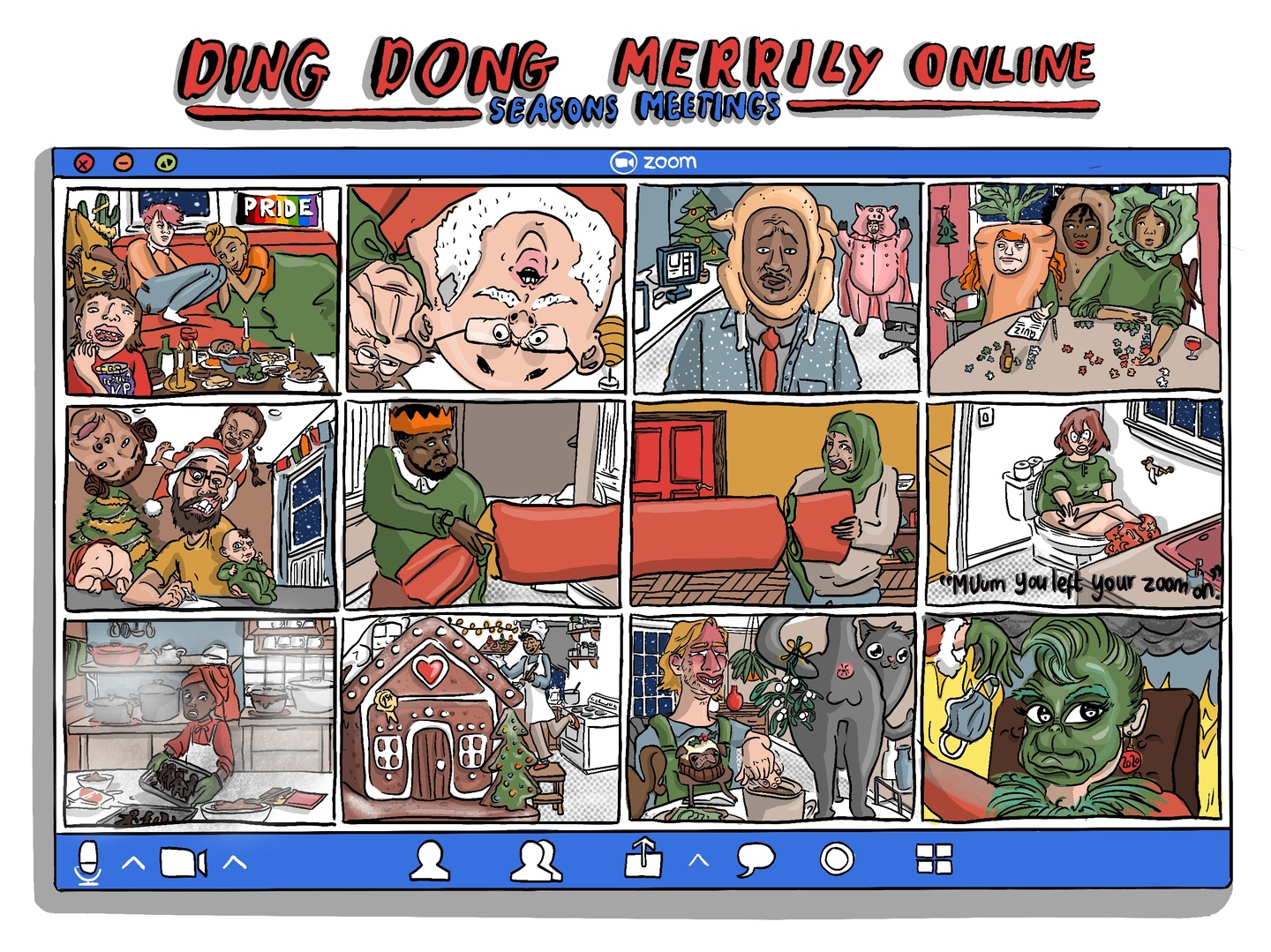 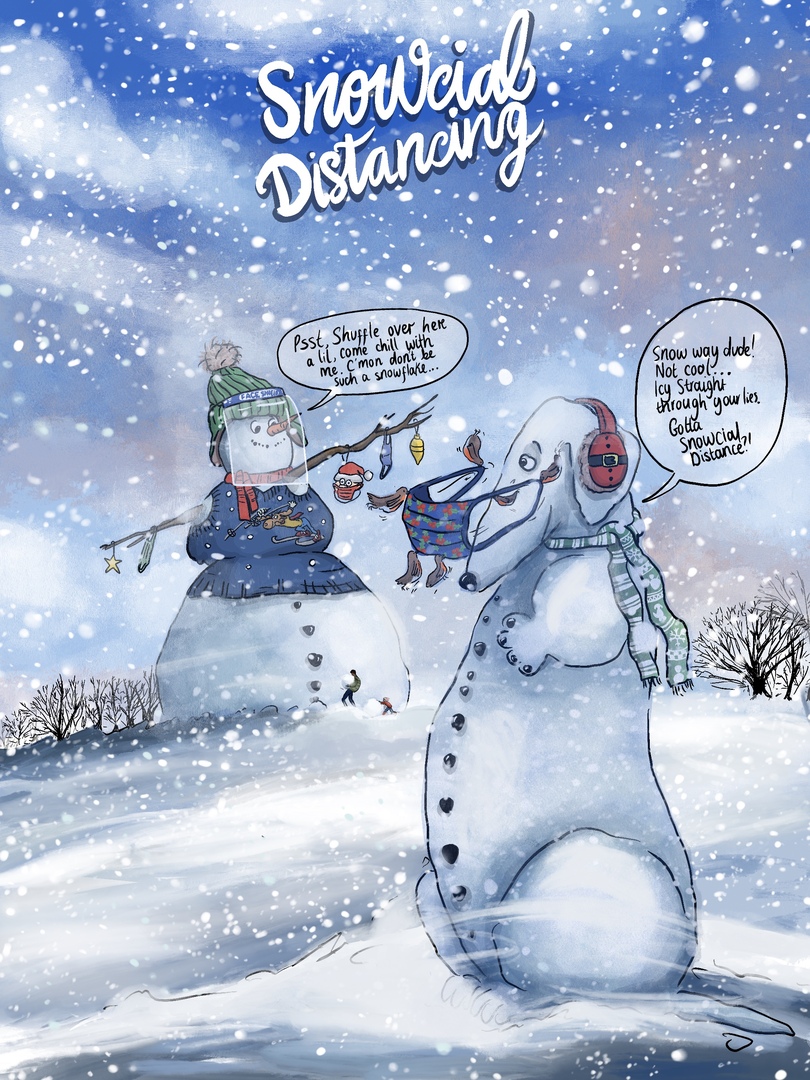 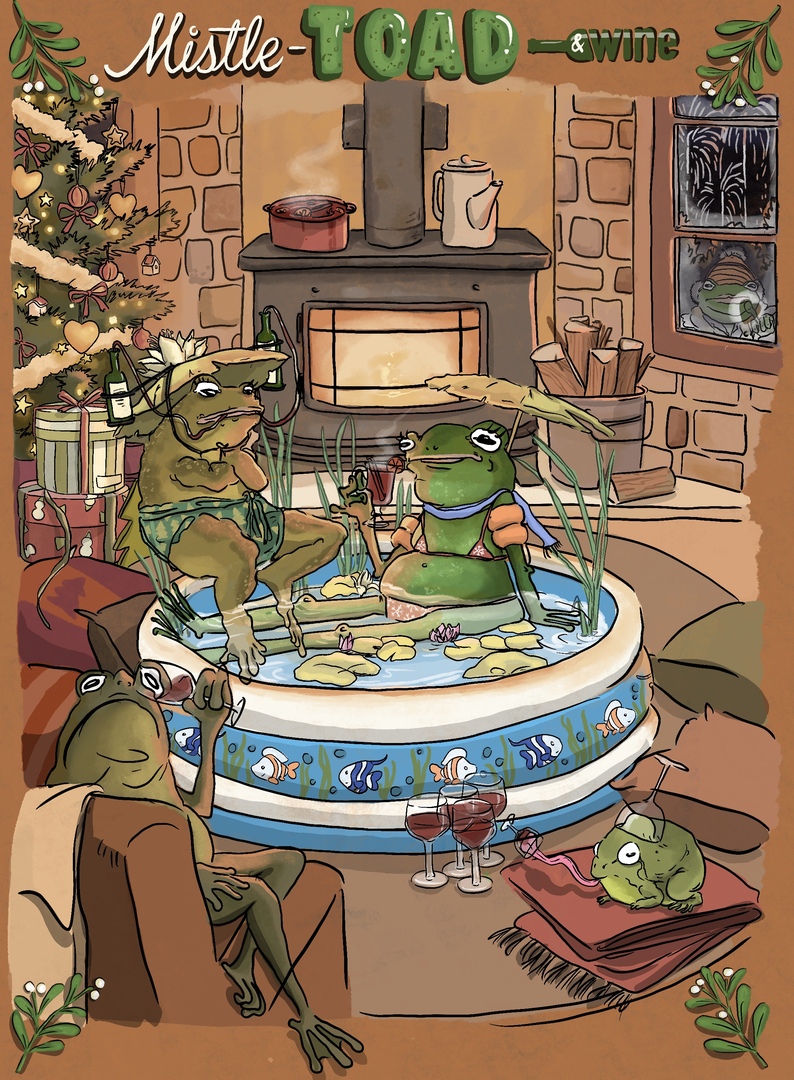